Say what you will, but palace security seems to be getting more lax these days.

Will Ferrell is American, but don't let him fool you — he loves the French.

Just when you thought Zac Efron had found his "ride or die," this happens. (Look it up, all the kids say it.)

It's fair to say that Farrah Abraham is on the naughty list.

Just a tip to David Harbour: Don't go looking for a frozen flagpole with that thing. It didn't work out in "A Christmas Story."

Rene Russo with that look you have when your friend bought you a Christmas gift but you got them nothing.

Even John Cena knows pro wrestling is just a bunch of bull.

Thanks, James Corden. At least someone in Los Angeles is popping champagne… lord knows the Dodgers couldn't do it.

Jennifer Lopez hasn't given Alex Rodriguez the boot yet, but this woman is getting it.

And for her next role, Margot Robbie will be playing the Phantom of the Opera.

Katie Holmes must have this look on her face every time she thinks about how close she was to Scientology.

We saw a guy just like Jack Black doing this in New York — though his coat was lined with "real" Rolexes.

Justin Theroux has a case of shock and Awe-niston. Get it? Aniston? He's married to her? Oh, never mind…

How Mark Hamill reacts when he senses that The Force isn't strong in someone.

Two questions, Mel B: What day is booty day, and is it a government-recognized holiday?

Sofia Vergara gives new meaning to the term "squeezing into a dress."

Sorry, Prince William, you scored with Duchess Kate, but that's the only time.

After seeing what Jason Biggs did to an apple pie, this sandwich never had a chance.

Adam Sandler is looking so fly these days.

Dave Franco might have scoliosis, but that's just a hunch(back).

Parker Posey is a little too nosy for her own good.

Isla Fisher has the worst friends. How did one of them not tell her that her lunch is still all over her face?

Rachel Bloom is watching a TV showing all those crazy Black Friday shoppers.

Leah Remini is not really into winter — she's much more into fall.

No, no, no, Vincent Cassel, the saying is the APPLE of my eye.

Dear Sophie Turner, this is your future.

Abby Elliott's career is doing well… Ain't that a kick in the head?! 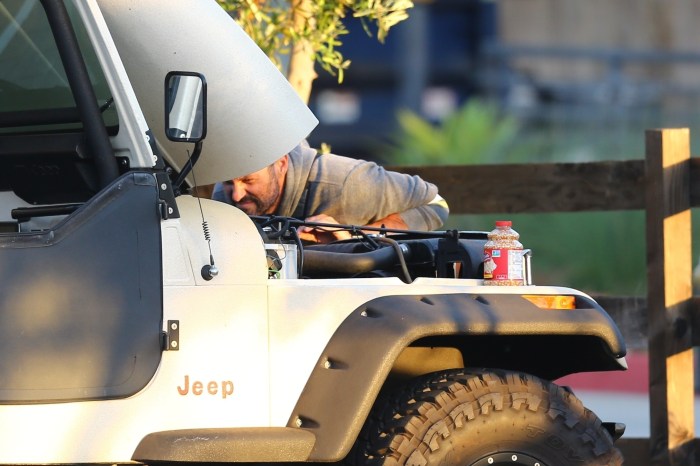