When it comes to his "Fuller House" co-stars, Dave Coulier sees no evil.

It could be Tom Hardy on the other end of those sales calls… Is that a good thing?

It might be mid-week, but Eric Stonestreet knows that anytime is a good time to get smashed.

Michael Madsen's shirt is more chaotic than the White House.

Amy Poehler's spirit animals are increasing by the minute.

Like Frankie Avalon, the Dodgers are trying to ride that wave.

Too bad Mark Hamill can't fix that gap in his resume between "Star Wars" films.

Does Jimmy Fallon ever get tired of kissing up to the camera?

Hannah Brown usually only looks this annoyed during the season finale of "The Bachelor."

Jada Pinkett Smith is over Willow breathing down her neck.

We usually see this move from the Captain Morgan guy, not from Taraji P. Henson.

The '80s got "Dirty Dancing" and all we got was Jason Sudeikis doing this.

Adam Sandler's audition to be the Hulk went poorly.

Moby is not as natural as the "Can you hear me now" guy.

Don't we have enough Jimmys in late night TV already?

Padma Lakshmi will be drunk until 2023.

Tommy Lee Jones with the look of every NFL gambler every single Sunday.

Meat Loaf lost his grip on reality a long time ago.

Trisha Yearwood scored about as many goals as the Nashville Predators team during the playoffs.

Maybe this is an upgrade for Robin Thicke.

Heidi Montag is still trying to clean up her image.

Chase Rice doesn't like to socially distance from toppings… or concert crowds.

Paul Feig has definitely had better rest on a Sleep Number bed.

And then Prince Harry said, "There's gotta be a quicker way to get out of the U.K."

Leslie Jones is balling about as well as the Knicks did this year.

Just think of all the money Jason DeRulo saves by not owning undershirts.

Niall Horan needs to go in the direction of the clothing store.

"Hello, Uber? This is Olivia Jade. Can you send a boat instead of a car? I'd like to row home."

Apparently Robert Herjavec thinks sharks and swans can be friends.

Although this was in 2018, between the mask and "Tiger King," Beyonce was already peak pandemic.

Lisa Vanderpump couldn't even keep a leash on the cast of her show, so…

Looks like Charlie Sheen had more fun tonight than you… and he'll have far less fun than you tomorrow morning.

The only thing messier than this is Will Smith's marriage.

Christina Milian is the meme of 2020: barely keeping our heads above water.

Everyone who thinks Bill Murray is a visionary needs to think again.

She's only been in two of his films, but Spider-Man is already over Zendaya.

The only thing Lance Armstrong knows about drawing is drawing blood.

Halsey was convinced she was a DIY painter.

Thanks to this purchase, Dita Von Teese hasn't had to buy lipstick since 1998.

Take your own advice, Joan Jett, and Runaway.

A future photo of Will Smith from the next time he sees August Alsina.

Me on Facebook when people want to have political conversations…

We always thought Bill Murray's only eyesore was "Rock the Kasbah."

The royals may have crowns, but Pippa Middleton got a halo. Religion over royalty.

In tropical locations, Redfoo's outfit is also used as a Christmas tree skirt.

Lily Tomlin, still kicking butt after all these years.

Zedd is not built to be a frontman.

David Copperfield might want to make Jim Carrey disappear from his photo. 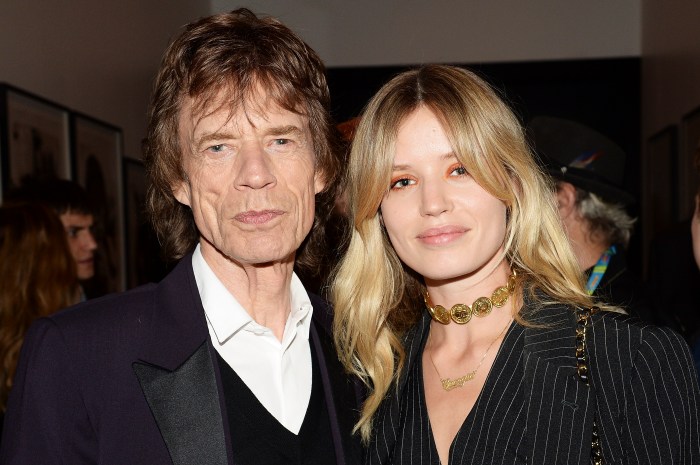 Up Next Bucking tradition

Loved up in NYC