Larry King is recovering from a heart procedure he had after experiencing chest pains. Some reports on April 29 said the TV legend suffered a heart attack and went into cardiac arrest, but Larry's rep denied those claims. "His doctor successfully performed the angioplasty and inserted stents to reopen the previous bypass from 1987," his team said in a statement. "He has been recuperating in the hospital and is scheduled to be released soon. His doctors expect him to make a full recovery."

Surprise! Joe Jonas and Sophie Turner are married. The couple wed in Las Vegas and the ceremony was officiated by, yes, an Elvis impersonator. DJ-producer Diplo posted footage of the nuptials — which took place a few hours after Joe performed with the Jonas Brothers at the Billboard Music Awards — on his Instagram Story. Joe's brothers and bandmates Kevin Jonas and Nick Jonas were there, as were the men's wives, Danielle Jonas and Priyanka Chopra. Country duo Dan + Shay sang "Speechless" while Sophie walked down the aisle in a white silk top with matching pants. Khalid also attended the ceremony, which took place at the Chapel L'Amour inside A Little White Wedding Chapel. Elvis, by the way, serenaded Joe and Sophie with "Viva Las Vegas" after the "I dos."

Legendary director John Singleton passed away on April 29 after his family took him off life support. He was 51. The director had been in the hospital since suffering a stroke on April 17. A family rep said the filmmaker passed "peacefully, surrounded by his family and friends." Afterward, many of Hollywood's biggest names took to social media to honor the "Boyz in the Hood" and "Poetic Justice" director. Regina King said he was "one of the greatest to ever do it." Samuel L. Jackson called him a "true friend." Angela Bassett said, "He gave a voice and an opportunity to many. Count me in that grateful number."

Jude Law married his girlfriend of four years, psychologist Phillipa Coan, in London on April 30 in a hush-hush wedding at Old Marylebone Town Hall. According to the Sun, the ceremony was so intimate, the couple only invited their closest friends and family members. Jude, 46, wore a blue corduroy suit while Phillipa, 32, donned a ruffled off-white minidress and veiled fascinator.

"Teen Mom" star Jenelle Evans' husband, David Eason, shot and killed their family dog after it nipped their 2-year-old daughter, Ensley. While David is unapologetic, Jenelle — who confirmed on May 1 that he took her pet into the woods and shot it — is heartbroken. "Nugget… I'm crying everyday. I love you so much and I'm so sorry. I'm speechless," she said on Instagram. "You still had a lot to learn and a lot to grow from your lessons." David is not on the same page. He said on social media, "I'm all about protecting my family, it is my life's mission. Some people are worth killing or dying for and my family means that much to me. You can hate me all you want but this isn't the first time the dog bit Ensley aggressively. The only person that can judge [whether] or not a animal is a danger to MY CHILD is ME." On May 2, TMZ reported that North Carolina's Columbus County Sheriff's Office and Animal Control division had initiated a joint investigation into allegations of animal cruelty.

Former "Silver Spoons" star Rick Schroder was arrested in Los Angeles on May 1 on suspicion of felony domestic violence — his second DV arrest in 30 days. Police said they got a call from a female claiming the actor was striking her. "When deputies arrived, they made contact with the suspect and the victim. They also identified evidence of a physical altercation," a police officer told Fox News. "The female adult victim declined medical treatment." TMZ, which claimed the victim was Rick's girlfriend, noted that the fact that it was a "felony" arrest typically means the victim had visible marks of some kind.

Surprise! Actresses Blake Lively and Keira Knightley both revealed they're pregnant by stepping out sporting visible baby bumps at two separate events on May 2. Blake made her announcement that baby No. 3 is on the way at husband Ryan Reynolds' New York City premiere of "Pokémon Detective Pikachu." Keira shared the happy news that daughter Edie, 3, will soon be a big sister when she arrived in full bloom alongside husband James Righton to a Chanel event in Paris.

"The Real Housewives of New York" star Luann de Lesseps has violated her probation at least twice and isn't taking her legal situation seriously, according to her probation officer. Luann has been on probation since striking a plea deal last year following a drunken 2017 arrest. Part of the plea deal states that Luann has to abstain from alcohol. However, the Florida Department of Corrections said in court docs on May 2 that "per her New York Probation Officer, [she had] an alcohol test conducted on 04/21/2019. [She] admitted to drinking 2 glasses of mimosas after a performance she had in Chicago." Luann has reportedly refused to enroll in outpatient treatment and said no to an ankle alcohol-monitoring device because it was "too intrusive," Page Six reported, citing the docs. Luann was also supposed to go to AA meetings twice a week, but has apparently only gone to five total. "It appears to [the court] that [she] is not serious about her sobriety or the orders of this Court," the documents said. "As stated on previous notification, [she] has used her unlimited travel as a reason to be noncompliant with her conditions of supervision."

Alex Trebek gave "Good Morning America" an update on his cancer battle on May 1, saying that he's "doing well." Earlier this year, the "Jeopardy!" host was diagnosed with Stage 4 pancreatic cancer. "My oncologist tells me I'm doing well, even though I don't always feel it," he revealed. "What I'm not used to dealing with is the surges that come on suddenly of deep, deep sadness. It brings tears to my eyes. I've discovered in this whole episode, ladies and gentlemen, that I'm a bit of a wuss. But I'm fighting through it." Alex is continuing chemotherapy.

Jussie Smollett's time at "Empire" appears to be over. However, the door has been left open for a potential return at some point. "By mutual agreement, the studio has negotiated an extension to Jussie Smollett's option for Season 6, but at this time there are no plans for the character of Jamal to return to 'Empire,'" Fox Entertainment said in a statement on April 30. Jussie's future has been in question ever since he claimed to be be the victim of a hate crime. Police officials later said the attack was staged; the actor was charged with 16 felony disorderly conduct charges, which were later dropped in controversial fashion. Jussie, however, has maintained his innocence and insisted he was a victim. A spokesman for Jussie said, "We've been told that Jussie will not be on 'Empire' in the beginning of the season but he appreciates they have extended his contract to keep Jamal's future open."

Pink revealed something very personal this week — she's had several miscarriages, including one when she was just a teenager. The topic came up because of lyrics in the pop star's new song "Happy," in which she sings that her body always "hated" her. "The reason I said [that] is because I've always had this very tomboy, very strong gymnast body, but actually at 17 I had a miscarriage," she told USA Today. "And I was going to have that child. But when that happens to a woman or a young girl, you feel like your body hates you and like your body is broken, and it's not doing what it's supposed to do. I've had several miscarriages since, so I think it's important to talk about what you're ashamed of, who you really are and the painful [expletive]. I've always written that way." 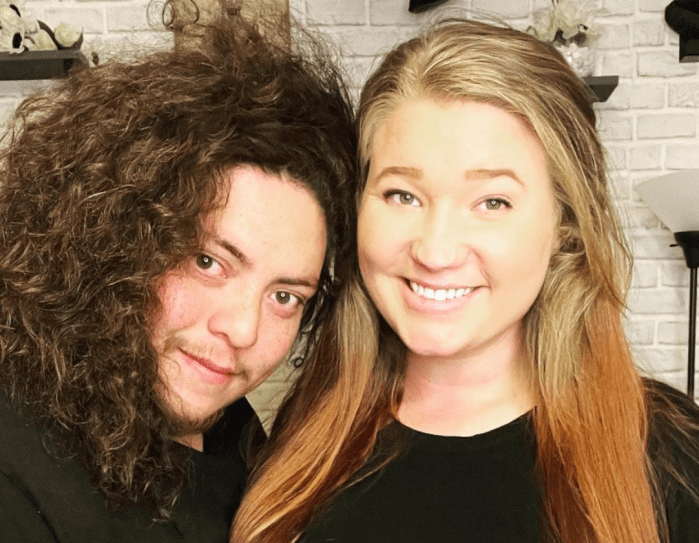