Dwayne Johnson's longtime lady love is now wearing, well, a rock. The Rock and Lauren Hashian got married on Aug. 18 in Hawaii, he revealed on Instagram. One day after the nuptials, the actor posted a photo of himself and his bride in their wedding day attire (he wore white pants and a white shirt and two leis; she wore a $12,000 wedding lace dress by Mira Zwillinger). "We do," he captioned two stunning wedding photos. "August 18, 2019. Hawaii. Pōmaika'i (blessed)." The couple share daughters Jasmine, 3, and Tia, 1. For years, Dwayne has called Lauren his wife. "I just refer to her as my wife all the time. So a lot of people are like, 'Oh, did you get married?'" he told "Entertainment Tonight" in 2018. "I'm like, 'No. Easy. Don't rush big daddy."

Less than two weeks after Liam Hemsworth and Miley Cyrus announced their separation, he formally filed for divorce. On Aug. 21, the actor filed paperwork in Los Angeles that cited "irreconcilable differences" as the reason for the split and listed their date of separation as "TBD." The former couple, who married in December 2018 after 10 years of an on-and-off relationship, have an ironclad prenuptial agreement, according to TMZ, and share no children, so it's expected that that divorce will be relatively smooth. TMZ reported that Miley reached out to Liam about working on their marriage, but he was simply over it. A few days before the filing, Miley was seen making out (again) with Brody Jenner's ex, Kaitlynn Carter. On Aug. 22, Miley took to Twitter to blast claims that cheating ended the marriage and told fans that she's "happier than I have been in a long time."

Taylor Swift released her much-anticipated seventh studio album, "Lover," on Aug. 23, one day after she performed in New York City's Central Park on "Good Morning America." But that was only some of the news she made this week. In an interview with "CBS Sunday Morning," the pop star revealed that she plans to re-record her first five albums, which she'd made while signed to Big Machine Records, since she doesn't own her master recordings. The move is meant to take money out of the pocket of nemesis Scooter Braun, who bought Big Machine earlier this summer (Taylor was livid after the sale occurred, calling it her "worst case scenario"). Reports reveal there are legal hurdles Taylor will have to jump over, however, one of them being that she will have to somehow deviate from the original versions of her songs.

Katie Holmes and Jamie Foxx's under-the-radar romance has reportedly ended. A source told Page Six on Aug. 19 that Katie was recently overheard at dinner saying their relationship had been over for some time. "What Jamie does is his business — we haven't been together for months," she supposedly said. News of the split came after Jamie was seen in Los Angeles with aspiring singer Sela Vave, whom he's denied dating. Reasons given for the split differed, depending on who you asked. Katie and Jamie were first linked in 2013 and worked hard to keep their six-year romance secret. In May 2019, they publicly debuted as a couple at the Met Gala.

Lil Nas X's Billboard reign is over. For nearly five months (19 weeks, to be exact) the rapper's "Old Town Road" remix featuring Billy Ray Cyrus stood atop the Billboard Hot 100 chart. However, this week, his massive hit was finally bested when Billie Eilish's "Bad Guy" became the No. 1 song in the country. "Bad Guy" had been stuck at No. 2 for nine weeks. During the 19-week dominance, "Old Town Road" became the longest leading Hot 100 chart topper of all time. After he was dethroned, Lil Nas X tweeted the teen who bested him, "Congratulations to billie eilish!! u deserve this!!"

After 22 years together, Larry King and his seventh wife, Shawn Southwick King, are divorcing. The 85-year-old TV and radio host filed divorce documents in L.A. Superior Court on Aug. 20. This will be Larry's eighth divorce (he was married to one former wife, Alene Akins, twice). TMZ reported that their two adult children — Chance, 20, and Cannon, 19 — encouraged their dad to pull the plug on the marriage. Shawn was reportedly shocked by the filing. This is actually the second time Larry has filed for divorce from Shawn: They reconciled after he did it the first time in 2010.

She's coming back! Hoda Kotb will return to her "Today" anchor desk on Sept. 3. "There hasn't been a second that I haven't loved (with the kids)," she said. "I loved it all. But the other big realization I had on this maternity leave is how much I love you guys." Hoda has been on maternity leave for several months following the adoption of her second daughter, Hope. "I cannot wait to get back," she said on Aug. 20.

For the first time ever, a Bachelor Nation franchise has highlighted a same-sex couple. Prior to the current "Bachelor in Paradise" season, host Chris Harrison said fan favorite Demi Burnett's relationship with Kristian Haggerty — whom she initially dated outside of the franchise — would be featured. On Aug. 20, it happened. "At first I was scared, I was a little bit uncomfortable. I was like, 'I don't know how much I want to kiss her on camera,'" sexually fluid contestant Demi said on "Bachelor Happy Hour." "[Then] when she got [to 'Paradise'] I was like, 'I don't care, I'm all over her.'" She added, "But it gets a little bit uncomfortable just because it's something nobody's ever seen before. In the back of your mind when you haven't been out with this many people before, you're thinking about, 'Are the camera men thinking this is weird? Are the audio guys weirded out by the fact that it's girl-on-girl right now?' You kind of question everything and it made me very, very anxious. But I'm happy that I can at least be somebody who people can relate to that are struggling with the same things of being afraid to come out."

Bethenny Frankel is leaving "The Real Housewives of New York City" franchise before its upcoming 12th season. The reality TV star has been a staple for a large part of the show's history, appearing on the premiere in 2008. She exited in 2010 but rejoined the show in 2015 and has been there since. "It's time to move on and focus on my daughter, my philanthropy and my production partnership with Mark Burnett, producing and starring in shows which represent a shift in the conversation for women," she said in a statement. "With the changes in modern culture, I want to highlight the strength, confidence and unstoppable power that women have. My experience at Bravo has been an incredibly magical ride. I am so grateful to them for highlighting my entrepreneurialism and allowing me to pave the way for many women to achieve their goals. I am excited for my future. The best is yet to come."

Quentin Tarantino will be giving someone else direction in a few months: his own child. On Aug. 22, the famed filmmaker, 56, announced that he and his wife, Daniella Pick, 35, are going to be parents. "Daniella and Quentin Tarantino are very delighted to announce that they are expecting a baby," the couple said in a statement to People magazine. Quentin and Daniella tied the knot in November 2018. 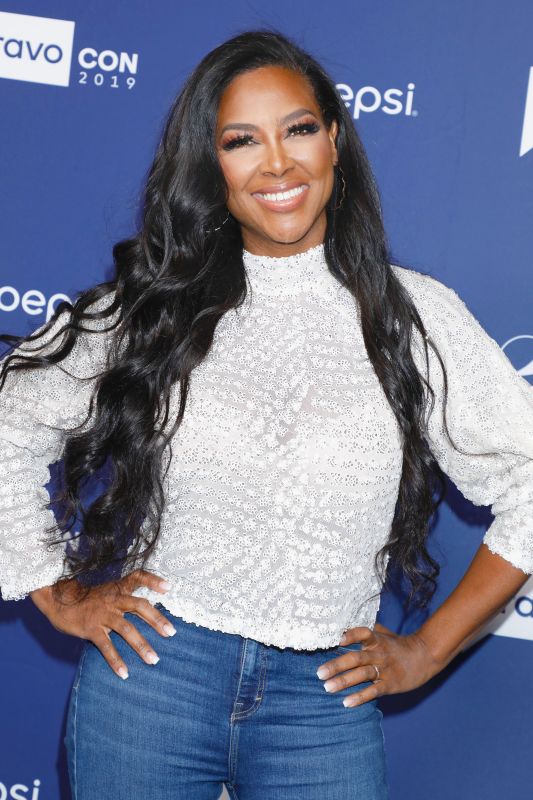