Carrie Underwood is pregnant, y'all! The country superstar and her husband, retired NHL star Mike Fisher, are expecting their second child, she announced on Instagram on Aug. 8. The couple already share 3-year-old son Isaiah. Carrie revealed her pregnancy news while dishing about her new album and tour. "You might be wondering or asking, 'Carrie, why is your tour starting in May?' Well… yay!" she said, revealing balloons spelling out "BABY" above her head. "Mike and Isaiah and I are absolutely over the moon and excited to be adding another little fish to our pond. This has just been a dream come true with album and with baby news and all that stuff. We're just so excited and just so glad you guys can share in this with us and be a part of this with us. Love you guys! We will see you on the road in 2019."

Lance Bass thought he was the proud new owner of the "Brady Bunch" house — then his real estate deal suddenly went bye, bye, bye. Earlier this year, the iconic house from the famed sitcom was put up for sale. The former *NSYNCer felt he just had to have it and said he was assured that his offer of just under $3 million was the winning bid. He even tweeted out that he got the home. However, the next day, Lance revealed that his realtor called to say there was an "unforeseen circumstance" and that another buyer came in and made a higher offer after the deadline. Lance was initially pretty peeved, but after finding out that HGTV was the buyer, he was less upset. "HGTV??! Aw man. I'd be pretty upset if it were anyone else, but how can you be mad at HGTV??" he tweeted on Aug. 7. "My television is stuck on that channel. Kudos HGTV, I know you will do the right thing with the house. That was always my biggest worry. I can smile again." TMZ later reported that the network will soon meet with Lance about possibly getting him involved in the home's renovation.

RELATED: Inside Selena Gomez's stunning house, which is on the market

Brad Pitt and Angelina Jolie's divorce is getting messy. Really messy. On Aug. 7, Angelina claimed that Brad was basically a deadbeat dad and had not paid any "meaningful" child support for their six kids since their 2016 split nor had he paid the kids' expenses per the terms of their informal agreement. She wants "retroactive child support" from her ex, court documents reveal. Additionally, Angie asked the judge to finalize their divorce immediately. Brad's lawyer quickly blasted the actress' claims and called the filing "unnecessary" and "a thinly veiled effort to manipulate media coverage." Brad "previously loaned [Angelina] $8 million to assist her in purchasing her current residence and has paid $1.3 million in bills for the benefit of [Jolie] and the minor children," his lawyer said in court docs. Brad's lawyer also revealed that they approached Angie's team earlier in the month to let them know Brad wanted a bifurcated divorce — when a judge legally dissolves a marriage before issues such as custody and financial settlements are finalized — and were asked to hold off. Then Angie's legal team filed its own motion "to create the impression that she, not [Brad], wanted to bifurcate," Team Brad claimed.

Richard Gere and new wife Alejandra Silva are about to start a family. According to multiple British and Spanish media outlets, Alejandra is pregnant. The "Pretty Woman" actor, 68, and the Spanish publicist, 35, married this spring. This will be the second child for both Richard and Alejandra (he has an 18-year-old son, Homer, with second wife Carey Lowell while Alejandra has a 5-year-old son, Alberto, from her first marriage to Govind Friedland).

Thanks for the memories. Robert Redford announced on Aug. 6 that he's retiring after his forthcoming movie, "The Old Man & The Gun." In a chat with Entertainment Weekly, the acting legend said, "Never say never, but I pretty well concluded that this would be it for me in terms of acting, and [I'll] move towards retirement after this 'cause I've been doing it since I was 21. I thought, Well, that's enough. And why not go out with something that's very upbeat and positive?" Robert's career in entertainment began in 1960.

Demi Lovato has been released from the hospital and is now seeking treatment at a rehab facility, it was reported on Aug. 6. According to TMZ, Demi was quietly released from Cedars-Sinai Medical Center in Los Angeles on Aug. 4 and immediately took a private plane to the facility, which is not in California. She's expected to be at the treatment center for at least 30 days. The report comes a day after Demi broke her silence on her overdose. "I have always been transparent about my journey with addiction. What I've learned is that this illness is not something that disappears or fades with time. It is something I must continue to overcome and have not done yet," she wrote in a lengthy Instagram message on Aug. 5. She finished, "I now need time to heal and focus on my sobriety and road to recovery. The love you have all shown me will never be forgotten and I look forward to the day where I can say I came out on the other side. I will keep fighting." Demi's team will now reportedly help her weed out all the negative friends and influences in her life. After all this, on Aug. 9, Demi officially canceled the rest of her current tour, which had dates scheduled in Mexico and South America.

After nearly two years of on-off dating, Kourtney Kardashian, 39, and boxer-turned-model Younes Bendjima, 25, are done. Things turned ugly quickly. "It didn't end well," a source told People magazine on Aug. 7. TMZ broke the split news and reported that the "Keeping Up With The Kardashians" star ended things in mid-July and that she made the call after Younes allegedly cheated on her. The website also published pictures of Younes getting incredibly cozy with another woman in Mexico in recent days. Younes denied that there was anything romantic going on. "They really want me to be the bad guy… can't have fun with your friends no more," he wrote on his Instagram Story.

In the end, it was Garrett Yrigoyen who won Becca Kufrin's heart on "The Bachelorette." On Aug. 6, ABC aired the finale of the popular dating show. After Becca said those three magic words ("I love you") to Garrett, he got down on one knee and proposed with an 18-karat gold Neil Lane ring that boasts nearly 4 carats of diamonds. "There's so much that I want to do with you!" she told her new fiancé. "I want to get a Costco membership with you, and I want to have your kids… everything!" After she accepted his proposal, Garrett said, "Sorry, fellas, she's off the market — she's all mine!"

Pop star Ellie Goulding and art dealer Caspar Jopling, her beau of 18 months, are engaged. The couple announced the news in the Births, Marriages and Deaths section of Britain's The Times newspaper on Aug. 7: "The engagement is announced between Caspar, son of The Hon. Nicholas Jopling of Yorkshire and Mrs. Jayne Warde-Aldam of Yorkshire, and Elena, daughter of Mr. Arthur Goulding of Hertfordshire and Mrs. Tracey Sumner of West Midlands." On Aug. 9, Ellie took to Instagram to thank fans for their well-wishes and gush about her fiancé, a former team Great Britain rower. "You're the most wonderful person I've ever known, and I can't wait to be your very giggly, in awe and loved up wife x," she wrote. 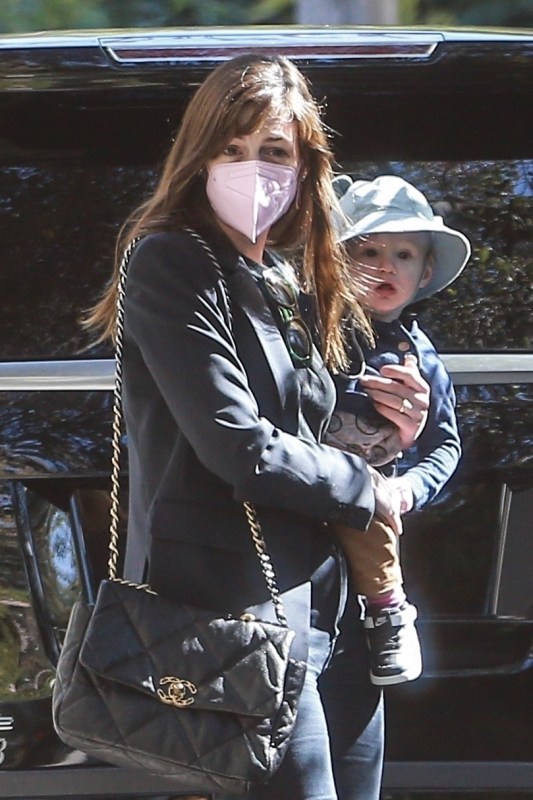