This is the year of Camila Cabello and we're here for it. The Cuba-born "Havana" singer has had us shaking our booties and learning new Spanish words since her hit song debuted on Aug. 3, 2017. In honor of Camila's amazing music and her 21st birthday on March 3, 2018, Wonderwall.com is sharing some fun facts about pop music's newest darling… starting with where she calls "home." Although Camila was born in the small Cuban village of Cojímar to a Cuban mother and Mexican father, she moved back and forth between the Caribbean island nation and Mexico City (where her dad was born) for the first several years of her life, which gave her an incredible, multifaceted foundation of Latin culture that would later inspire her music. Keep reading to learn more about this talented star…

When Camila Cabello was only 6 years old, she immigrated to America with her mom, finding a permanent home in Miami. In a 2017 essay Camila penned for PopSugar, she shared that her family had to leave everything behind and "start from the ground up" when they got the opportunity for a new life in America.

Although we know her as Camila Cabello, her given name is Karla Camila Cabello Estrabao. Camila has claimed that in her mid-teens, shortly after she got her first shot at musical fame, she decided to go by "Camila" because a new name felt like a fresh start. But all her childhood friends and family members still call her Karla.

RELATED: Stars with the best bling from the 2018 award season

Camila Cabello is incredibly close to her mom, Sinu Estrabao. In 2017, Camila shared that her mom was an educated architect in Cuba who found that her degrees meant nothing in the U.S. To put food on the table, Sinu took any job she could, including stacking shoes at Marshalls. However, she later learned of an opportunity in her former field and spent a week teaching herself a complicated computer program to qualify for the job (which she got). The lesson, Camila says, inspired her to never set limits for herself.

Camila Cabello is also super-tight with her dad, Alejandro Cabello. Seen here hugging his daughter in a 2016 Instagram post, Alejandro was separated from his family when they first immigrated to the U.S., as he was unable to secure a visa. It took nearly a year and a half before he could make his way to Miami to be reunited with his family. Camila has said she kept a calendar to count down the days to when she would see her father again.

Camila Cabello might have a big set of pipes, but she's actually quite small in stature. The sassy singer is just 5 foot 2. What she lacks in height, however, she makes up for in talent.

When Camila Cabello first moved to the U.S., she didn't speak much English. She says that when she went to her first American classroom, she pretended to understand the language and made it her personal mission to learn as fast as she could. Lucky for her, she's a quick study and became fluent in no time.

Camila Cabello got her big break in the music biz in 2012 with the group Fifth Harmony. The Miami-based girl group consisted of Lauren Jauregui, Ally Brooke, Dinah Jane, Normani Kordei and Camila, who were all contestants on the second season of "The X-Factor" who were then teamed up by one of the show's judges, Simon Cowell. The ladies would go on to release two albums before Camila exited the group to strike out on her own in December 2016. Her departure came amidst rumors of in-house arguments and mean-girl behavior. In 2017, Fifth Harmony released its third studio album — without Camila.

In a 2017 interview with Buzzfeed, Camila Cabello shared that she adores puppies (who doesn't?) but said her favorite animal, hands down, is an elephant. Not only did Camila say she's most like an elephant (because they have the "best emotional memory") but she dreams of going to Thailand so she can seem them in person.

Camila Cabello might love puppies and elephants, but she's terrified of sharks! The singer told Buzzfeed that though she grew up in Florida, she's actually scared of the ocean and can only go in if her feet are touching the sand. Any deeper and she'll panic. She also shared that she "peed a little bit in the ocean" and was convinced a shark would detect her scent and track her down. Camila's hilariously honest (and we love it).

Camila Cabello might be a world-famous singer, but she's also got dreams of working in a coffee shop. The Latina star shared that she imagines herself working at a coffee counter and meeting a handsome stranger who falls head-over-heels in love with her, even though her coffee isn't that good. Talk about adorable! Fun side fact: Camila doesn't even like coffee because it makes her "too much."

When Camila Cabello was in ninth grade, she told her parents she wanted them to take her to North Carolina so she could audition for "The X-Factor." Since she was known as the shy member of her family, Camila's parents were initially surprised by her request, especially because until that moment, their daughter had never even sung in front of a crowd. Proving Camila has the coolest parents in the world, they agreed to take her to the audition and decided to make the trip a vacation so that even if their daughter didn't make it, she'd still have a good time.

Camila Cabello has an amazing, sultry voice and some amazingly talented friends. One in particular is Taylor Swift, who decided to throw Camila an impromptu 18th birthday party back in 2015 when she learned Camila was going to spend the night at home with her family. We wonder if Taylor's got anything planned in honor of Camila's 21st birthday on March 3, 2018?

One thing Camila Cabello is not shy about is her dislike of President Donald Trump and his policies on immigration. In an April 2017 essay she wrote for PopSugar, Camila explained, "… when I hear a bigoted, racist man with power and influence speak with anger and ill-will about immigrants, I think 'what a fool.'" In September that same year, Camila became a part of the resistance movement when she tweeted "Trumps plan to Deport DREAMERS is cruel and we WILL resist… Please stand up text RESIST to 50409 #IStandWithDreamers."

Camila Cabello might have taken a gamble by leaving Fifth Harmony, but it paid off in dividends. Her self-titled debut album dropped on Jan. 11, 2018, and immediately shot up to No. 1 on the Billboard Hot 200 chart, proving that she has what it takes to launch a successful solo career. Additional cool fact: Camila's hit single "Havana" has already broken a record. It's the first song by a female performer to top the Pop, Adult Pop and Rhythmic charts since Mariah Carey's 1996 collaboration with Boyz II Men, "One Sweet Day."

Camila Cabello may have left her girl group days behind but she definitely still wants to collaborate with other performers again. At the top of her list? Camila hs said she'd love the chance to work with Kendrick Lamar (can this happen yesterday, please?) and Chance the Rapper.

Proving she isn't afraid to play with her style, Camila Cabello arrived at the 2018 Grammy Awards in New York City wearing a stunning red evening gown by Vivienne Westwood. While the dress itself was enough to take our breath away (and the fact that she wore an estimated $175K in jewelry didn't hurt), it was Camila's inspiration for the gown that really captured our attention. Camila claimed her look was inspired by the dancing woman emoji and it was done so perfectly, we're kind of jealous we didn't think of it first.

Just a month after Camila Cabello's album debuted, she announced her "Never Be the Same" tour — her first solo headlining tour — which kicks off on April 9, 2018, in Canada. In just one day, tickets were completely sold out for every show, proving she's already pop music's biggest star.

If you're going to date, why not pick an expert on love? That's exactly what Camila Cabello did when she hooked up with 30-year-old British author, vlogger, TV host and dating coach Matthew Hussey. In early February 2018, the couple was seen smooching while vacationing in Mexico. Prior to that PDA moment, Camila hinted at her interest in the Cosmopolitan advice columnist while doing a radio interview in 2017. Apparently, she's long been a fan of his work and found him incredibly attractive.

Camila Cabello is the total package, you guys. Not only is she gorgeous, an incredible singer, businesswoman, dancer and devoted family member, but she's also hilarious. (Just watch any of her interviews or Snapchats to see for yourself.) Whether she's impersonating emojis (she's actually pretty good at it) or talking about how she calms her stage fright by picturing everyone pooping, Camila is not afraid to tap into her funny bone to get us all laughing.

We can now add another title to Camila Cabello's impressive resume: The pop star is also an actress. She appeared on two episodes of "King of the Golden Sun" in 2018. In the series, Camila plays Addison Jones.

On Feb. 27, 2018, Camila Cabello shared a 17-minute YouTube video titled "Made in Miami" that explored her early life as an immigrant in one of Florida's most famous cities. The documentary-style film short was an incredible look into Camila's childhood and the bonds with her family and friends that have given her a unique, multicultural identity so many can relate to.

If you follow Camila Cabello on social media then you already know that her 9-year-old sister, Sofia "Sofi" Cabello, is totally her BFF. Camila and Sofi spend a lot of their free time together cuddling, laughing and just having fun (the way sisters should). Camila's even brought her sis along as her date to numerous award shows.

What makes Camila Cabello so unique as a young, incredibly in-demand star is that she's also passionate about making the world a better place. Camila supports numerous charities and movements that aim to provide aid and promote equality around the world. Some of her favorite causes are Save the Children (which she promotes regularly on Instagram) and the Never Again movement that seeks to end gun violence in the U.S. 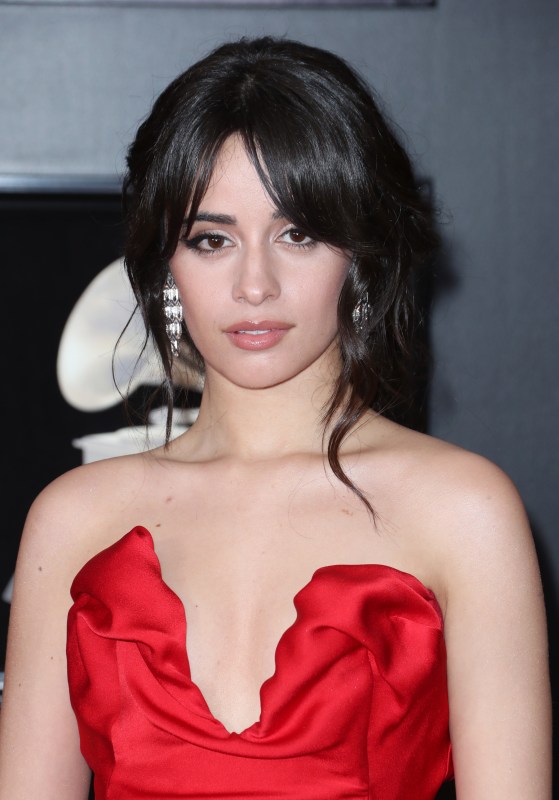