The 2018 Grammy Awards are practically right around the corner! In honor of music's biggest night on Jan. 28, Wonderwall.com is taking a look back at a few of this year's top nominees to see how they've changed since their school days, starting with the eighth grader sitting front and center in this group photo from Brooklyn's Eugenio Maria De Hostos Intermediate School in 1983. He didn't stay "Young Forever" after all… Can you tell who he is? Keep reading to find out!

It's JAY-Z, who scored eight Grammy nominations this year — more than any other artist in 2018! He's up for best music video, best rap album, best rap song, best rap/sung performance, best rap performance, song of the year, album of the year and record of the year. (And in case you were wondering, Hov has taken home 21 Grammys over the years.)

RELATED: Artists with the most Grammy wins of all time

Do you recognize this freshman? He attended Dr. Phillips High School in Orlando, Florida, in 1992. Take a good look! Now slowly, slowly reveal his identity…

RELATED: The best kids moments from Grammy Awards past

It's "Despacito" singer Luis Fonsi, who killed it during the 2017 Latin Grammy Awards in November. Here's hoping he fares as well during the 2018 Grammys, where he's up for three awards: best pop duo/group performance, song of the year and record of the year for his breakthrough hit.

We barely recognize this eighth grader — who attended Lenape Middle School in Doylestown, Pennsylvania, in 1993 — without her trademark attitude. Can you tell who she is?

It's Pink! The three-time Grammy winner is up for one award this year: best pop solo performance for her single "What About Us."

In 2002, before he was one of music's biggest treasures, this singer was just a regular kid during his junior year at President Theodore Roosevelt High School in Honolulu. Can you identify him?

It's Bruno Mars! The five-time Grammy winner is up for six awards this year: best R&B album, best R&B song, best R&B performance, song of the year, album of the year and record of the year.

One of the houses that built this country cutie is Lindale Middle School in Lindale, Texas, which she attended during her eighth grade year in 1998. Can you tell who she is?

It's Miranda Lambert! She's won two Grammys so far and is up for two more this year: best country song and best country solo performance for her single "Tin Man."

Was this rapper always so humble? You'll have to ask the kids who knew him in 2004, when he was a junior at Compton's Centennial High School in the Los Angeles area. Do you recognize him?

It's Kendrick Lamar! The seven-time Grammy winner is up for another seven awards this year: best music video, best rap album, best rap song, best rap/sung performance, best rap performance, album of the year and record of the year. (Only JAY-Z scored more nominations in 2018.)

Aww! This singer is a whole lot stronger now than she was back in 1994, when she was just a sixth grader at Pauline G. Hughes Middle School in Burleson, Texas. Can you tell who she is?

It's Kelly Clarkson! The three-time Grammy winner is up for one award this year: best pop solo performance for her song "Love So Soft."

There's no mistaking this rapper-producer, who must've stumbled upon the fountain of youth sometime after 1991, when he was a junior at Princess Anne High School in Virginia Beach. You recognize him, right? 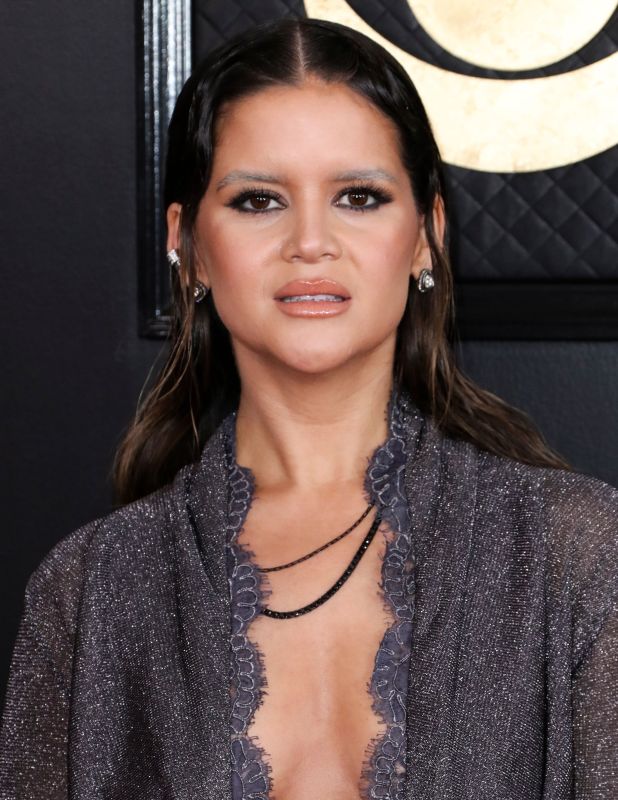