Believe it or not, Lady Gaga turns 32 on March 28, 2018. To mark the occasion, Wonderwall.com is taking a look back at the highlights of the singer's life so far — the good, the bad and the monstrous! Keep reading to relive Mother Monster's highs and lows…

After she graduated from high school, Lady Gaga attended New York University's Tisch School of the Arts. But she dropped out during her second semester to pursue a career as a rock star. A year into her efforts, she met producer Rob Fusari, who reinvented her as a pop-dance artist.

In 2005, Lady Gaga started dating bartender-musician Luc Carl (left). The Mother Monster romanced the SiriusXM DJ — who reportedly inspired her hit "You and I" — off and on until 2011.

RELATED: Pop music divas: Where are they now?

In 2006, the newly re-branded singer signed an $850,000 deal with Island Def Jam. But it proved to be short-lived. They booted her off the label and she went back to opening for Semi-Precious Weapons and performing burlesque at local New York City gigs. The following year, she scored an audition with Interscope head Jimmy Iovine. He signed her, gave her yet another makeover, and Lady Gaga was officially born!

In April 2008, Lady Gaga released her debut single, "Just Dance." The song — the first of five singles from her "The Fame" album — topped the charts and made her a star practically overnight. Two years later, she became a Grammy winner: Gaga took home Gramophones for best electronic/dance album and for best dance recording for the track "Poker Face."

In a 2010 interview with Larry King, Lady Gaga revealed that she'd tested "borderline positive" for lupus, a disease that's affected members of her family — and even claimed the life of her beloved aunt Joanne. "I do not have it, but I have to take good care of myself," she explained.

In December 2010, Elton John and husband David Furnish welcomed their first child, son Zachary. A few months later, the Rocket Man confirmed that he and his hubby had asked Lady Gaga to be their baby boy's godmother. She became a godmother for the second time in January 2013 when Elton and David added another son, Elijah, to their family. "I feel very honored to be invited into their family," Gaga told British TV show "Daybreak."

In 2011, Lady Gaga — now an international superstar known for her outrageous fashion choices, controversial music videos and bizarre live performances — took home three Grammys for "The Fame Monster," a deluxe reissue of "The Fame." Her 2011 sophomore album "Born This Way" was equally well-received: It debuted at No. 1 on the Billboard 200 and featured five singles including the title track, "The Edge of Glory" and "You and I."

In 2013, Lady Gaga released "Artpop." Unlike its predecessors, the album was considered a flop, selling just 258,000 copies in its first week, receiving mixed reviews from critics and drawing critiques claiming the singer's actual art had taken a backseat to her image as an artist. Gaga was even forced to shoot down rumors that poor album sales had cost Interscope $25 million and forced layoffs at the label. In addition to the bad buzz surrounding the album, Gaga also split from her longtime manager and dealt with health issues: She underwent hip surgery and was forced to cancel several stops on her Born This Way Ball tour.

Lady Gaga made her feature-film debut in "Machete Kills" in October 2013. The singer-actress portrayed La Chameleón, a deadly former lover of the title character. The following year, she portrayed a version of herself in "Muppets Most Wanted" and popped up in "Sin City: A Dame to Kill For" as diner waitress Bertha.

In late 2013, Lady Gaga became the face of Versace. The singer-actress starred in the fashion house's Spring/Summer 2014 campaign, #VersaceLovesGaga — her first major ad campaign. But the Mother Monster drew ire when it was revealed that her ads had been heavily Photoshopped — despite the fact that she'd previously spoken out against Photoshop and pushed a message of body positivity.

In early 2014, Lady Gaga's five-year feud with Kelly Osbourne finally came to an end when they were brought together by mutual friend Elton John at his Academy Awards viewing party. The drama between the duo stemmed from a 2009 incident in which the reality TV star called the singer a "butter face." Gaga's fans responded to the insult by sending death threats to Kelly, who in turn called the Mother Monster a hypocrite for adopting an anti-bullying message but not intervening when her Little Monsters were the ones responsible for the bullying.

Lady Gaga collaborated with Tony Bennett on the 2014 duets album "Cheek to Cheek." The duo toured together and even won a Grammy in 2015 for Best Traditional Pop Vocal Album.

Lady Gaga announced her engagement to her longtime boyfriend, "Chicago Fire" actor Taylor Kinney, on Instagram on Feb. 16, 2015. Taylor had proposed on Valentine's Day with a stunning heart-shaped diamond ring at her parents' restaurant, Joanne Trattoria, in Manhattan.

In late 2015, Lady Gaga scored her first big break as an actress: She starred as The Countess on FX's "American Horror Story: Hotel." She returned to the anthology series the following year with a small recurring role as the witch on "American Horror Story: Roanoke" (pictured here). The Mother Monster also booked the lead role in the upcoming remake of "A Star Is Born" opposite Bradley Cooper.

In early 2016, Lady Gaga won the Golden Globe for Best Performance by an Actress in a Limited Series or Motion Picture Made for Television for her performance as The Countess on "American Horror Story: Hotel." She also earned an Oscar nomination in the best original song category for "Til It Happens to You," the track she co-wrote with Diane Warren for the documentary "The Hunting Ground."

In July 2016, Lady Gaga and Taylor Kinney parted ways after five years as a couple.

Lady Gaga killed it during the Super Bowl LI Pepsi Zero Sugar Halftime Show in Houston on Feb. 5, 2017. The singer's performance received rave reviews from critics — such as Time magazine's reviewer, who called the show "one of the best Super Bowl halftime shows ever" — but was also called out for her surprising lack of political messaging.

An amazing show wasn't the only thing Lady Gaga delivered during Super Bowl LI. The singer stepped out publicly with her agent, Christian Carino, with whom she was photographed cuddling on the field. Their relationship was confirmed in February 2017 and Gaga has since been spotted with a giant rock on her finger, fueling engagement rumors.

In September 2017, Lady Gaga released the critically praised documentary "Gaga: Five Foot Two" via Netflix after screening it at the Toronto International Film Festival. The movie chronicled the recording and release of her fifth studio album, "Joanne," and her 2017 Super Bowl halftime show performance and also focused on Gaga's health issues. "In our documentary the #chronicillness #chronicpain I deal w/ is #Fibromyalgia," she tweeted the same month her film came out, adding, "I wish to help raise awareness & connect people who have it." Fibromyalgia is a disorder characterized by widespread muscular pain and often fatigue another debilitating symptoms. A few months later, chronic pain led her to cancel the remainder of her "Joanne" world tour in early 2018 following previous show cancellations in 2017. "This is beyond my control," she lamented in an announcement to fans, adding, "I will be back in your city, but for now, I need to put myself and my well-being first. I love you, forever." 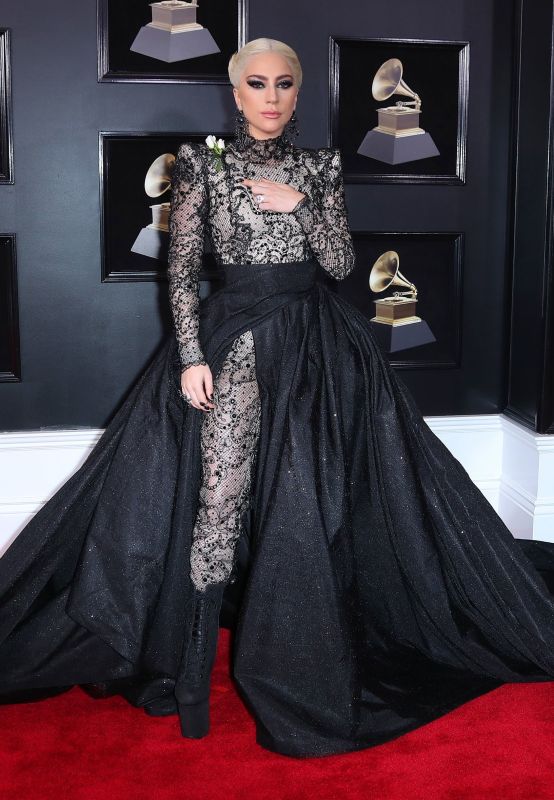 Up Next Full Life