Sean Penn, 59, confirmed that he married 28-year-old actress Leila George — whose parents are actors Vincent D'Onofrio and Greta Scacchi — last week. "We did a COVID wedding," Sean told late night host Seth Meyers on Aug. 3. "By that I mean it was a county commissioner on Zoom, we were at the house, my two children [with ex Robin Wright] and her brother, and we did it that way." A friend of the happy couple had actually broken the news a few days before. "We are so happy for @leilageorge #seanpenn getting married. We love you," Irena Medavoy, the wife of "Black Swan" producer Mike Medavoy, wrote on Instagram alongside an image of the bride's oval sapphire ring.

Dwayne Johnson and his business partners have a league of their own. On Aug. 3, The Rock confirmed that he and several business partners including his ex-wife and manager, Dany Garcia, had purchased the defunct XFL for $15 million. The professional football league began in 2001 but folded after one season. In 2020, it was resurrected. However, after five weeks of games, the COVID-19 pandemic hit, which proved to be the XFL's death sentence. In April, the league filed for bankruptcy. Dwayne said he planned to bring the league back, and one prominent sports name, UFC boss Dana White, said the renewed and Rock-led XFL could be a hit… pun intended.

It's usually hyperbole to say the upcoming season of "The Bachelorette" will be the most dramatic ever, but it might be true in this case. This season will start with one lead and end with a different one. (Spoiler alert!) In early 2020, producers announced that Clare Crawley would headline the 16th season of "The Bachelorette," making her the oldest female lead to star on the show. However, according to reports, Clare fell in love with one of the men in the very, very early stages of filming and didn't want to continue the show, knowing that she had already made up her mind. Her decision left producers in need of a new lead since filming had only just begun. Enter Bachelor Nation fan favorite Tayshia Adams. "The producers have told her that the season will still lead with Clare and her short-lived journey, and will show Clare falling in love with one of her suitors," a source told E! on Aug. 3 "Clare will then conclude her journey and announce that Tayshia is the lead." Much like a baseball manager goes to the bullpen to relieve a pitcher of his duties, that's basically what ABC did here.

Meanwhile, it's over for another "The Bachelorette" star. On Aug. 6, E! News confirmed that Becca Kufrin and fiancé Garrett Yrigoyen called off their engagement two years after they fell in love on season 14 of the hit ABC show. The news comes less than two months after Becca admitted she and Garrett were on the rocks in the wake of his headline-making comments in support of the police amid Black Lives Matter protests. "Becca is still very upset with Garrett's comments and the controversy surrounding it," an insider told E! News, explaining, "Their lifestyles don't mesh anymore. Garrett wants different things and they came to a realization that they aren't compatible anymore. … the relationship is definitely done."

Amid multiple reports of a toxic work environment at her eponymous daytime show, Ellen DeGeneres is coming back for the 18th season of "The Ellen DeGeneres Show," and the first episode is slated for Sept. 9, NBC reported. For months Ellen's reputation has been battered amid claims that she's rude and demeaning toward staff and sometimes even guests. Even Ellen's ex-DJ Tony Okungbowa — known as DJ Tony — acknowledged there being a "toxicity of the environment" on set. The confirmation of her TV return came after several reports hinted she wasn't coming back and after The Wrap reported that her show, currently in reruns, recorded an "all-time low" in the ratings. Ellen did have get some high-profile support this week, though, as her wife, Portia de Rossi, publicly stood by the comedian. After that, Katy Perry, Jerry O'Connell, Diane Keaton, Kevin Hart, Jay Leno and more stars all publicly expressed their support for Ellen.

A class-action lawsuit has been filed against Lisa Vanderpump and her husband, Ken Todd, for allegedly failing to pay overtime wages to employees at one of their restaurants. A former hostess at SUR — the restaurant at the center of "Vanderpump Rules" — alleges that employees were forced to work more than 40 hours a week without receiving overtime pay. Some employees even worked for seven consecutive days, all without proper compensation, the suit claims. In the lawsuit, which also names Lisa's business partners, Guillermo and Nathalie Zapata, the employee alleges that staff hours are not properly tracked and are manipulated at SUR. Employees are also not granted breaks, the lawsuit says.

On paper, Kim Kardashian West and Kanye West's family vacation to a tropical locale sounds amazing. In reality, it's a last-ditch effort to save their troubled marriage, reports claim. On Aug. 2, Kimye and their children boarded a private jet and headed out of the country. According to TMZ, this vacation "will be a time for [Kanye] to prove … he's willing to change for his family." Kimye will "try and work things out," the webloid said. What, exactly, they are discussing isn't known, as they've had little contact with the outside world while holed up in a "fortress" at "an estate that is so remote it's virtually impossible for trespassers to get close," TMZ reported. One thing that apparently won't be discussed is politics, even though Kim has apparently "begged" Kanye to end his presidential bid.

This is starting to get nasty. Dr. Dre's estranged wife, Nicole Young, has acknowledged that she signed a prenuptial agreement before tying the knot with the rapper in 1996, but claims she was forced to do so by Dre and his team. "I was extremely reluctant, resistant and afraid to sign the agreement and felt backed into a corner," she wrote in a court filing on Aug. 4 amid the couple's divorce. "Given the extraordinary pressure and intimidation by Andre, I was left with no option but to hire a lawyer (of course, with the help of Andre's team of professionals) and unwillingly signed the agreement very shortly before our marriage." She also said Dre "tore up the agreements" a few years into the marriage because he felt ashamed of them, something his side denies. Nicole is asking a judge to separate the divorce from the prenup. The judge's decision could have huge financial implications, as Nicole says Dre is actually worth $1 billion, about $200 million more than has been estimated.

After nearly two years together, Jennifer Garner and her businessman boyfriend John Miller have split. And now, there's unsubstantiated rumors that she's potentially moving on with Bradley Cooper. In Touch magazine reported on Aug. 6 that Jen and John's romance ended shortly before California locked down amid the coronavirus pandemic. The same day In Touch's report broke the news, TMZ posted pictures (taken the day before) of Jen hanging out on a Malibu beach with Bradley and his daughter, Lea. TMZ characterized their interactions as "flirty" but also acknowledged that the two have been friends for years — ever since they co-starred on "Alias" together.

The Bella babies are here! Twins Nikki Bella and Brie Bella welcomed babies one day apart, the wrestlers and reality TV stars both announced on Aug. 2. "7/31/2020 💙 Our baby boy is here and we couldn't be HAPPIER and more in LOVE! Everyone is safe and healthy," Nikki said of her son, whom she shares with her fiancé, former "Dancing With The Stars" pro Artem Chigvintsev. Brie's baby, whom she shares with husband Bryan Danielson, arrived on Aug. 1. "It's a BOY!!!" she captioned a snapshot on social media. "We are overwhelmed with joy and everyone is healthy!!!" This is the second child for Brie and her WWE star husband. 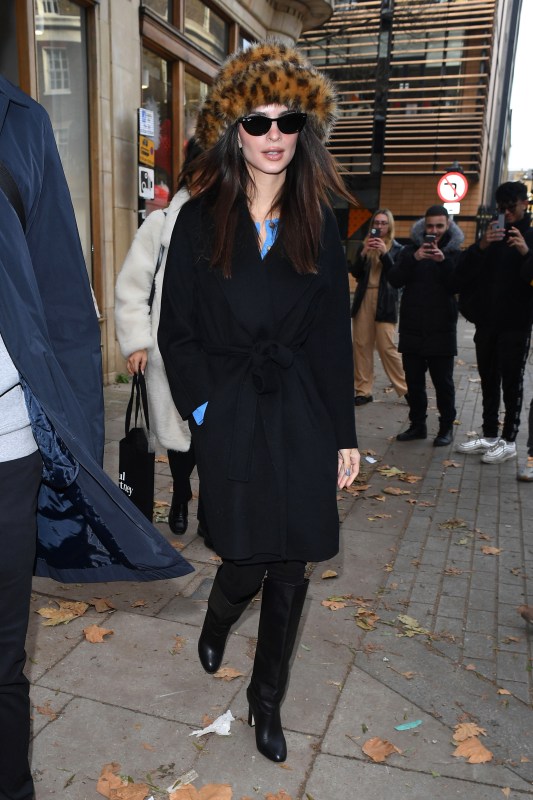 Up Next Coffee date