Many of us have our own superstitions and celebs are no different! From Cameron Diaz and Jennifer Aniston to Colin Farrell and Heidi Klum, stars have some interesting ways of coping with myths and fears. In anticipation of the vexed calendar date of Friday the 13th, Wonderwall.com is taking a look at some of the most superstitious stars and what spooks them… starting with Cameron, who once told Cosmopolitan she "knock[s] on wood all day long… constantly." She also reportedly wears a good luck charm necklace. Read on for more!

Jennifer Aniston has a fear of flying. Her pre-flight ritual? She enters the plane with her right foot first and taps the outside of the fuselage with her hand.

RELATED: Original "Dynasty" cast: Where are they now?

Like Jennifer Aniston, "Game of Thrones" star Kit Harington has a superstitious pre-flight ritual. "Every time I get on a plane, I have to touch the outside of the plane three times before I get in," he once told Condé Nast Traveler. That's not all: "I've got a lucky pen — it's one I've had since I was a kid, and I carry it everywhere."

RELATED: The shortest celebs in Hollywood

According to the Daily Mail, pop star-turned-designer Victoria Beckham has several superstitions: She avoids ladders, salutes magpies and always stays in the same hotel when she visits New York City. She also makes sure she has pink quartz and black tourmaline backstage at her fashion shows. "If I told you my backstage rituals and was honest, you would think I was a little weird. I carry my crystals with me, which some people might think as odd but it works for us," she said.

Luck of the Irish, eh? In 2011, The Sun reported that Colin Farrell was offering a reward of 18,000 Euros (which was nearly $25,000 at the time!) after losing his lucky belt that had once belonged to his father. In 2004, he revealed that he always wore the same boxer shorts — a gift from his brother — on the first day of shooting a new movie. Get this: They're covered in shamrocks.

"America's Got Talent" judge Heidi Klum confirmed to Entertainment Weekly in 2003 that she keeps a bag of her own baby teeth for good luck. And you thought you had strange tendencies!

Coldplay frontman Chris Martin has an odd but tame pre-show ritual — considering he's a rock star! The musician has to brush his teeth before he goes on stage. Otherwise, he's said, he "doesn't feel smart enough."

Emma Roberts is not a fan of ladders and has a superstition about walking underneath them. She's said she's never walked under one — ever!

Serena Williams surely couldn't win all those tennis matches without some pre-game rituals! She ties her shoelaces in a specific way; bounces the ball five times before her first serve; and won't wash her socks if she's on a winning streak!

Rainn Wilson has a superstition shared by many thespians: never say the word "Macbeth" in a theater. William Shakespeare's play is said to be cursed, so if mentioning it can't be avoided, say "The Scottish play" instead.

Rap legend Missy Elliott has a pretty common grievance: black cats. "If a black cat walks in my path, I will immediately turn around and go home, even if I'm on my way somewhere," she told Jet Magazine in 2013.

The ever eccentric Lady Gaga has a fear of casual sex. The star of the Netflix documentary "Gaga: Five Foot Two" told Vanity Fair in 2010 that she avoids casual sex because she believes sleeping with someone can take away her creativity. Food for thought.

Megan Fox has remedied her fear of flying by listening to Britney Spears. She told the Mirror in 2009, "I know for a fact it's not my destiny to die listening to a Britney Spears album. So I always put that on in my iPhone when I'm flying because it won't crash as long as I've got Britney on."

Benicio del Toro is a proponent of knocking on wood. He has been known to sport a ring with a wood center, which allows him to knock on his talisman at any time.

Kristin Chenoweth has two particular superstitions! She makes sure never to walk under ladders and also says a prayer before going on stage so that the lights never fall on her.

Rolling Stones icon Keith Richards eats shepherd's pie before going on stage and refuses to let anyone else break the crust before he has a go at it!

Paris Hilton has a thing for the time 11:11. She's been known to take to Twitter to tell her followers to make a wish at 11:11.

Tiger Woods is partial to wearing red… and there's a good reason. He told The Guardian that he's worn red on the final day of big events since his college days and it's proven lucky on the green! "I just stuck with it out of superstition and it worked," he said in 2014.

"It" author and horror wordsmith Stephen King is a "triskaidekaphobe" — that's someone who fears the number 13. He even wrote an essay for The New York Times in 1984 explaining his fright. 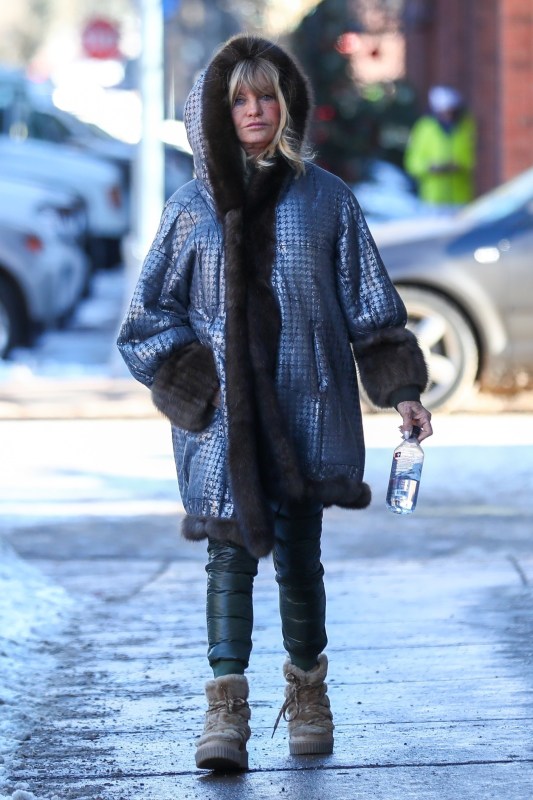