Not long after Kathy Griffin announced that she was on her way into surgery for stage 1 lung cancer (more on that next), Hugh Jackman — who's battled skin cancer for years — shared a clip on Instagram in which he revealed he'd just had another biopsy on his nose. "I just went to see Lisa and Trevor, my amazing dermatologist and doctors," the actor explains in the post, removing his mask to show the bandage on his face. "They saw something that was a little irregular so they took a biopsy, getting it checked. So if you see a shot of me with this on, do not freak out. Thank you for your concern. I'll let you know what's going on but they think it's probably fine." He added, "Remember, go and get a check and wear sunscreen. Don't be like me as a kid. Just wear sunscreen," telling followers in the caption, "… please don't think it won't happen to you …" Hugh, 52, was diagnosed with basal-cell carcinoma, the most common form of cancer, in November 2013, and was treated again for it in 2015, according to People.

Hollywood is rallying around Kathy Griffin after the comic announced she has lung cancer. "I've got to tell you guys something. I have cancer," Kathy, 60, shared on Aug. 2 on social media. "I'm about to go into surgery to have half of my left lung removed." she continued. "The doctors are very optimistic as it is stage one and contained to my left lung. Hopefully no chemo or radiation after this and I should have normal function with my breathing. I should be up and running around as usual in a month or less." She added that she's "fully vaccinated" against COVID-19, noting that "the consequences for being unvaccinated would have been even more serious." Amy Schumer responded in the comments on Instagram, writing, "Love you, Kathy! You got this!" Mia Farrow replied as well, telling the star, "A major, scary ordeal but they will remove it and you will be just fine. In the meantime i will keep you in my prayers dear Kathy." Sarah Silverman also sent her support with a comment that read, "You're a fighter. Cancer doesn't have a chance!" Kristen Schaal, meanwhile, chimed in to say she's "sending healing vibes" and asked how one screens for lung cancer. (According to U.S. Preventive Service Task Force, screenings are usually done via low-dose computed tomography.) A few hours after Kathy's social media post, her rep told People, "She is now out of surgery and everything went well, per her doctor."

The Weeknd — whose music has long been chock full of drug references — no longer goes near the hard stuff. Asked about online rumors that he's "California sober" or "sober lite," the singer (real name: Abel Tesfaye) recently confirmed to GQ, "I like sober lite." Pressed for more details about what that means, he said he drinks alcohol "occasionally," but is no longer "a heavy drinker," explaining, "the romance isn't there." He does indulge in a certain green plant, he said, but he no longer has an appetite for anything harder. "Drugs were a crutch," he explains. "It was me thinking that I needed it. And not doing the work to figure out how not to need it. And I've spent the last few years realizing that and thanking God that I don't need it. Because for a lot of people, it's hard to shake it. But I knew I didn't want it." What he does want, he noted, is kids — another reason not to use anything that might keep him from becoming a dad.

Chris Evans responds to Lizzo's joke-rumor she's having his baby

The fake romance between Lizzo and Chris Evans lives on! In a TikTok posted last week, Lizzo had some fun with a fan who'd teased her about her crush on the "Captain America" star, urging the singer to "spill the tea" about the secret baby she was allegedly having with Chris. "… Since we're airing out all the rumors today … I've been sucking in! We're going to have a little America!" Lizzo joked, pretending she and the "Captain America" star are, in fact, having a baby. Fast forward to Aug. 1 and it looks like Chris is also now in on the joke about their (fake) baby-to-be — he's even responded to Lizzo about it via DM. "Hi! Just heard about our little bundle of joy, my mother will be so happy lol," reads a message from the actor to the singer that appears in her latest TikTok. "OMG YALL — HE SAW THE BABY BUMP! WE DID IT!" the "Truth Hurts" singer captioned the post. "NOW YALL GOTTA NAME LIL MERICA!!!!! WHAT YALL BOUTA NAME MY BABY ?!" Lizzo and Chris first started chatting back in April after she admitted to fans she'd gotten drunk and sent him flirty direct messages. "No shame in a drunk DM," Chris later assured her, adding, "God knows I've done worse."

"It's time we acknowledge Lisa Bonet is a sorceress and ask her to teach us her ways." So said one of many Twitter users who were left swooning on Aug. 1 after Lisa's ex, Lenny Kravitz, shared a sweet birthday message for her husband, Jason Momoa. "Happy Birthday, Jason. I'm proud to call you my brother. One love. One family," Lenny tweeted, sharing a black and white photo of the two easy-on-the-eyes stars. While some users posted props for Lisa's choice in partners — "Lisa Bonet. Please release the manual/ebook," one person joked — others gushed about Lenny and Jason's long-running bromance. "Now, this is maturity, respect and friendship at its finest. Lisa sure knows how to pick'em," one person tweeted. "Listennnn…," wrote Holly Robinson Peete. "This bro love is some evolved blended family goals!" Lisa and Lenny said "I do" in 1987 and divorced in 1993 after welcoming their daughter, Zoe Kravitz. Lisa and Jason became an item in 2005 and tied the knot in 2017. They share a son and a daughter, Nakoa-Wolf Momoa and Lola Momoa. Speaking to Men's Health about his connection to Jason in 2020, Lenny said, "People can't believe how tight Jason and I are, or how tight I still am with Zoë's mom, how we all relate. We just do it because that's what you do. You let love rule, right?" He added that he and Jason were instant friends: "Literally the moment we met, we were like, 'Oh, yeah. I love this dude.'"

Reese Witherspoon sells production company valued at close to $1B

Reese Witherspoon has sold her production company, Hello Sunshine, in a deal that valued the machine behind "Big Little Lies" at an eye-popping $900 million. Per the Wall Street Journal, the buyer is a new media company launched by former Disney execs Kevin Mayer and Tom Staggs that's backed by private equity firm Blackstone Group Inc. Reese and her Hello Sunshine CEO, Sarah Harden will reportedly keep running Hello Sunshine while also joining the board of the new media company, which has yet to be named. "I started this company to change the way all women are seen in media," Reese said in a statement (via TheWrap). She said she expects the new deal will allow her and Sarah to "tell even more entertaining, impactful and illuminating stories about women's lives globally."

David Harbour recently revealed he worries in "real life" about his onscreen daughter, Millie Bobby Brown. "Millie and I have always had sort of a special relationship because I knew her when she was so young," David, 46, said of his "Stranger Things" costar on the podcast, "That Scene With Dan Patrick." "I knew her before any of this big fame hit." Now 17, Millie plays the telepathic and psychokinetic character Eleven on the '80s-obsessed sci-fi horror series, which features David as her adoptive father, Hopper. Onscreen, Hopper takes Eleven in and protects her after she was kidnapped and experimented on as a young child. Offscreen, David explained that he still feels "fatherly" towards the actress, who was 12 when the show premiered in 2016. "I have a real protective feeling for her," he said. "I have a real, like, worry. I worry about her and the fame and all that she has to struggle with. And I've just always felt this kind of deep fatherly affection for her." Since debuting on "Stranger Things," Millie's already starred in "Enola Holmes," "Godzilla: King of the Monsters," and "Godzilla vs. Kong." She also has multiple high-profile projects coming out in the near future, according to EW. In June, David said production on Season 4 of "Stranger Things" was coming to an end; Netflix has yet to announce a premiere date.

After being pulled from the Lollapalooza lineup at the last minute, DaBaby has also been nixed from this year's Governor's Ball following the rapper's anti-gay rant at the Rolling Loud festival in Miami last month. "Founders Entertainment does not and will not tolerate hate or discrimination of any kind," the festival said in an announcement (via Rolling Stone). "We welcome and celebrate the diverse communities that make New York City the greatest city in the world. Thank you to the fans who continue to speak up for what is right. Along with you, we will continue to use our platform for good." DaBaby has also been replaced on the bill for November's Day N Vegas festival. The rapper's controversial remarks at Rolling Loud included extreme homophobic comments and misinformation about H.I.V. and AIDS. Artists including Elton John, Madonna, Demi Lovato and DaBaby's recent collaborator, Dua Lipa, have condemned him for the hate speech. DaBaby has since issued an apology on social media, telling those who have been affected by AIDS or H.I.V. they had "the right to be upset," but that they "digested" his comments "wrong." One day after that post, he released a music video that included this statement in the credits: "My apologies for being me the same way you want the freedom to be you," according to the New York Times. 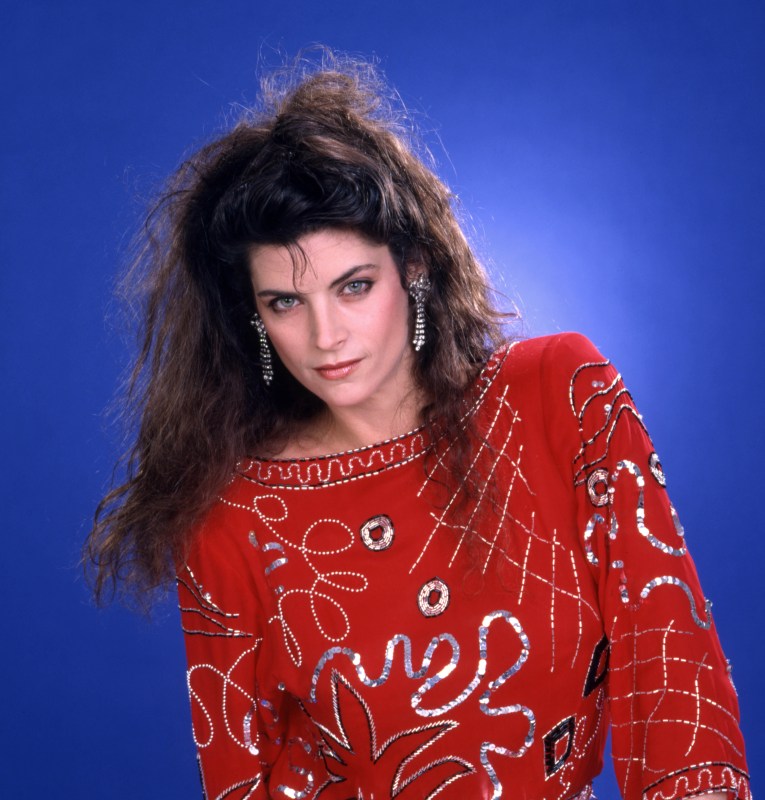