"The Lego Movie" hit theaters in 2014 and now, five years later, we're finally getting a sequel! To celebrate the release of "The Lego Movie 2: The Second Part" on Feb. 8, 2019, Wonderwall.com is taking a look at the cast. Keep reading to see who's playing whom in the "Lego" sequel…

Chris Pratt has gone from small-time TV actor to certified mega movie star. The 39 year old starred on "Everwood" and "Parks and Recreation" before becoming a leading man with roles in the "Guardians of the Galaxy" and "Jurassic World" franchises. Next up, he'll reprise his role as Star-Lord in "Avengers: Endgame." Chris shares one son, Jack, with ex-wife Anna Faris, whom he divorced in 2018 after nine years of marriage. He got engaged to author and political scion Katherine Schwarzenegger in January 2019.

Elizabeth Banks stars as Lucy/Wyldstyle, a Master Builder, in 2019's "The Lego Movie 2: The Second Part."

Elizabeth Banks has quite an impressive resume. The 44 year old is a box-office juggernaut who's previously starred in the "Hunger Games" film series, the "Spider-Man" trilogy and the "Pitch Perfect" film series including "Pitch Perfect 2," which she also directed. She's also made her mark on TV with roles on "Scrubs," "Modern Family" and "30 Rock" (which earned her an Emmy). In 2019, Elizabeth will star in the sci-fi-horror flick "Brightburn" and a "Charlie's Angels" reboot — which she also directed! She married college sweetheart Max Handelman in 2003. The couple share two sons, Felix and Magnus.

Will Arnett stars as Bruce Wayne aka Batman, a DC Comics superhero who's a Master Builder and Lucy's ex-boyfriend, in 2019's "The Lego Movie 2: The Second Part."

Will Arnett has found fame both as an onscreen actor and as an accomplished voice actor. The 48-year-old Canada native has starred in "Blades of Glory," "Hot Rod," "Ratatouille," "Monsters vs. Aliens," "Despicable Me" and "The Nut Job." He currently stars on "Arrested Development" and voices the titular character on the Netflix series "BoJack Horseman." Will shares two sons, Archie and Abel, with ex-wife Amy Poehler, whom he divorced in 2016 after 13 years of marriage.

Alison Brie stars as Princess Unikitty, a Master Builder who's a unicorn-horned cat, in "The Lego Movie 2: The Second Part."

Alison Brie is well on her way to superstar status. The 36 year old got her big break in 2009 when she was cast as Annie Edison on "Community." She went on to appear in "Mad Men," "BoJack Horseman," "The Disaster Artist" and "The Post." Alison currently stars as Ruth Wilder on the acclaimed Netflix series "GLOW," for which she's earned Golden Globe and SAG Award nominations for best actress in a TV comedy. She married her longtime boyfriend, fellow actor Dave Franco, in 2017.

Tiffany Haddish stars as Queen Watevra Wa-Nabi, the shape-shifting alien monarch of the Systar System, in "The Lego Movie 2: The Second Part."

Tiffany Haddish has gone from little-known comedian to superstar actress in just three years. The 39-year-old South Los Angeles native got her start with supporting roles on "If Loving You Is Wrong" and "The Carmichael Show" before making it big with her breakout role in 2017's "Girl Trip." She has since released her own memoir, "The Last Black Unicorn," and currently stars on the TBS sitcom "The Last O.G." Next up, Tiffany will lend her voice to the animated Netflix comedy series "Tuca & Bertie" and star in the films "Limited Partners" and "The Kitchen."

Channing Tatum plays Superman, a DC Comics superhero who's one of the Master Builders, in 2019's "The Lego Movie 2: The Second Part."

Channing Tatum landed his first Hollywood role in 2005 and he's been dominating ever since. After starring in the epic dance movie "Step Up," Channing appeared in "Magic Mike," "Magic Mike XXL," "21 Jump Street," "22 Jump Street" and the "G.I. Joe" film series. He will soon star as X-Men character Remy LeBeau/Gambit in a solo film, which he'll also be producing. Channing and wife Jenna Dewan, who share a daughter, Everly, split in 2018 after nearly nine years of marriage. He's been dating British pop star Jessie J since the fall of 2018.

Colbie Smulders plays Wonder Woman, a DC Comics superhero who's an ambassador of the Amazon people as well as a Master Builder, in 2019's "The Lego Movie 2: The Second Part."

Cobie Smulders first came to fame starring as Robin Scherbatsky in "How I Met Your Mother." The 36-year-old went on to star as agent Maria Hill in a string of Hollywood blockbusters, including "The Avengers," "Captain America: The Winter Soldier," "Avengers: Age of Ultron" and "Avengers: Infinity War." She currently stars as Lisa Turner in the Netflix series "Friends from College," and will reprise her role as Maria in 2019's "Avengers: Endgame." Cobie shares two daughters, Shaelyn and Joelle, with her husband of seven years, Taran Killam.

Charlie Day plays Benny, a Master Builder who's a spaceship-obsessed 1980s spaceman, in 2019's "The Lego Movie 2: The Second Part."

Charlie Day is known for playing Charlie Kelly on "It's Always Sunny in Philadelphia," but he has a slew of other credits in notable projects like "Horrible Bosses," "Horrible Bosses 2," "Monsters University," "Pacific Rim," "The Lego Movie," "Fist Fight" and "Pacific Rim Uprising." He currently executive produces "The Cool Kids" on FOX and is set to star in the comedy film "El Tonto." Charlie shares a son, Russell, with his wife of 13 years, Mary Elizabeth Ellis.

Jonah Hill plays Green Lantern, a DC Comics superhero who's one of the Master Builders, in "The Lego Movie 2: The Second Part."

Jonah Hill has become a true Hollywood A-lister over the years with high-profile roles in "Superbad," "Knocked Up," "Forgetting Sarah Marshall," "Get Him to the Greek," "21 Jump Street," "This Is the End," "22 Jump Street" and "War Dogs." He also earned two Academy Award nominations for best supporting actor for his work in "Moneyball" and "The Wolf of Wall Street." In 2019, Jonah will play Lewis in "The Beach Bum" and reprise his role as Snotlout Jorgenson in "How to Train Your Dragon: The Hidden World." The 34-year-old actor is currently dating stylist Gianna Santos.

Nick Offerman plays MetalBeard, a Master Builder who's a large bionic robot pirate with a severed head, in "The Lego Movie 2: The Second Part."

Nick Offerman made a name for himself starring as Ron Swanson on the hit NBC comedy "Parks and Recreation." He's also appeared in "The Founder," "Sin City," "The Lego Movie," "22 Jump Street" and "Fargo." The 48 year old currently hosts "Making It" on NBC and stars on Netflix's "3Below: Tales of Arcadia." Nick is married to "Will & Grace" star Megan Mullally.

Stephanie Beatriz plays General Mayhem, an evil intergalactic mini-doll who's general of the Systar System Army and works under the orders of Queen Watevra Wa-Nabi, in 2019's "The Lego Movie 2: The Second Part." 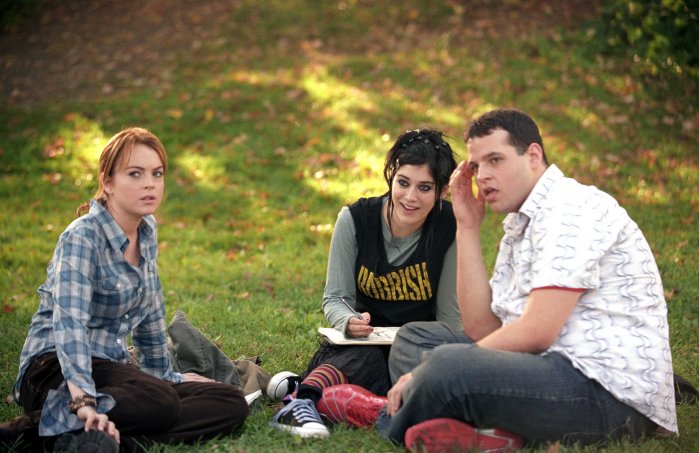