Another week in quarantine means another week spent cycling through your selection of streaming services and choosing what to watch next. What do we think you should add to your social distancing watchlist? Some good ol' '80s films! Join Wonderwall.com as we take a look at the best movies from the "Me" decade that you should consider watching (or rewatching) during quarantine… starting with this beloved classic from John Hughes. The idea that your family has forgotten your birthday is a tough pill for anyone to swallow, let alone a teenage girl. In "Sixteen Candles," the queen of '80s teen movies, Molly Ringwald, stars as Sam, an awkward high school sophomore with a huge crush on hunky senior Jake Ryan and a distracted family who seem to have forgotten her 16th birthday as they prepare for her big sister's wedding. "Sixteen Candles" — of the most memorable movies of the decade — is available to stream on Hulu. Keep reading for more…

RELATED: Most entertaining movie franchises to stream while quarantining

What's more terrifying than a Venus flytrap? A Venus flytrap that feeds exclusively on human flesh and blood. Based on the horror-comedy musical of the same name, "Little Shop of Horrors" follows hapless flower shop assistant Seymour (Rick Moranis), who raises a bloodthirsty plant that has been attracting a ton of business for the once struggling store. The film was fantastic for many reasons — Rick and co-star Ellen Greene's chemistry, its infectious rock songs and heartfelt ballads, plant Audrey II's hilariously biting quips… Also, "Suddenly Seymour" might possibly be one of the best love songs ever.

RELATED: Best movies about travel to stream during quarantine

Is there an '80s film more iconic than this? Often regarded as John Hughes' masterpiece, "The Breakfast Club" follows an unlikely group of high schoolers (played by Judd Nelson, Emilio Estevez, Ally Sheedy, Molly Ringwald and Anthony Michael Hall) who are stuck in the library for weekend detention. What makes the film so incredible is its relatability — these are flawed characters who remind us of ourselves and people we know. The film cuts through the noise by depicting adolescence in a way that doesn't feel sugar coated or wildly unrealistic — teens are seen as actual human beings with actual problems. As one of the most seminal films of the decade, this one deserves all the rewatches.

Nobody puts Baby in a corner! There are a ton of dance films that feel especially cringeworthy upon rewatch, but "Dirty Dancing" isn't one of them. Maybe it's Jennifer Grey's girl-next-door charm, or perhaps it's Patrick Swayze's insane good looks and moves. Whatever the reasons, this is a classic '80s flick that deserves to be revisited. Plus, what better time than now to master that iconic dance move? Cue "(I've Had) The Time of My Life"!

If there's something strange in your neighborhood, who you gonna call? As a concept, "Ghostbusters" was ahead of its time: After losing their jobs at a top university, a team of scientists decide to become "ghostbusters" as an easy way to make money — but they quickly come to realize that the fate of New York City rests in their hands. The film is one of the first to use big budget visual effects, and as Roger Ebert so aptly put it, "'Ghostbusters' is one of those rare movies where the original, fragile comic vision has survived a multimillion-dollar production." Decades later, "Ghostbusters" remains one of the most influential films in its genre.

"Say Anything" on Amazon Prime Video

While Lloyd and Diane's love story is one of the most beloved of the 1980s, there was also something deeply unsettling about Diane's possessive, tax-evading father. Still, "Say Anything" has been regarded by Entertainment Weekly as the greatest modern movie romance ever. The characters in Cameron Crowe's film feel sophisticated and fully realized. Their apprehensions about the future ring true for so many real-life teens (who are, or have been) in their position. In Lloyd Dobler (played by John Cusack), we see a likable, unambitious but good guy who is appropriately intimidated by the idea of having to say goodbye to the comfort of his current circumstances. It's something we've all experienced at one point or another, this idea of not wanting to let go of what feels safe. "Say Anything" is a film that understands that feeling.

To the surprise of absolutely no one, yet another John Hughes film has made our list! In a film that basically lives out every teenager's dream, "Ferris Bueller's Day Off" follows Ferris (Matthew Broderick) as he gallivants around Chicago with his best friend (Alan Ruck) and girlfriend (Mia Sara) after they decide to skip school for the day. It's a classic '80s tale that serves as a lighthearted reminder to enjoy life, have fun and make the most of every moment. After all, "life moves pretty fast; if you don't stop and look around once in a while, you could miss it."

"Back to the Future" on Netflix & Amazon Prime Video

More than being one of the best films of the '80s, "Back to the Future" is arguably one of the best films… period. The classic stars Michael J. Fox as a California teen who travels back in time and works to make sure his parents end up together. Filled with a plethora of iconic and comedic moments, the film left every cinephile wishing they had a plutonium-fueled DeLorean and a wacky mad scientist companion.

There's no romantic comedy more timeless than this. From Meg Ryan and Billy Crystal's undeniable chemistry to Nora Ephron's sharp, thoughtful dialogue to that iconic diner scene, "When Harry Met Sally" is the best of its kind. It challenges the answer to the question of whether or not men and women can be just friends as it chronicles the 12 years that make up Harry and Sally's love story. It's a romantic comedy at its absolute finest, and it's worth every rewatch (quarantine or not).

"Heathers" isn't for the faint of heart. The film, which stars Winona Ryder, Christian Slater and Shannen Doherty and charts the demise of a high school's most notorious group of frenemies, offers up some biting social commentary on high school cliques and walks the line between teen drama and dark comedy. It's filled with moments that are odd, uncomfortable and downright mean.

"Dead Poets Society" is a film that's left a lasting impact on those who've been lucky enough to see it. Robin Williams shines as an English teacher encouraging his students, who are dealing with insurmountable expectations from their school and their parents, to seize the day through unorthodox methods. The film serves as an inspiring reminder that there's more to life than stifling conformity.

"She's Gotta Have It" on Netflix

There's a lot to love about the film that launched Spike Lee's prolific career. Following the life of modern Brooklyn woman Nola Darling, "She's Gotta Have It" humorously explores her experiences with maintaining control over both her life and body in the late '80s. Its all-black cast along with its unflinching examination of modern sexuality are what make this low-budget comedy a delight to watch.

When this Steven Spielberg classic debuted, it captured the hearts of audiences everywhere. There's nothing quite like this film about a group of suburban kids who meet and help an alien stranded on Earth find his way back home. A lighthearted tale about the importance of accepting others without judgment, "E.T." is a film that'll leave you with a huge smile on your face after your tears have dried.

Molly Ringwald shines in yet another John Hughes '80s flick. This time, she plays Andie, a working class high school outcast who falls for one of the most popular and rich guys in school (Andrew McCarthy) much to the displeasure of best friend Duckie (Jon Cryer). It also features one of the best soundtracks in modern film.

Witty, timeless and picture-perfect, "The Princess Bride" is more than your average fairy tale. While it's an adventure film in its own right, the movie also "reveals itself as a sly parody of sword and sorcery films," critic Roger Ebert explained. Quirky, quick-witted and biting, the '80s flick starring Cary Elwes and Robin Wright as Westley and Buttercup is a true classic.

Tom Cruise has been an A-list action star for a long time, and his starring role in "Top Gun" is what started it all. From a forbidden romance and plenty of fighter jet scenes to a joyful karaoke session and that talked-about volleyball scene, this '80s action-drama delivered exactly what moviegoers wanted to see. It's so enduring that 34 years later, fans are getting a sequel: "Top Gun: Maverick" is set to hit theaters in December 2020.

"A Nightmare on Elm Street" on Amazon Prime Video & YouTube

Thanks to the release of movies like "Poltergeist," "The Evil Dead" and "The Shining," the '80s was often regarded as the best decade for horror films. During this era, one iconic franchise in particular resonated with young audiences: Wes Craven's "A Nightmare on Elm Street." It was the film that gave audiences their first look at one the genre's most prolific monsters, Freddy Krueger (played by Robert Englund), a maniacal serial killer who terrorizes teenagers in their dreams — and the film that gave us Johnny Depp in his very first movie role. "A Nightmare on Elm Street" remains a quintessential slasher flick to this day.

Filmmaker Tim Burton, who has an unrivaled ability to tell a bizarre and off-kilter yet delightful story, is truly in a league of his own. "Beetlejuice" follows a newly deceased couple (Geena Davis and Alec Baldwin) as they enlist the services of a poltergeist (Michael Keaton) to help scare away the family — which includes a teenager who's able to see ghosts (Winona Ryder) — that's moved into their home. It packs a creepy, cartoonish punch and Michael shines as the film's titular character.

After discovering an old pirate map, a group of kids embarks on a journey to find lost treasure and save their neighborhood, but it doesn't take long for things to go awry. "The Goonies" had every '80s kid desperately wanting to go on a thrilling,  summertime expedition like this. With a cast of child stars that included Sean Astin, Josh Brolin, Corey Feldman, Sean Astin, Martha Plimpton, Ke Huy Quan and more, it captured the adventurous spirit of what it meant to be a teen during this time.

While the question of whether "Die Hard" should be considered a holiday movie remains, there's one fact about the blockbuster that's indisputable: It's one of the 1980s' most memorable action films. In addition to setting the bar high for all of the action movies that followed, "Die Hard" launched then-TV actor Bruce Willis to major movie stardom. Though he's since taken on a plethora of other roles, he'll always be tough-guy cop John McClane to us. 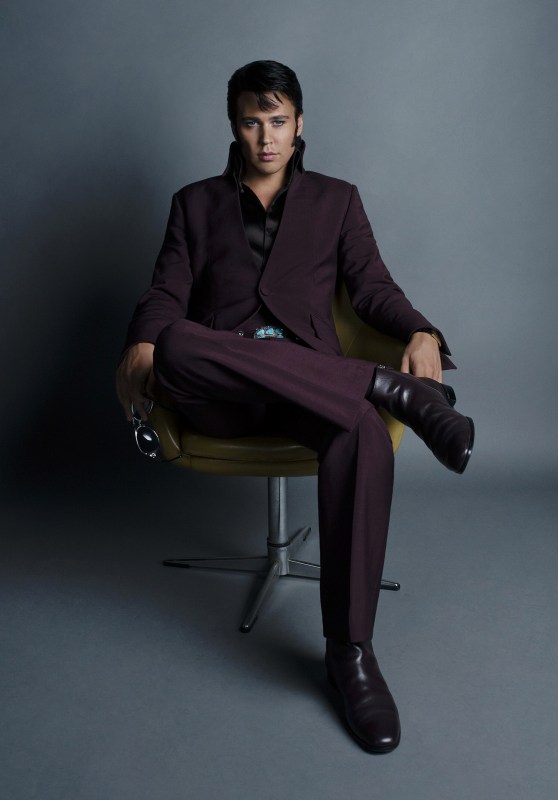