Dolly Parton is a force to be reckoned with! The country music legend has been blazing her own trail since she was a child, establishing herself as both an entrepreneur and a superstar: She now has an estimated net worth of $500 million! To celebrate the entertainer's big November 2019 — her Netflix series, "Heartstrings," premieres on Nov. 22 and the TV special "Dolly Parton: 50 Years at the Grand Ole Opry" debuts on Nov. 26 — we're taking a look at the business of being Dolly! Keep reading to take a walk down memory lane and relive her biggest career moments ….

Dolly Parton got her start at a very young age! She was the fourth of 12 children in a working-class family in Tennessee whose talent and ambition had her appearing on local radio stations at age 10. By 13, she'd recorded her first song, "Puppy Love." And her writing abilities were just as impressive as her vocal chops! She moved to Nashville after finishing high school, was signed by Combine Publishing and started writing hits for artists like Bill Phillips, Hank Williams Jr. and Skeeter Davis.

RELATED: What country stars looked like at the beginning of their careers

Dolly Parton started her own publishing company early on in her career in 1966 alongside Bill Owens. They called it Owe-Par, an homage to their last names. In the scheme of Dolly's career, this was one of her most pivotal moves as it made sure she maintained the copyright to her songs. But writing wasn't Dolly's only ambition in Nashville: She also wanted to sing. She signed with Monument Records in 1965 and released her first full-length album, "Hello, I'm Dolly," in 1967.

TV was next for Dolly Parton, who joined "The Porter Wagoner Show" in 1967. Her duets with the show's titular star became big hits in the country world, and his notoriety helped her gain star power. The duo were so successful that Dolly ended up signing with Porter's label, RCA Victor.

1973 saw Dolly Parton become a music powerhouse with her biggest hit to date — "Jolene." It topped the country charts and let her step out of the shadow of Porter Wagoner, though the two remained professionally close. It was actually her relationship with Porter that inspired her 1975 hit "I Will Always Love You" (yes, the same song that Whitney Houston later covered to much acclaim).

It was time for Dolly Parton to stand alone in the world of television, so her very own TV variety show — aptly titled "Dolly!" — was born in 1976. This move helped her cross over from the country world to the world of pop.

Dolly Parton's first album to sell more than a million copies? That came in 1977 when she released "Here You Come Again." Dolly chose wisely when it came time to record this album, not wanting to create another moderately successful album in the wake of that same year's "New Harvest… First Gathering." She worked with powerhouse pop producer Gary Klein to hone a more pop feel, and it was obviously a smart move. That title track would be her first pop single that charted in the top 10 (it reached No. 3). From then on, she navigated the pop and country worlds simultaneously.

She wasn't only crossing over in the pop music world — she was also mixing things up with famous faces on television. Dolly Parton starred alongside Carol Burnett in 1978 on the CBS special "Carol and Dolly in Nashville."

Time for a big award! 1979 saw Dolly Parton finally take home a Grammy. She'd previously been nominated 13 times, but it was lucky number 14 that got her the trophy. That year, she won best female country vocal performance for "Here You Come Again."

An Emmy nomination was next! In 1979, Dolly Parton picked up a nod for best supporting actress in a variety program for her guest appearance on one of Cher's television specials the previous year.

1980 saw major success for Dolly Parton in the music department with the release of three back-to-back country chart-toppers — "Starting Over Again," "Old Flames Can't Hold a Candle to You" and "9 to 5."

Dolly Parton's song "9 to 5" was also the theme for a big hit movie co-starring Dolly, Jane Fonda and Lily Tomlin. It marked Dolly's first time on the big screen while the song went on to top not only the country charts but the pop and adult-contemporary charts too. The track earned an Academy Award nomination for best original song and Dolly's acting earned her Golden Globe nominations for best actress in a movie musical or comedy and new star of the year — actress.

Sticking with movies! Dolly Parton's next flick was 1982's "The Best Little Whorehouse in Texas" co-starring Burt Reynolds, which earned her a Golden Globe nomination for best actress in a movie musical or comedy. She also re-recorded her old hit "I Will Always Love You" for the flick.

1983's "Islands in the Stream" was a smash-hit duet that Dolly Parton performed with Kenny Rogers. Though the mid '80s saw a slight decline in Dolly's popularity in the music world, that wouldn't last long!

Dollywood is born! In 1986, Dolly Parton bought an interest in Silver Dollar City, an amusement park in Pigeon Forge, Tennessee. It reopened that same year as Dollywood and under the new name doubled in size and became the most popular tourist attraction in Tennessee.

1987 saw Dolly Parton team up with fellow stars Emmylou Harris and Linda Ronstadt to release the album "Trio." The project was a massive success that put Dolly back on the music map.

Dinner theater was Dolly Parton's next venture. Dolly Parton's Stampede opened in Pigeon Forge, Tennessee, in June 1988. The Wild West-themed show filled with rodeo events, trick riding and even participation from diners themselves was such a hit, a second location opened in Branson, Missouri, in 1995.

Aside from her music publishing company, Dolly also co-founded a film and television production company, Sandollar Productions, with her longtime former manager, Sandy Gallin. Sandollar produced hits like "Father of the Bride" for the big screen and "Buffy the Vampire Slayer" for TV. It also produced an Academy Award-winning documentary, 1989's "Common Threads: Stories from the Quilt." (These days, Dolly produces under her Dixie Pixie Productions banner.)

Back to the big screen! Dolly Parton starred in "Steel Magnolias" in 1989 — which ended up being a massive hit at the box office, earning more than $95 million in the States alone.

In 1992, Whitney Houston recorded Dolly Parton's song "I Will Always Love You" for the soundtrack to the film "The Bodyguard." This use of Dolly's prior work ended up being her biggest financial success to date, earning her millions of dollars. The soundtrack to "The Bodyguard" became the best selling soundtrack of all time, moving more than 45 million copies — and "I Will Always Love You" sold 20 million units on its own. According to The Hollywood Reporter, in the weeks following Whitney's 2012 death, the ballad sold 735,000 copies, which lined Dolly's pockets with $70,000 for just that short period of time.

From theme parks to water parks, Dolly Parton covered her bases in the amusement park business. In 2001, she opened Dollywood's Splash Country, which is located next to the Dollywood theme park in Pigeon Forge, Tennessee.

Dolly Parton picked up a second Academy Award nomination in 2006 for her song "Travelin' Thru," which she wrote for the 2005 film "Transamerica."

It was about time Dolly Parton started her own record label. The superstar launched Dolly Records in 2007. From that point on, she released her music under her own banner, starting with that year's "Better Get To Livin'."

Moving to the theater stage! Dolly Parton wrote the score for "9 to 5: The Musical," an adaptation of her hit film. It debuted in Los Angeles at the Ahmanson Theatre in 2008 and opened on Broadway in 2009.

Dolly Parton sold nearly 275,000 tickets and grossed $34 million — her most successful haul from a concert trek to date, as reported by GoBankingRates — from her 50-date international "Better Day" tour in 2011.

In 2015, Dolly Parton expanded her empire further when Dollywood opened the 300-room luxury DreamMore Resort and Spa in Pigeon Forge, Tennessee. The investment value was upwards of $300 million, GoBankingRates reported.

TV movies, here she comes! Dolly Parton's NBC offering "Dolly Parton's Coat of Many Colors" was based on her song of the same name. Dolly narrated the popular flick, which debuted in 2015. She also made an appearance in the sequel, which came out the following year. All told, the nearly three dozen movies, TV shows and TV movies the icon has made during her career have earned more than $300 million, GoBankingRates reported.

Tour time again! In 2016, Dolly Parton headed out for one of her biggest American tours in decades. The concert trek was in support of her latest album, "Pure and Simple." That same year, she also re-released "Jolene" with the popular group Pentatonix and performed with them and goddaughter Miley Cyrus on "The Voice" that November. According to Forbes, during 2016, Dolly added another $19 million to her fortune.

2018 saw Dolly Parton team up with Netflix for the flick "Dumplin'." Based on a young adult novel, the Netflix movie stars Jennifer Aniston and Danielle Macdonald, with a major part of the plot centering around a teen's love of Dolly Parton. The soundtrack is all Dolly — made up of six new songs and six re-recordings of older Dolly hits with current stars like Miranda Lambert and Sia joining on other tracks.

Netflix answered our prayers for more Dolly with its Nov. 22, 2019, anthology series, "Dolly Parton's Heartstrings." The show is eight standalone episodes, each based of one of her songs. The star herself executive produced the series (and stars in one episode!). Other notable actresses in the streaming platform project are Julianne Hough, Melissa Leo, Ginnifer Goodwin and many more.

On Nov. 26, 2019, NBC debuts "Dolly Parton: 50 Years at the Grand Ole Opry" to honor the country music legend and her many achievements. The show itself was taped in October and features country music's biggest names including Dierks Bentley, Emmylou Harris, Toby Keith, Lady Antebellum and Hank Williams Jr. performing the icon's greatest hits. "It's been a great honor to be a part of the Grand Ole Opry all these years," Dolly said of the show. "It was always my dream. To have a whole celebration and to have it televised, it's really a wonderful thing to round out my life like that." 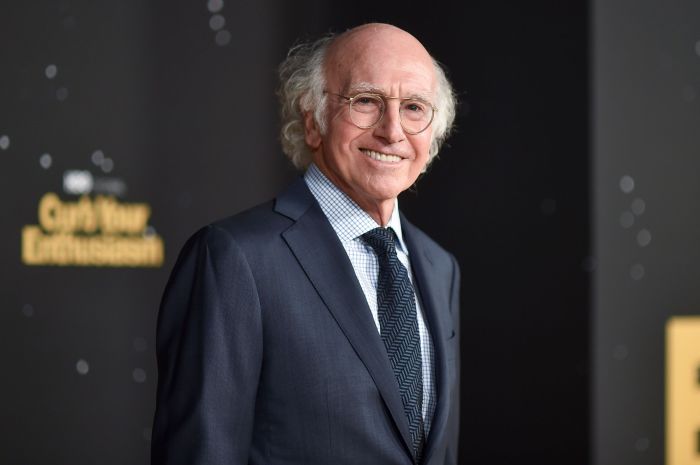