Reba McEntire is so much of a brand that she can go by one name: Reba. Throughout her long and insanely successful career, Reba has sold 90 million records worldwide, starred in hugely successful movies and TV shows, amassed a reported net worth of $95 million and taken home more awards than you can count. Speaking of award shows, on April 7, 2019, the redheaded superstar will host the Academy of Country Music Awards for the 16th time! In honor of her hosting gig, Wonderwall.com is diving into the business of being Reba…

Reba was just a youngster when she made her singing debut in the first grade, performing "Away in a Manger" in a school Christmas play. Although her mother wanted her to be a country singer, Reba's upbringing wasn't exactly surrounded by music as she was raised on her family's 8,000-acre ranch in Chockie, Oklahoma. Her father, Clark, was a world champion steer roper. Reba also caught the rodeo bug, entering barrel racing competitions from 11 years old to 21 years old. During those long road trips to and from rodeo competitions, Reba's mother taught the redhead and her siblings how to harmonize.

RELATED: The hottest men in country

Along with her sister and brother, Reba recorded a single in 1971 called "The Ballad of John McEntire." After that, the siblings formed a group called The Singing McEntires. They would often perform at rodeos and dance halls. Around that same time, Reba started attending college at Southeastern Oklahoma State University. She would eventually graduate with a major in elementary education and, fittingly, a minor in music.

RELATED: Celebs and their cute kids

Reba's big break came while performing the National Anthem at the National Rodeo Finals in 1974. Performer Red Steagall was also there. As legend has it, he was so impressed with Reba that he invited her to record demos for his music publishing company. Reba recorded during spring break and eventually scored a record deal with Polygram Mercury Records.

After a bumpy start in which her first four albums didn't exactly shake up the industry, Reba notched her first No.1 songs in 1982 with "Can't Even Get the Blues" and "You're The First Time I've Thought About Leaving."

It was in 1984, seven years after her big break, that Reba's career finally took off. Her album "My Kind of Country" had two No. 1 songs. She also won the CMA female vocalist of the year award for the first time. In 1986, she released "Whoever's in New England," which went to No. 1 and was certified gold. This was the moment that Reba's reign over country music had officially begun.

By now a hugely successful artist, Reba married her manager, former steel guitar player Narvel Blackstock, in 1989. Prior to their wedding, she and Narvel created Starstruck Entertainment, which handled management, booking, publicity and publishing. The company also worked with Kelly Clarkson and Blake Shelton. Reba the businesswoman was born.

In 1990, Reba and Narvel Blackstock welcomed their son, Shelby Steven McEntire Blackstock. He's Reba's only biological child, although she has five stepchildren. Shelby is now a race car driver. And guess what? Reba is one of his major sponsors and her company's name is on his car. "It's really exciting to watch him race. The terrifying time for me is 'starts.' I love to watch Shelby Race," she once said.

Due to her enormous success as a singer, Hollywood came calling. In 1990, Reba starred alongside Kevin Bacon in the horror film "Tremors." She would go on to star in a slew of movies over the years but turned down the role of Molly Brown in "Titanic" (she was on tour.) The role eventually went to Kathy Bates.

You know you're a bona fide star when you get a sitcom named after you. From 2001 to 2007, the singer was the lead character on "Reba." While acting on the WB network show, Reba starred as Reba Hart, a Houston-based single mom of three. Reba earned a Golden Globe nomination for her work. The show also featured Steve Howey, who went on to star on "Shameless," and JoAnna Garcia Swisher. Of late, there have been rumors of a possible reboot. Reba also starred on "Malibu Country" on ABC in 2012 and 2013.

In 1995, Reba starred as Annie Oakley in the movie "Buffalo Girls" but made the role her own in 2001 while playing the legendary cowgirl on Broadway in "Annie Get Your Gun." During her time on Broadway, Reba's acting was well received and she even earned a few industry awards.

Did we mention that Reba is a legitimate clothing designer? In 2005, she partnered with Dillard's department store and launched her Reba women's clothing line. "Women should feel terrific and confident about how they look each moment of their lives and the clothes that we wear play a huge role in evoking these feelings," she said.

Singer? Check! Movie star? Check! TV star? Check! Oh yeah, Reba is also an author. In 1994, she released her autobiography, "Reba: My Story." She followed that up with "Comfort from a Country Quilt," which came out in 1999. In that book, she spoke about the many roles she's taken on as a mother, stepmother, daughter, sister, Christian and superstar… among others.

Reba is no stranger to partnerships. In 2016, she partnered with Cracker Barrell for a retail line called "Rockin' R by Reba," which featured specialty items designed by the singer and inspired by her life. There was everything from Western-themed jewelry, Aztec-inspired ponchos and shawls, dinnerware, home goods and toys. Likewise, she also put out a Christmas album that's exclusive to the restaurant.

In 1992, Reba decided to give back to the community that helped raise her, opening Reba's Ranch House, a facility in Denison, Texas, that hosts families who have loved ones in local hospitals. It's estimated that about 35,000 families have called Reba's Ranch House a home away from home while their loved one gets care. The Ranch House not only provides shelter, but it also provides food. Inside is the Room For Hope, which provides prosthetics, bras and wigs to those battling cancer. The items are free with the promise to return them to the Ranch House once they are no longer needed. Other organizations such as Outnumber Hunger, ACM Lifting Lives, the Red Cross, the Salvation Army and more have benefitted from Reba's charitable contributions.

In 2015, Reba and good friends Kix Brooks and Ronnie Dunn, otherwise known as Brooks & Dunn, kicked off a Las Vegas residency dubbed "Together in Vegas" at Caesars Palace. In its first year, after just 18 performances, the show had grossed nearly $10 million. It's been a wildly successful residency and was extended into 2019.

In 2018, KFC unveiled a fun roster of celebrities to temporarily star as Colonel Sanders. Naturally, Reba was one of those celebrities, and the only woman. In the commercials, she wore the white wig and facial hair. When she sang a chicken-inspired song in one of the ads, there was no mistaking who was behind the beard. As for why she wanted to pitch the brand's Smoky Mountain BBQ chicken, she said, "It was a great thing to do. It's a spoof, and I'm an actress and that's how I took it." By the way, Reba said she kept the costume.

Plain and simple, Reba is one of the most decorated country music artists of all time. A three-time Grammy winner, Reba is basically the queen of country music award shows. She holds the record for the most Academy of Country Music Award nominations for a female artist, and she's won top female vocalist seven times. She's also won entertainer of the year, arguably the Academy's top prize. She's also taken home a slew of trophies from the Country Music Association Awards, including female vocalist of the year (four times) and entertainer of the year. She's been inducted into the Grand Ole Opry and the Country Music Hall of Fame.

One of the highlights of Reba's career came in 2018 when she received a Kennedy Center Honors Award, which is given to those in the performing arts to honor a lifetime of contributions to American culture. It's really a lifetime achievement award. "I know that I was born an entertainer to help heal hearts — by singing, by acting, by letting people laugh," Reba said that evening. "I love to help people with their problems when they come into a concert. I hope that they dust their problems off their feet and come in and have a good time, recharge their batteries, and when they leave they can pick their problems up that are just a little bit lighter when they go home."

It's almost an annual rite of passage for Reba to host the Academy of Country Music Awards. After all, all award shows need a major star manning the helm. In 2019, it will mark her 16th time emceeing country music's biggest party. "I guess they finally figured out it only takes one woman to do the job of two men," Reba joked on Twitter, referring to previous hosts Luke Bryan and Dierks Bentley. Two days before she hosts, Reba is releasing a new album, "Stronger Than the Truth."

When Reba and Narvel Blackstock divorced in 2015, she not only lost a husband but a manager. What's a superstar to do? Well, launch her own management company and become her own manager! "I'm getting a business education. Looking back, I'm amazed at how much I didn't know about how this business works, and I didn't realize," she told The Contributor, "and I always thought I was a pretty good businesswoman."

Reba hasn't always been lucky in love. In 1976, she married steer wrestling champion and rancher Charlie Battles. After 11 years, and with Reba's career skyrocketing, the marriage crumpled and the two divorced. Two years after the divorce, in 1989, Reba married Narvel Blackstock, who already had three children from a previous marriage. In 2015, after 26 years together, the couple separated. In late 2017, she began dating retired oil geologist Anthony "Skeeter" Lasuzzo, whom she met through friends in Jackson Hole, Wyoming. In April 2019, she told People magazine that they love to travel and have so far vacationed in South Africa, Italy and Iceland and have more trips planned.

One word: longevity! Reba is the only country female solo act to have a No. 1 song in four straight decades: the 1980s, '90s, '00s and '10s. She also has more No. 1 albums than any other female country artist and has sold more than 9 million concert tickets in her career. It's no wonder they call her the Queen of Country! To get an even better idea of her success, she's reportedly the No. 10 best-selling female artist of all time from all genres of music, which puts her in a group with Shania Twain, Whitney Houston, Celine Dion, Mariah Carey, Madonna and some woman named Barbra Streisand. 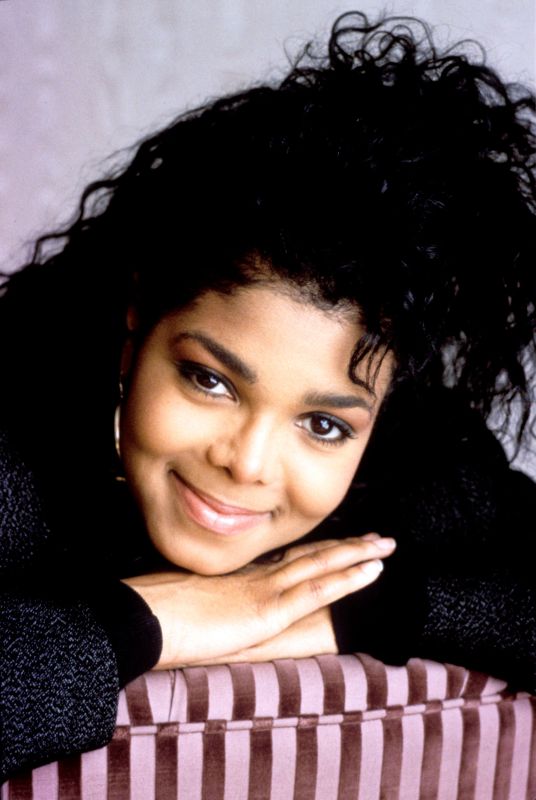