It feels like just yesterday that Nicki Minaj released her debut studio album, "Pink Friday" (it was actually 2010!). On Dec. 8, 2020, the acclaimed rapper celebrates her 38th birthday and in honor of her big day, Wonderwall.com is taking a look at Nicki and more of the music industry's most famous rapper moms… In July 2020, the "Starships" emcee took to Instagram to announce that she was expecting her first child with husband Kenneth Petty, whom she married in October 2019. "Love. Marriage. Baby carriage. Overflowing with excitement & gratitude. Thank you all for the well wishes," she captioned one of her bump pics. On Sept. 30, 2020, Nicki became a first-time mom when she gave birth to a son. Keep reading for more…

While Cardi B's marriage to Migos rapper Offset has been tumultuous, but if there's one blessing that's come out of their union, it's their baby girl, Kulture! In July 2018, the "Be Careful" emcee welcomed her first child, daughter Kulture Kiari Cephus, with Offset, whom she married in 2017. "Bro, there's this feeling as soon as my baby came out that is like, I can't leave my baby now for like one second," she told Vogue. "A lot of people keep telling me, like, you gotta find a nanny, you gotta start working soon and it's so hard because, like, I wanna be with my baby every second. Even when I'm doing my hair in the other room, I just gotta be around her."

Lil' Kim, who broke onto the music scene in the mid '90s and is known for hit tracks like "No Time," "Not Tonight (Ladies Night)" and "Crush on You," is a mother of one! June 9, 2014, is the day the veteran emcee welcomed baby girl, Royal Reign, at 39 with rapper Mr. Papers. "After I had my baby, I was like, 'I have to get right to it… I have to make sure that that baby has everything and doesn't want for nothing," Kim told HipHollywood.com.

RELATED: The biggest LGBTQ stories of 2020

Lauryn Hill, who's spawned hits like "Doo Wop (That Thing)," "Ex-Factor" and "Everything Is Everything," has long been praised as one of the greatest rappers of all time. "The Miseducation of Lauryn Hill" emcee is a mom of six. Five of her kids are with Rohan Marley, a former football player who's the son of music legend Bob Marley: Zion, Selah, Joshua, John and Sarah. She's never publicly identified son Micah's father.

"The New Classic" rapper Iggy Azalea welcomed her first child, son Onyx Carter, with rapper Playboi Carti in 2020. "I have a son," the "Fancy" emcee shared via Instagram. "I kept waiting for the right time to say something, but it feels like the more time passes, the more I realize I'm always going to feel anxious to share news that giant with the world." She continued, "I want to keep his life private but wanted to make it clear he is not a secret & I love him beyond words." Iggy split with Onyx's father later the same year.

Eve, who's known for tracks like "Tambourine," "Gangsta Lovin," "Who's That Girl" and "Let Me Blow Ya Mind," is a stepmom! In June 2014, the rapper married British businessman Maximillion Cooper, who has four children. "It is [very complicated], but I got very lucky," she told HuffPost Live. "I don't even think I talked to kids before him."

British music star M.I.A., who's known for smash singles like "Paper Planes," is another famous rapper mom. The "AIM" performer gave birth to a son, Ikhyd Edgar Arular Bronfman, on Feb. 13, 2009, with her then-partner, musician and businessman Benjamin Bronfman.

Rico Nasty, who garnered attention in 2018 for her punk approach to hip hop, welcomed son Cameron when she was 18. "I can honestly say that's the best part — being with your kid and not feeling like they're missing out, because there's nothing going on," she told Vogue UK in 2020 of spending time with her son amidst the coronavirus pandemic. "[Cameron] is 4, so he's at that age where he wants to be around other kids. It's weird watching him go from being a mama's boy to asking me, 'Where my friends?' He wants to know why he can't go to school, why he can't come to Target. And it's scary because we don't know how long it's gonna last. But thank God we get to be with the babies. With my job, I'm always far away from him. So we've been having a lot of fun — we've been building forts."

Sandra Denton — aka Pepa of Salt-N-Pepa — is a mom as well! The veteran emcee welcomed her first child, son Tyran Jr. Denton, on July 6, 1990. His dad is rapper Tyran "Tah-Tah" Moore. In 1999, Pepa married Treach of the group Naughty by Nature, though the divorced a few years later. She gave birth to their daughter, Egypt Jahnari Criss, on Sept. 2, 1998.

Since breaking onto the scene in 2017, female rap duo City Girls has been taking the industry by storm. Member Yung Miami isn't just a talented emcee — she's a mother too! The rapper has two children: son Jai and daughter Summer Miami, who was born in 2019. She shares her baby girl with boyfriend Southside, a music producer.

Rapper Remy Ma has two children: son Jayson from a previous relationship and daughter Reminisce Mackenzie with rapper Papoose. "It's a girl!" she revealed on Instagram in 2018. "The Golden Child is here!!! Thank you @papoosepapoose for making me the happiest wife on the planet #BlackLove #RemAndPap." Remy is also a stepmom to Papoose's three children.

New York City-born rapper Roxanne Shante, who debuted her first album, "Bad Sister," in 1989, garnered attention as a member of the hip-hop collective Juice Crew. She has two children.

Snow Tha Product is another emcee who's a mom! The "Good Nights & Bad Mornings" rapper has son Drew Feliciano with her ex-husband, whom she was married to for 10 years. In July 2019, the mom-of-one announced that she was engaged to partner Julissa, otherwise known as JuJu.

Queen Latifah has long been private about her love life, but in 2019, reports claimed the "U.N.I.T.Y." rapper welcomed son Rebel with rumored partner Eboni Nichols. Latifah has not confirmed the rumor. 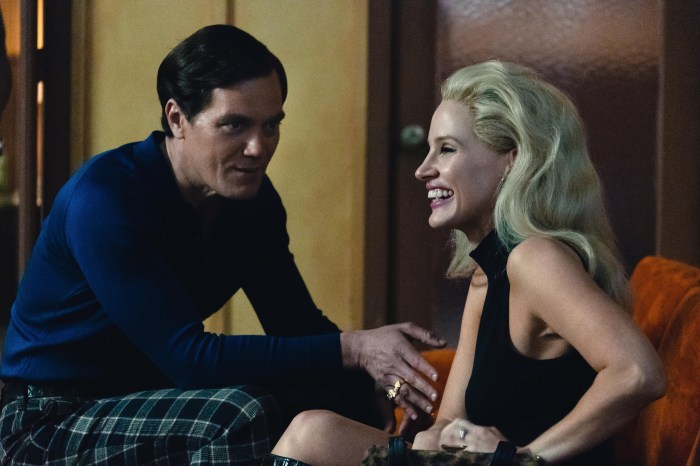