Rapper-model Chynna dies at 25: She "was deeply loved and will be sorely missed"

On April 8, up-and-coming rapper and model Chynna (full name: Chynna Rogers) passed away at her home in Philadelphia at 25. The Department of Public Health revealed the cause of death was an accidental drug overdose. Chynna's family told People magazine in a statement, "Chynna was deeply loved and will be sorely missed." The shocking news comes just four month after her EP "If I Die First" was released. The female MC was part of the A$AP Mob rap crew. She'd been open about her past struggles with opiod addiction and spoke about how music saved her during her darkest times.

Bob Dylan scores first-ever No. 1 song on a Billboard chart with "Murder Most Foul"

For the first time in history, the legendary Bob Dylan has scored a No. 1 song on a Billboard chart: "Murder Most Foul" topped the Rock Digital Song Sales chart this week. The nearly 17-minute track addresses the 1963 assassination of President John F. Kennedy and is his first original release since 2012. Some of the songs he's written have reached No. 1 — Peter Paul & Mary's 1963 hit "Blowin' in the Wind" and the Byrds' 1965 hit "Mr. Tambourine Man" — but the highest Dylan himself ever reached as a performer before now was No. 2.

As the music world deals with the loss of music icon John Prine, who died on April 7 from COVID-19 complications, those in Nashville — many of whom consider John a musical messiah — are helping remember the man by reminding us of some of his biggest hits you should add to your playlist including "Sam Stone," "Hello in There," "Sweet Revenge," "Lake Marie" and "Summer's End."

RELATED: Celebrities who have tested positive for the coronavirus

Leave it to Randy Newman to keep it light and fun! On April 8, the famed singer-songwriter wrote a track about the ongoing COVID-19 pandemic entitled "Stay Away" after getting a request from Los Angeles public radio station KPCC. Randy was initially asked to do a PSA about social distancing, but instead wrote the catchy tune that features lyrics like, "Stay away from me / Baby, keep your distance, please / Stay away from me / Words of love in times like these." As anxiety about the coronavirus continues, it's nice to have a funny, lighthearted break.

Andrea Bocelli is making sure that fans can still enjoy Easter Sunday even if they are unable to attend church services in person. The legendary opera singer announced on April 8 that he will perform a concert, "Andrea Bocelli: Music for Hope," at Milan's Duomo Cathedral on April 12 and it will be streamed on his YouTube channel. Because the Duomo has been closed due to COVID-19, he and cathedral organist Emanuele Vianelli will perform iconic songs like "Ave Maria" and "Sancta Maria" to an empty venue. The icon said, "I believe in the strength of praying together; I believe in the Christian Easter, a universal symbol of rebirth that everyone — whether they are believers or not — truly needs right now."

Broadway fans were in for a treat if they tuned in to John Krasinki's new quarantine YouTube show, "Some Good News," on April 6. Lin-Manuel Miranda and the cast of "Hamilton" surprised 9-year-old superfan Aubrey by getting the whole cast on a Zoom call. Before the stars joined, John brought out wife Emily Blunt who joked with the young fan about watching her film "Mary Poppins Returns" and set up the surprise. Once Lin-Manuel joined the call, he brought out Daveed Diggs, Okieriete Onaodowan, Phillipa Soo, Christopher Jackson, Jasmine Cephas Jones, Renée Elise Goldsberry, Jonathan Groff and Javier Muñoz to perform the iconic hit "Alexander Hamilton," the opening number from the show. Aubrey was speechless!

Alicia Keys is living out all our fantasies while speaking about her special relationship with Oprah Winfrey. Alicia's new book, "More Myself: A Journey," which is the first release on Oprah's new imprint, An Oprah Book, came out on March 31. Speaking with "Entertainment Tonight" on April 7, Alicia explained how Oprah has helped her, saying, "She's a beautiful big sister to me, a special human in my life, and really just somebody who I model a lot of things off of. You can be powerful and kind and successful and graceful. You can have it all." Alicia also said that Oprah encouraged her unfiltered honesty in the book, in which she chronicles things including her childhood and being raised by a single mother, her friendship with Prince and her marriage to Swizz Beatz.

The Weeknd claims Usher copied his style in hit song "Climax": "It was very flattering"

The Weeknd is calling out Usher for mimicking his style. On April 8, The Weeknd (real name: Abel Tesfaye) spoke with Variety about his sound, explaining how his 2011 mixtape influenced the sound of music to come. "House of Balloons" literally changed the sound of pop music before my eyes. I heard 'Climax,' that Usher song, and was like, 'Holy f—, that's a Weeknd song.'" While The Weeknd says he was initially angry that Usher seemingly copied his sound, he learned to take it as flattering that such an R&B legend would be influenced by his work. Mega-producer Diplo chimed in to say, "Usher has the power to take a record into any lane. He's that big. He brought house music to the R&B crowds in America, and with 'Yeah!' he brought synths to Atlanta hip hop." 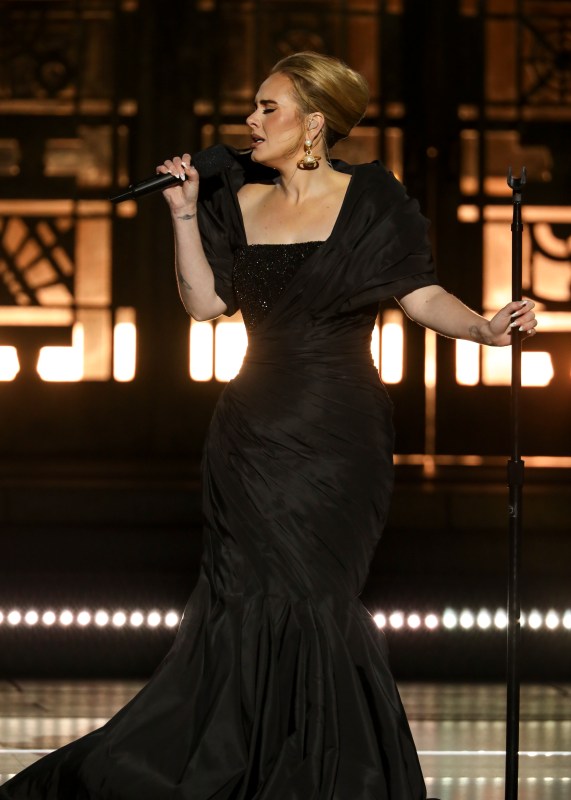