Five years ago, "30 Rock" aired its final episode, forcing viewers to say goodbye to producer Liz Lemon and her sketch comedy show, "TGS with Tracy Jordan." Yes, we've been able to binge watch the show since then, but it just isn't the same without Jenna Maroney's latest antics or Liz's latest failures in love. Wonderwall.com is taking a look back at the stars of this hilarious sitcom to see how they've changed since the finale. Keep reading to see what everyone from Tina Fey to Alec Baldwin to Jack McBrayer are doing now.

RELATED: Reality TV villains: Where are they now?

Liz Lemon, played by Tina Fey, was the creator and producer of "The Girlie Show," which was rebranded as "TGS with Tracy Jordan" when "30 Rock" kicked off. Liz was constantly awkward, quirky and incredibly relatable, and throughout the show, her work and personal troubles produced endless comedic fodder.

After "30 Rock," Tina Fey created and produced the Netflix comedy "Unbreakable Kimmy Schmidt," on which she's also occasionally appeared. She's currently an executive producer on the NBC comedy "Great News" (she's popped up on that too). On the big screen, she's starred in movies like "This Is Where I Leave You," "Sisters" and "Whiskey Tango Foxtrot." She also stays busy with her two daughters, Alice and Penelope, with composer Jeff Richmond.

Throughout all seven seasons of "30 Rock," Alec Baldwin played network executive Jack Donaghy, who begins the show as the vice president of East Coast television at NBC and ends the show as the head of NBC — and as dad to daughter Liddy with Avery Jessup, played by Elizabeth Banks.

Since "30 Rock" ended in 2013, Alec Baldwin has been busy at home and on TV. On the personal front, he and wife Hilaria have grown their family. Since the series finale in January 2013, they've had three children — daughter Carmen and sons Rafael and Leonardo. In November 2017, they announced that they were expecting their fourth child together. When Alec isn't on daddy duty, he's making headlines for his portrayal of President Donald Trump on "Saturday Night Live."

Comedian Tracy Morgan played Tracy Jordan — a fictionalized version of himself — on "30 Rock." Tracy is forced upon Liz Lemon and her "The Girlie Show" by Jack Donaghy. The B-list movie star, who experiences revitalized success on "TGS," was the loose cannon of the show.

In June 2014, Tracy Morgan was involved in a serious car crash in New Jersey that involved numerous other cars and a Walmart tractor-trailer while on his way home from a stop on his "Turn It Funny" tour. His friend and collaborator James McNair was killed in the crash and Tracy suffered multiple injuries, which required months of rehabilitation. In his first interview post-crash, he told "Today," "I have my good days and my bad days, where I forgot things." He is now back to work and will be on a new TBS show, "The Last O.G.," which premieres in April 2018. In 2015, Tracy married longtime love Megan Wollover, with whom he has a daughter, Maven. He also has three adult sons from his first marriage.

The diva of "TGS with Tracy Jordan" was Jenna Maroney, played by Jane Krakowski. Not only was she the star of Liz's show (and endlessly attention-seeking), but she was also Liz's longtime BFF.

After seven seasons of playing Jenna Maroney, Jane Krakowski transitioned to playing out-of-touch socialite Jacqueline Voorhees on "Unbreakable Kimmy Schmidt" (which her former co-star, Tina Fey, created and produced!). She also headed to Broadway where she appeared in the play "She Loves Me," a performance that earned her a Tony Award nomination for best featured actress in a musical in 2016. She reportedly split from British fashion designer Robert Godley, the father of her son, Bennett, in 2013.

Jack McBrayer played Kenneth Parcell, an NBC page who was eternally cheerful no matter what Jack Donaghy said about him. Kenneth had some of the best lines of the show, especially when it came to his references to his upbringing in Stone Mountain, Georgia.

Like his character, Kenneth, Jack McBrayer loves television and has continued to work on sitcoms. He memorably appeared on "The Increasingly Poor Decisions of Todd Margaret" and has been a recurring character on "The Middle," playing happy-go-lucky dentist Dr. Ted Goodwin. He's also done voice-over work in projects including "Smurfs: The Lost Village," "Wander Over Yonder" and "Jake and the Neverland Pirates" and will reprise his role as Felix in "Ralph Breaks the Internet: Wreck-It Ralph 2." While details on his love life are slim, Jack's been best friends with Swedish actor Alexander Skarsgard for years.

Scott Adsit played "TGS" producer Peter Hornberger on "30 Rock." Pete was Liz Lemon's sane BFF (at least before she got close to Jack Donaghy), though he comes off as insane and pathetic (especially in the eyes of Jack) at many times.

Like Jack McBrayer, Scott Adsit has gotten into voice work since "30 Rock." He played Baymax, a loveable robot, in the Disney movie "Big Hero 6" in 2014 and has been reprising the role on the Disney Channel's "Big Hero Six: The Series" since 2017. He's also done live-action comedy, starring alongside Amy Sedaris in the Adult Swim show "The Heart, She Holler" in 2014.

Katrina Bowden played ditzy Cerie Xerox, Liz's pretty assistant who many of the male writers had a crush on. Cerie unintentionally egged these crushes on with her revealing outfits in the office (which also led to Jenna Maroney feeling threatened by Cerie's beauty and youth).

Since wrapping her role as Cerie on "30 Rock," Katrina Bowden has balanced acting with becoming a fitness blogger. Between workouts, Katrina starred in the Hallmark movie "Love on the Slopes" and played Fortune on TNT's short-lived drama "Public Morals." A few months after the "30 Rock" finale, she married longtime love Ben Jorgensen, a musician, in New York.

Judah Friedlander played writer Frank Rossitano, whose style mirrored the actor's own — think trucker hats with sayings on them. Frank, a prolific writer for "TGS," was best known for his immature interests and sloppy way of dressing.

Post-"30 Rock," Judah Friedlander has had the chance to team up with his former co-stars, appearing on two episodes of "Unbreakable Kimmy Schmidt" in 2017. The comedian has also worked on cult classics like "Wet Hot American Summer: First Day Of Camp" and "Sharknado 2: The Second One."

Maulik Pancholy played Jack Donaghy's assistant, Jonathan, on "30 Rock." Jonathan obsessively admired Jack and was disgusted by Liz Lemon. Throughout Jack's promotions and demotions, Jonathan was always by his side — even when he was briefly fired!

Maulik Pancholy has mostly stayed in the television sphere since wrapping "30 Rock." He did three seasons of voice work on "Sanjay and Craig," a Nickelodeon show on which he played title character Sanjay Patel. He's also appeared on shows like "Friends From College," "The Muppets" and "The Good Wife."

Warren "Grizz" Chapman played Grizz, a member of Tracy Jordan's entourage. Grizz wore many hats during the show, acting as Tracy's talent manager, financial manager and more or less as his babysitter.

After the 2013 finale, Grizz Chapman had a stint on the TV show "Common Sense Police" and did the pilot "Mismanagement" with Kevin Brown, a fellow member of Tracy Jordan's entourage.

Dot Com, played by Kevin Brown, was another member of Tracy Jordan's entourage who often brought some sanity amid Tracy's antics. Dot Com is intelligent yet worked for Tracy as a driver and cook.

Since the finale, Kevin Brown has continued to act, appearing in movies like "Coach of the Year" and "Little West 12th Street." He has also done some television work, appearing on "White Collar," and did a pilot in 2015 for a show that was not picked up called "Mismanagement" with former co-star Grizz Chapman.

Another "TGS" writer was Johnny "J.D." Lutz, played by John Lutz, who was known for being especially lazy. He was also the subject of much mocking by his fellow writers about his body, sexuality and well-being.

On "30 Rock," Keith Powell played James "Toofer" Spurlock, a very proud Harvard alum who writes for "TGS." Toofer often butted heads with Tracy, not liking how he portrayed African Americans. Toofer was endlessly teased in the writers room as he bragged about his alma mater.

After the show wrapped, Keith Powell turned his attention to his web series, "Keith Broke His Leg," which he created, wrote, directed and starred on with his wife, Jill Knox, whom he married in October 2013. He also appeared on "About a Boy" from 2014 to 2015. In December 2017, Keith and his wife announced via Instagram that they were expecting their first child.

Dean Winters played Dennis Duffy, Liz Lemon's on-and-off boyfriend on "30 Rock." He appeared intermittently throughout all seven seasons. The "Beeper King" was a very disliked character (and not just because he appeared on "To Catch a Predator") and thought to be a terrible match for Liz.

Elizabeth Banks remains busy behind and in front of the camera. She starred in the "Pitch Perfect" franchise and also directed the second installment and was a producer on all three movies. She's also starred in projects like "Wet Hot American Summer: First Day of Camp," "Wet Hot American Summer: Ten Years Later" and the successful "Hunger Games" franchise. The mother of two, who's been married to producer Max Handelman since 2003, has also done a number of notable guest appearances on television shows including "Modern Family." 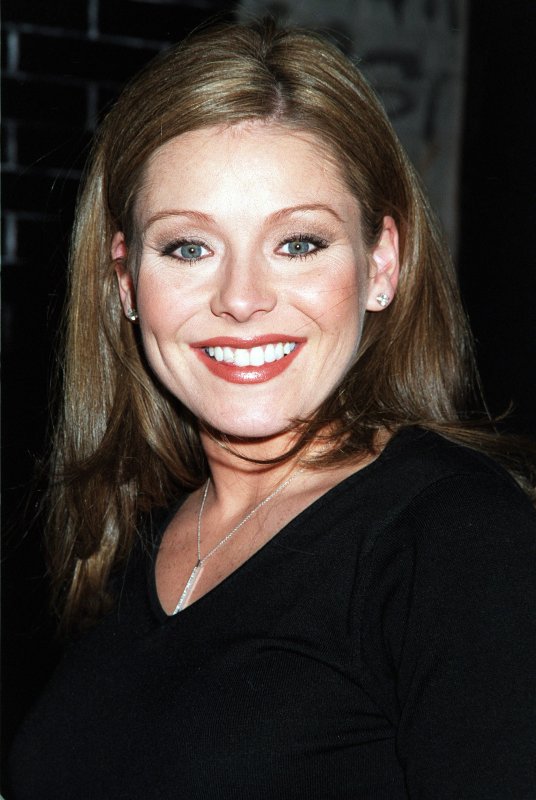 Up Next So much drama