It's been five decades since "The Mary Tyler Moore Show" debuted on CBS on Sept. 19, 1970. In honor of the comedy's 50th anniversary, Wonderwall.com is taking a look back at the title character and more of the most iconic sitcom leading ladies from over the years. Let's start with the fictional TV journalist, Mary Richards, and the beloved actress who brought her to life: Mary Tyler Moore, who died at 80 in January 2017. She could turn the world on with her smile, and we'll be forever grateful to her for that! We weren't the only ones: She took home four Emmys for her work on the show and scored another four nominations between 1971 and 1977. Now keep reading for more…

"The Mary Tyler Moore Show" also introduced us to Valerie Harper's Rhoda Morgenstern, Mary's best friend and neighbor. She was so popular, she scored her own spinoff, "Rhoda," which aired for five seasons on CBS between 1974 and 1978. Valerie, who died at 80 in August 2019 following a lengthy battle with brain cancer, won three Emmys for playing Rhoda on "The Mary Tyler Moore Show" and a fourth Emmy for her work on the spinoff.

RELATED: Movie stars who started out on sitcoms

Don't make us choose just one! The women of "Friends" are a package deal. Over the course of 10 seasons between 1994 and 2004, Courteney Cox's Monica Geller, Lisa Kudrow's Phoebe Buffay and Jennifer Aniston's Rachel Green became the world's BFFs. Jen and Lisa both won Emmys for their work on the iconic sitcom, which continues to gain new fans even today.

Lucille Ball is responsible for one of the most iconic characters in Hollywood history: Lucy McGillicuddy Ricardo on "I Love Lucy," which ran for six seasons between 1951 and 1957. Although she only won one Emmy for her work opposite her real-life husband, Desi Arnaz, on the beloved sitcom, she scored several more nominations over the years and took home the Emmy for Best Comedienne — a since-retired category — in 1953. Lucille died at 77 in 1989.

Phylicia Rashad starred as "America's Mom," Huxtable family matriarch Clair Hanks Huxtable, on "The Cosby Show" for eight seasons between 1984 and 1992. She earned two Emmy nominations — and a legion of fans — for her efforts.

Julia Louis-Dreyfus starred as neurotic copy editor Elaine Benes — the only female member of the main cast — on "Seinfeld" for nine seasons between 1990 and 1998. The sitcom launched her to superstardom, paving the way for lauded performances on "The New Adventures of Old Christine" and "Veep." The "Saturday Night Live" alum only took home one Emmy for her work on "Seinfeld," but she scored six more nominations over the years.

Whether you love her or hate her, there's no denying Roseanne Conner — Roseanne Barr's on-screen alter ego on "Roseanne" — is truly iconic! The controversial comedian starred on the sitcom for nine seasons between 1988 and 1997 and then returned for a much-buzzed-about 10th season in 2018. She won an Emmy and scored three more nominations for her work as the blue-collar matriarch of the Conner clan. (Her TV family got their own spinoff after ABC canceled "Roseanne" and killed off the title character amid a Twitter racism scandal.)

Shelley Long starred as intellectual cocktail waitress Diane Chambers on "Cheers" for the first five seasons of the long-running sitcom, which aired from 1982 to 1993. She won one Emmy and scored another four nominations for her work on the Boston-based comedy. Eventually, she reprised the role on spinoff "Frasier" — and scored yet another Emmy nomination for her efforts!

The age-old question: Diane or Rebecca?! When Shelley Long left "Cheers" after the fifth season, she opened the door for Kirstie Alley's gold-digging bar manager Rebecca Howe, who served as the sitcom's female lead on seasons 6 through 11. She won one Emmy and scored another four nominations for her efforts.

Isabel Sanford starred as family matriarch Louise Jefferson opposite Sherman Hemsley's George Jefferson on 11 seasons on "The Jeffersons" between 1975 and 1985. The couple got their start on "All in the Family" and were so popular with viewers, they scored their own spinoff, for which Isabel — who died at 86 in 2004 — won one Emmy and scored another six nominations.

People loved the groundbreaking sitcom "Will & Grace" so much that more than a decade after its original eight-season run came to an end in 2006, it returned for a three-season revival between 2017 and 2020. In other words, Debra Messing portrayed interior designer Grace Adler for more than two decades! She won one Emmy and scored another four nominations for her efforts.

It's the most beloved sitcom of the past two decades… "The Office." Jenna Fischer starred as Pam Beesly on all nine seasons of the workplace comedy, which aired from 2005 to 2013 and later became the most-streamed show on Netflix. She only scored one Emmy nomination for her portrayal of the shy Dunder Mifflin receptionist-turned-office administrator, but she's more than award-worthy in our book!

Fran Drescher starred as Fran Fine — the extremely fashionable titular nanny — on six seasons of "The Nanny" between 1993 and 1999. She scored two Emmy nominations and two Golden Globe nominations for her portrayal of the character, who might be more iconic for the way she sounds than for the way she looks!

Here we have Julie Bowen's competitive stay-at-home mom Claire Dunphy and her stepmother, Sofia Vergara's Colombian former pageant queen Gloria Pritchett — two iconic leading ladies in their own right! The two women made for quite the odd couple while co-starring on "Modern Family" for 11 seasons between 2009 and 2020. Julie won two Emmys and scored another four nominations for her work on the sitcom, while Sofia earned four Emmy and four Golden Globe nominations over the years.

Katey Sagal starred as lazy housewife Peggy Bundy on the history-making sitcom "Married… with Children" — the first original show to air on FOX when the network launched its own lineup in 1987. The series aired for 11 seasons until 1997. During that time, the iconic actress scored four Golden Globe nominations for her work on the show.

Tina Fey didn't just star as TV writer Liz Lemon on "30 Rock." She also created, wrote and executive produced the lauded sitcom, which aired for seven seasons between 2006 and 2013. Her hard work paid off: She won six Emmys for the series.

Meanwhile, Tina Fey's BFF, Amy Poehler, starred as devoted public servant Leslie Knope on seven seasons of "Parks and Recreation" between 2009 and 2015. She won over viewers and critics alike, scoring nine Emmy nominations for her work on the sitcom, which she also produced. In 2014, she won a Golden Globe for her performance on the beloved comedy.

Brandy was still a teenager when "Moesha" debuted on UPN in 1996, and she grew up before our very eyes on the influential sitcom, which aired for six seasons until 2001. The series — which has developed a new following on Netflix — won countless fans across the country back in the '90s and launched its young lead to superstardom. It's still so beloved, in fact, that there are talks of giving it the reboot treatment: "I don't see it not happening," Brandy told "Entertainment Tonight" in August 2020 of reviving "Moesha."

Kaley Cuoco charmed us as aspiring actress Penny on "The Big Bang Theory," which aired for 12 seasons between 2007 and 2019. She may not have won any major awards for her work on the insanely popular sitcom, but she'll certainly go down in history for being part of the ensemble cast of the longest running multi-camera comedy ever!

Patricia Heaton starred as the title character's long-suffering wife, homemaker Debra Barone, on "Everybody Loves Raymond" for nine seasons between 1996 and 2005. She won two Emmys and scored another five nominations for her efforts.

Candice Bergen starred as the titular investigative journalist and news anchor on "Murphy Brown," which aired for 10 seasons between 1988 and 1998 and then returned for a surprise 11th season two decades later. She won five Emmys for her work on the sitcom.

Constance Wu scored a major breakthrough when she was cast as Jessica Huang, the competitive matriarch of the Huang clan, on "Fresh Off the Boat," which ran for six seasons between 2015 and 2020. She earned three Critics' Choice Television Award nominations for her work on the sitcom, which made history as the first series featuring an all Asian American main cast to broadcast more than 100 episodes.

Jane Kaczmarek starred as Lois — the overbearing mother of five rambunctious boys — on "Malcolm in the Middle," which aired for seven seasons between 2000 and 2006. She earned seven Emmy nominations — but shockingly never managed to come out on top — for her work on the lauded sitcom.

Suzanne Somers' Chrissy Snow and Joyce DeWitt's Janet Wood were the two leading ladies of "Three's Company," which ran for eight seasons between 1977 and 1984. Suzanne scored a single Golden Globe nomination for her work as the ditzy secretary before she departed the sitcom in its fifth season, leaving Joyce and John Ritter to carry the show.

Leah Remini scored a major breakthrough with "The King of Queens," which ran for nine seasons between 1998 and 2007. She starred as sardonic legal secretary Carrie Heffernan — the wife of the titular "king" — on the working-class sitcom, which launched her into the spotlight. Her chemistry with on-screen husband Kevin James was so top-notch, they later attempted to recreate the magic on the short-lived series "Kevin Can Wait."

Who's Vivian Banks in your mind?! Janet Hubert starred as Aunt Viv for the first three seasons of "The Fresh Prince of Bel-Air," but then Daphne Reid took over the role for the next three seasons. We couldn't possibly choose! So instead, we'll focus on the woman who owned our hearts for all six seasons: Karyn Parsons, who starred as Will's cousin, spoiled fashionista Hilary Banks, from 1990 to 1996.

Let's go to the mall! Cobie Smulders portrayed news anchor Robin Scherbatsky — a former teen pop star in her native Canada — on "How I Met Your Mother," which aired for nine seasons between 2005 and 2014. As the divisive series finale proved, the sitcom wasn't just about how Ted Mosby met his future wife and baby mama — it was about how he realized Robin was the true love of his life.

"Black-ish" has yet to conclude its run, but we're calling it now: Tracee Ellis Ross as Dr. Rainbow Johnson is truly iconic! The singer-actress has starred as the anesthesiologist and matriarch of the Johnson clan since 2014. She won one Golden Globe and scored four Emmy nominations for her efforts on the lauded sitcom, which has launched two spinoffs already, with a third on the way. It will enter its seventh season in October 2020. 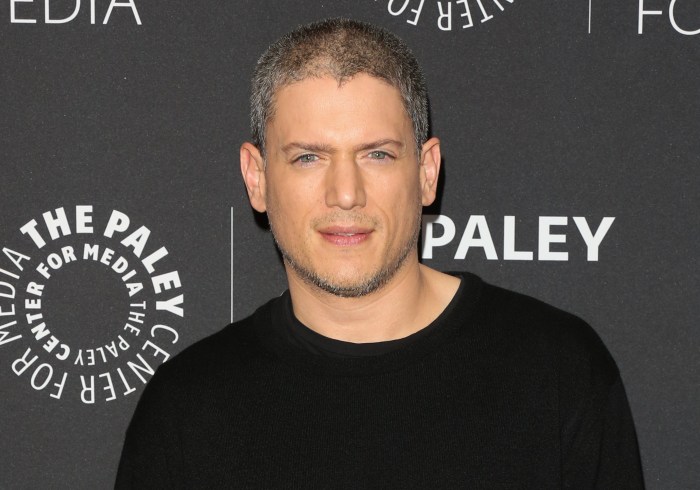