The movie "Batman" hit theaters 30 years ago on June 23, 1989. In celebration of this milestone anniversary for the superhero flick, which follows the Dark Knight as he inadvertently creates the Joker by dropping him into Axis Chemical acid, Wonderwall.com is taking a look back at stars who've portrayed Batman in a major capacity over the years. Up first is Lewis G. Wilson, who played the Caped Crusader in 1943's "Batman," a 15-part live-action film serial. Now keep reading for more!

RELATED: 14 actors who appeared in both Marvel and DC superhero movies

Robert Lowery starred as the Dark Knight in 1949's "Batman and Robin," a 15-part sequel to the 1943 "Batman" serial. Johnny Duncan portrayed the other half of the Dynamic Duo.

Adam West portrayed the titular hero on ABC's "Batman" for three seasons between 1966 and 1968. Six months after the TV series debuted, he starred as Bruce Wayne in "Batman: The Movie." Adam periodically served as the voice of the Caped Crusader for decades after that. He was the voice of Batman on the 1977 animated series "The New Adventures of Batman" and in the 2016 animated film "Batman: Return of the Caped Crusaders."

Michael Keaton starred as Bruce Wayne in 1989's "Batman" and its 1992 sequel, "Batman Returns." Tim Burton directed both movies, which earned positive reviews from critics and performed well at the box office, though the sequel wasn't quite as successful as its predecessor. (According to The Hollywood Reporter, "Batman Returns" made $145 million less than "Batman," which had a whopping $411.3 million global gross.) The "Birdman" star walked away from the role when his director handed over the reins to Joel Schumacher. Michael admitted during a THR podcast in early 2017 that he passed on playing the Dark Knight in "Batman Forever" because "the script never was great" and he "didn't understand why [Joel] wanted to do what he wanted to do." The actor recalled, "I knew it was in trouble when he said, 'Why does everything have to be so dark?'"

Val Kilmer took over the role of the Dark Knight from Michael Keaton in the Joel Schumacher-directed 1995 flick "Batman Forever," which earned three Oscar nominations and was the highest grossing film of the year. But the star and the director famously clashed — according to Entertainment Weekly, Joel called Val "childish and impossible" — and ultimately, the actor opted out of returning to the part for 1997's "Batman & Robin."

George Clooney starred as the Caped Crusader in 1997's "Batman & Robin," which fared decently at the international box office in spite of dismal reviews from critics. The Joel Schumacher-directed flick earned a whopping 11 Razzie Award nominations, and its star later called it a "waste of money." Ouch! "I always apologize for 'Batman & Robin,'" George said during an appearance on "The Graham Norton Show" in 2015. "I'd actually thought I'd destroyed the franchise until somebody else brought it back years later and changed it," he added. "I thought at the time that this was going to be a very good career move. Um, it wasn't."

Christian Bale then portrayed the Batman in a trio of Christopher Nolan-directed films: 2005's "Batman Begins," which scored one Oscar nomination; 2008's "The Dark Knight," which earned eight Oscar nominations; and 2012's "The Dark Knight Rises," which received mostly positive reviews but was not recognized by the Academy. (The second and third installments in the trilogy were also the highest grossing films of the years in which they debuted.)

In 2014 — four years after he made his acting debut on the Lifetime made-for-TV movie "Amish Grace" — David Mazouz debuted as a young Bruce Wayne on FOX's "Gotham."

Ben Affleck starred as Bruce Wayne in 2016's "Batman v Superman: Dawn of Justice," which performed well at the box office in spite of dismal reviews from critics and fans. That same year, he had a cameo as the Dark Knight in "Suicide Squad." The Oscar winner returned to the role in 2017's "Justice League," which was a box-office bomb. In early 2019, he confirmed that he would not be returning as the Caped Crusader in 2021's "The Batman" nor would he be directing the film as previously announced.

There's a new Batman coming to town! In May 2019, Robert Pattinson officially signed on to play the Caped Crusader in the DC Extended Universe. His first scheduled appearance will be in the 2021 film "The Batman." 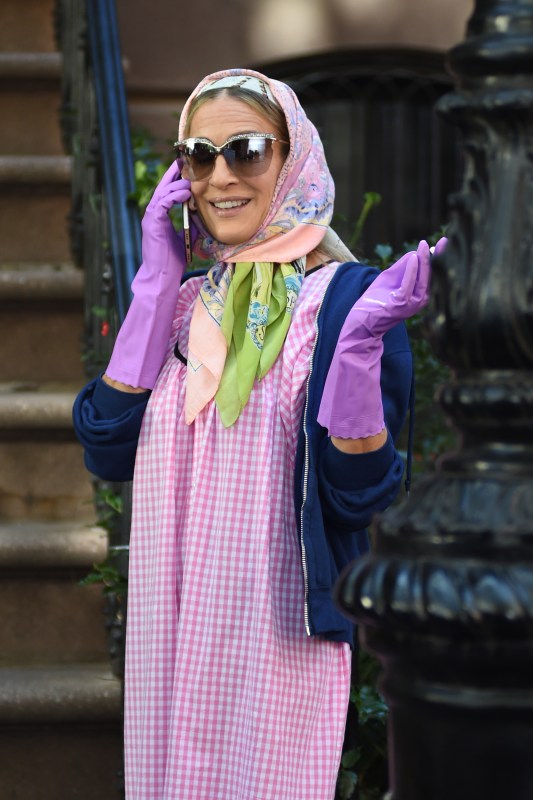