Oct. 16, 2021, marks 20 years since "Smallville" premiered on The WB! The series about a young Superman chronicled Clark Kent during his formative years growing up in the titular Kansas town and later as he launched his career as a reporter at the Daily Planet. Tom Welling starred as a young version of the Man of Steel for 10 seasons on the coming-of-age superhero series, which aired from 2001 to 2006 on The WB and then on The CW until 2011. The same year "Smallville" debuted, Tom made his acting debut with a six-episode stint on "Judging Amy." He joins a long list of handsome men who've portrayed Superman on the big and small screens over the years. In honor of the 20th anniversary of "Smallville," Wonderwall.com is taking a look back at the other famous faces who've brought the superhero to life. Keep reading for more…

The Man of Steel first graced the silver screen in 1948's "Superman." Former vaudeville actor Kirk Alyn portrayed the titular superhero. He returned to the role in 1950's "Atom Man vs. Superman."

RELATED: Stars you never knew were in the "Star Trek" franchise

"Gone with the Wind" alum George Reeves portrayed the titular superhero in 1951's "Superman and the Mole Men," an hour-long film that later became the two-part pilot for the first Man of Steel TV series: "Adventures of Superman," which aired from 1952 to 1958.

Christopher Reeve took over the role of Clark Kent in 1978's "Superman," which spawned three sequels: 1981's "Superman II," 1983's "Superman III" and 1987's "Superman IV: The Quest for Peace." The actor made his feature film debut with a small part in the submarine flick "Gray Lady Down" just a few months before his big turn as the Man of Steel.

Superman returned to the small screen with "Lois & Clark: The New Adventures of Superman." Dean Cain starred as the titular superhero on the ABC series, which ran for four seasons between 1993 and 1997. (Teri Hatcher, meanwhile, portrayed Lois Lane.) Up until that point, his biggest hit was a 1992 four-episode stint on "Beverly Hills, 90210."

Brandon Routh made his feature film debut as Clark Kent in 2006's "Superman Returns" — a thematic sequel to the four Man of Steel films starring Christopher Reeve that preceded it, along with the 1984 "Supergirl" movie. (Brandon had previously cut his teeth on episodes of "Gilmore Girls," "Will & Grace" and "Cold Case.") Although a planned 2009 sequel was ultimately scrapped, Brandon's days as a DC superhero were far from over: He joined The CW's Arrowverse as Ray Palmer/The Atom in 2014 and then starred on "DC's Legends of Tomorrow" from 2016 to 2020. Confusingly, he then returned to the role of Superman on episodes of "The Flash" and "Batwoman" as part of the "Crisis on Infinite Earths" crossover event in 2019. (More on that later!)

Henry Cavill made his big debut as Superman in 2013's "Man of Steel." He returned to the role in two more installments in the DC Extended Universe: 2016's "Batman v Superman: Dawn of Justice" and 2017's "Justice League." (He also appeared in the 2021 HBO Max four-part miniseries "Zack Snyder's Justice League," a recut of the 2017 film.) In 2019, the English actor told Esquire that he isn't done playing Superman yet: "The cape is in the closet. It's still mine," he said.

Tyler Hoechlin made his debut as Superman on the second season of The CW's "Supergirl" in 2016. (The series centers around the Man of Steel's cousin: Melissa Benoist's Kara Zor-El.) Since then, he's portrayed the character on several other shows in the Arrowverse.

Brandon Routh returned to the role of Superman on a 2019 episode of The CW's "Batwoman" — 13 years after he first portrayed the superhero in 2006's "Superman Returns."

When Supermans collide! The versions of the Man of Steel portrayed by Brandon Routh and Tyler Hoechlin in The CW's Arrowverse teamed up on a 2019 episode of "The Flash."

Tyler Hoechlin has starred as Clark Kent opposite Bitsie Tulloch as Lois Lane on The CW's "Superman & Lois" — which sees the iconic comic book couple returning to Clark's hometown of Smallville, Kansas, with their two teen sons — since it debuted in 2021. It's not the first time the "7th Heaven" and "Teen Wolf" alum has portrayed Superman: He first took on the role on "Supergirl" in 2016, which led to appearances on several other shows in The CW's Arrowverse including "Arrow," "The Flash," "Batwoman" and "DC's Legends of Tomorrow." 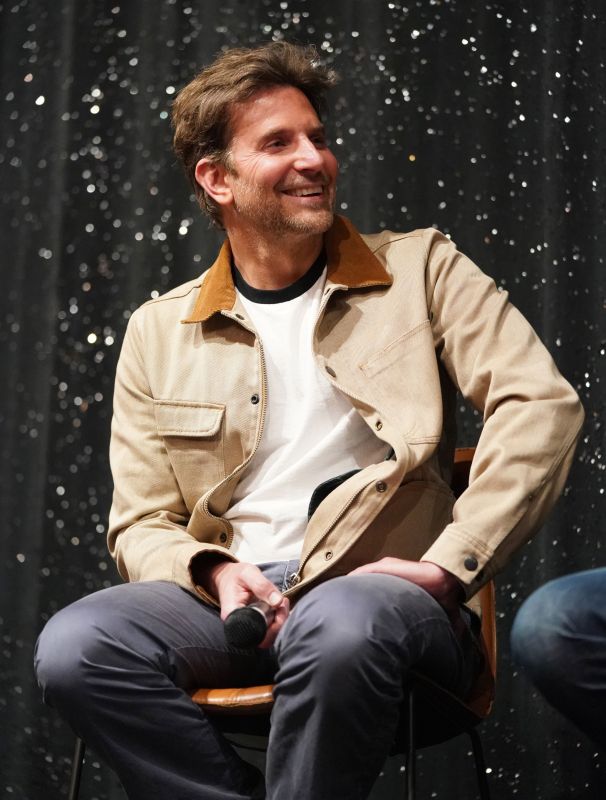