Hollywood has been churning out superhero movies since the dawn of cinema, but not every stab at the genre has been a huge hit or an unforgettable failure. While most attempts to bring our favorite heroes to life arrive with a bang (good or bad!), others roll out with a whimper. Take "Supergirl," for example. Did you know that back in 1984 — more than three decades before Melissa Benoist brought Kara Zor-El to life on the CW show — there was actually a "Supergirl" movie? (Don't worry: Most people don't.) The action flick was a major box office flop and scored a disastrous 10 percent rotten rating with critics on Rotten Tomatoes. Original star Helen Slater redeemed herself when she popped up on the "Supergirl" TV show as Eliza Danvers, Kara's adoptive mother. In honor of the 35th anniversary of the theatrical release of "Supergirl" on Nov. 21, 1984, Wonderwall.com is taking a look back at more superhero movies you probably forgot about…

Eric Bana portrayed the title character in the completely forgettable 2003 action flick "Hulk," which performed well at the box office in spite of lukewarm reviews. Over the years, though, this early Marvel movie has proven to be a non-starter as far as pop culture is concerned.

Like "Hulk," 2008's "The Incredible Hulk," which is technically part of the Marvel Cinematic Universe, has completely slipped out of the zeitgeist. Edward Norton portrayed Bruce Banner in the film, which performed well at the box office and decently with critics. But the famously difficult actor left the franchise before "The Avengers," leaving Mark Ruffalo to assume the role. Mark is now beloved for his take on the character, rendering every previous iteration completely moot.

RELATED: 15 of the weirdest movie and TV superheroes

What's the most beloved superhero flick that no one remembers? The Sam Raimi-directed 1990 movie "Darkman," in which Liam Neeson starred as a disfigured scientist with super-strength. "Darkman" was a hit with critics and tripled its production budget at the box office, but even though it earned cult status with a very, very small group of loyal fans, it's been largely forgotten over the years.

Despite what many people seem to think, the titular character in "Black Panther" isn't Hollywood's first black superhero. First we had 1997's "Spawn," in which Michael Jai White starred as the titular antihero. The movie performed well at the box office but failed to impress critics — which may be why it's been left in the past. Fortunately, the supernatural superhero will get the reboot treatment in an upcoming movie starring Jamie Foxx.

Back in 2011, "The Green Hornet" committed the cardinal sin of superhero movies: It was boring. New Yorker critic Davin Denby called the action-comedy — which wasn't particularly funny — "the first out-and-out bore of the year." Seth Rogen starred as the titular crime-fighting playboy in the flick, which clocked in at a mind-numbing two hours.

Wait, Shaquille O'Neal starred in a superhero movie?! Yep, the iconic basketball player portrayed John Henry Irons, a DC hero known as the Man of Steel — not to be confused with, you know, the other Man of Steel — in the 1997 box office bomb "Steel."

Is it any wonder we forgot about this one considering its star? Chris Evans has appeared in countless comic book movies (not just superhero flicks) over the years and portrayed a hero with superhuman abilities at least three times: the Human Torch in the "Fantastic Four" movies of the mid-aughts, Captain America in the Marvel Cinematic Universe and telekinetic "mover" Nick Grant in 2009's "Push." In the forgettable sci-fi film, Nick is the leader of a group of superhuman outsiders fighting to escape a shady government agency.

Back in 2006, a few years before the Marvel Cinematic Universe breathed new life into the superhero genre, Uma Thurman starred as a psychotic superhero named G-Girl who's driven to extremes when her ex (Luke Wilson) falls for another woman (Anna Faris). Like many comedic films on this list, the action-comedy just wasn't funny enough to make a long-term impression.

The original Sam Raimi-directed "Spider-Man" trilogy, in which Tobey Maguire starred as Peter Parker, helped redefine the superhero genre. "Spider-Man: Homecoming," in which Tom Holland portrayed the web slinger, earned raves from critics and was one of the top-grossing films of 2017. So where does that leave 2012's "The Amazing Spider-Man" and 2014's "The Amazing Spider-Man 2"? Absolutely nowhere. "This might be a fun summer blockbuster if only it even remotely needed to exist," Slate critic Dana Stevens wrote of Andrew Garfield's first stab at Spider-Man. We couldn't agree more!

We always forget that back in 1996, a year before he starred in "Titanic," Billy Zane portrayed the titular costumed hero in "The Phantom." He's probably very grateful for that considering the action-comedy scored a 30 percent rotten rating with audiences on Rotten Tomatoes.

Frank Miller's 2005 adaptation of his comic book series "Sin City" was a major hit, so when his follow-up, "The Spirit," arrived three years later, we had big expectations… What a disappointment! Gabriel Macht starred as the titular hero, a former cop who comes back from the dead as a masked crime fighter, in the 2008 box-office bomb, which scored a dismal 14 percent rotten rating with critics on Rotten Tomatoes.

In 2005's "Sky High," Michael Angarano (whom we'll always remember most for his relationship with a pre-fame Kristen Stewart) starred as Will Stronghold, a student at a high school for teens with superpowers. Surprisingly, the family film starred a few more bold-faced names: Kurt Russell, Kelly Preston, Mary Elizabeth Winstead and more. Perhaps we always forget this Disney flick because it catered to such a young audience — or because Michael's level of stardom isn't quite sky-high.

Hugh Jackman's turns as Wolverine have ranged from the good ("X-Men" and "X2") to the so-bad-it's-good ("X-Men: The Last Stand" and "X-Men Origins: Wolverine") to the Oscar-worthy ("Logan"). But his second standalone film, 2013's "The Wolverine," is just plain forgettable. The plot centers around… something in Japan? Next!

Robert Townsend wrote, directed and starred in the 1993 superhero comedy "The Meteor Man." He portrayed the titular teacher-turned-hero in the almost completely forgotten film, which made just $8 million at the box office on a $30 million budget.

Ben Stiller delivered one of the biggest bombs of his career with the 1999 action-comedy "Mystery Men," which centers around a group of amateur heroes (played by some of the biggest names of '90s comedy) with strange and mostly useless powers — like Invisible Boy, who's only invisible if no one is looking at him.

Here's one that the all-star cast (Jamie Bell, Kate Mara, Miles Teller and Michael B. Jordan) undoubtedly hope we all forget… The "Fantastic Four" movies of the mid-aughts were so bad, they were good. But 2015's "Fantastic Four" was just plain bad, tanking at the box office and with critics. Chicago Sun-Times critic Richard Roeper called the remake "a lightweight and basically unnecessary attempt to once again bring some cinematic life to one of the lesser teams in the Marvel Universe." Ouch. Has it really only been a few years since this flick opened in theaters?

So many actors have portrayed the Punisher over the years, we were bound to forget a few. "The Walking Dead" alum Jon Bernthal currently stars as Frank Castle on the Netflix TV series. Before him, Thomas Jane had the role in 2004's "The Punisher." Ray Stevenson took over for the 2008 reboot, "Punisher: War Zone." But did you know that Dolph Lundgren actually originated the role in 1989's "The Punisher"? Neither did we! That's because basically no one saw it.

We were stoked when we learned that Zack Snyder would bring the beloved graphic novel "Watchmen" to the big screen in 2009. Sadly, the divisive director delivered a star-stuffed snooze-fest. Malin Akerman (pictured), Billy Crudup, Matthew Goode, Carla Gugino, Jackie Earle Haley, Jeffrey Dean Morgan and Patrick Wilson starred as the costumed vigilantes in the disappointing adaptation, which we've been more than happy to forget over the course of the past decade.

Audiences fell in love with the 2010 dark comedy "Kick-Ass," which centers around an ordinary teen (Aaron Taylor-Johnson) who decides to become a masked crime fighter. So why does no one remember the 2013 sequel? Partially because Jim Carrey, who portrayed Colonel Stars and Stripes, denounced the film and refused to fulfill his promotional obligations just months before it opened in theaters in the wake of the Sandy Hook school shooting tragedy. "In all good conscience I cannot support that level of violence," he tweeted of the movie, effectively swaying many of his fans away from the film. 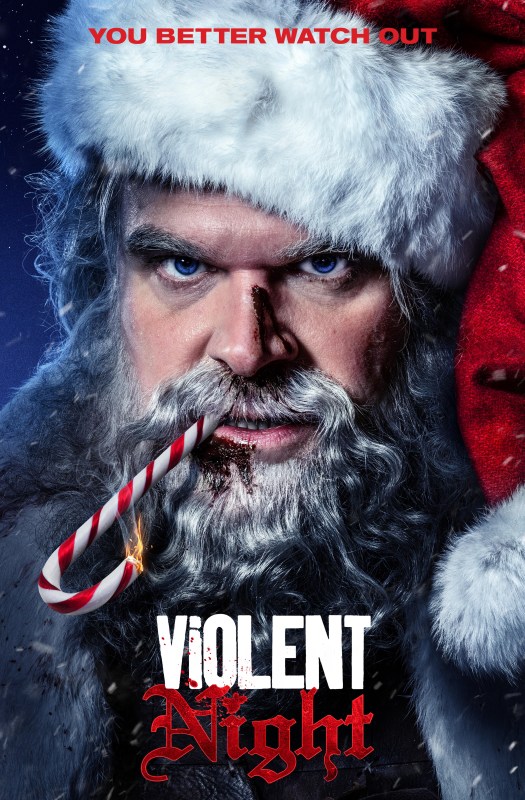