For more than a decade, "Baywatch" ruled the small screen. Sporting those famous red swimsuits, the rotating cast saved lives on the Southern California coast and looked fabulous doing it! With the film version of the popular TV show hitting theaters on May 25, 2017, Wonderwall.com is checking in to see what some of the original lifeguards are up to — and what they look like — today!

Though she wasn't part of the original cast, "Baywatch" star Pamela Anderson is perhaps its biggest star. Pamela joined the show in 1992 and stayed through 1997 in the role of lifeguard C.J. Parker. Pam has said that one of the reasons she was attracted to the character was C.J.'s affinity for New Age thinking, something she shared with the fictional lifeguard.

RELATED: '90s supermodels: where are they now

After leaving "Baywatch," Pamela Anderson's fame continued to skyrocket. For four years starting in 1998, she starred on the television show "V.I.P." She continued posing for Playboy (she's appeared on more than a dozen covers for the magazine since the '80s — more than anyone else). She also became an author: In 2005, she co-wrote the novel "Star" and in 2015, she published "Raw," a book that includes both pictures and her handwritten poetry about sex and romance. Pamela remains a dedicated vegan and has been an active member of PETA since the '90s. As far as her personal life, she famously married and divorced rockers Tommy Lee (the father of her two adult sons) and Kid Rock and split from her most recent spouse, poker champ and producer Rick Salomon, in 2014. In 2015, she announced that she had been cured following a 20-year battle with Hepatitis C. Pamela made a lot of headlines in early 2017, first for her rumored relationship with WikiLeaks founder Julian Assange, then for sporting a brand new look — a gorgeous make-under that included minimal makeup and a simple hairstyle.

RELATED: The stars of the "Baywatch" movie on set

David Hasselhoff starred as lifeguard and father figure Mitch Buchannon on "Baywatch" from 1989 to 2001.

David Hasselhoff moved to the stage after "Baywatch." In 2000, while finishing up his run on the show, he made his Broadway debut in "Jekyll & Hyde" and in 2004, he starred in a London production of "Chicago." The Hoff also ventured into reality television in 2010. He starred on A&E's "The Hasselhoffs" alongside daughters Hayley and Taylor-Anne Hasselhoff, who went on to star on "Rich Kids of Beverly Hills." The actor, who's made headlines with his alcoholism struggles, has also kept his music career alive (he's big in Europe — honest!). The twice-divorced entertainer started dating Welsh ex-factory worker Hayley Roberts in 2011, and the duo are now engaged. Up next for The Hoff? He's got a cameo as "the mentor" in the upcoming "Baywatch" flick, obviously, and has been making the rounds with the film's cast as they promote the big screen reboot.

Carmen Electra played Leilani "Lani" McKenzie, the lifeguard with dreams of becoming a famous dancer, from 1997 to 1998.

Carmen Electra frequently appeared in the pages of Playboy magazine after her "Baywatch" days as she transitioned to a film career. After a brief marriage to NBA star Dennis Rodman, she appeared in 2000's "Scary Movie" and 2004's "Starsky and Hutch." In 2004, she tried reality television with then-husband Dave Navarro on MTV's "Till Death Do Us Part: Carmen and Dave." The two split in 2006, and after more failed relationships, she appeared as a celebrity bachelorette on the reality series "The Choice." These days, according to the star's frequently updated social media platforms, she's recently put out a new fragrance and has a loungewear collection called With Love From Carmen.

David Chokachi starred as resident heartthrob Cody Madison on "Baywatch" from 1995 to 1999.

After "Baywatch," David Chokachi jumped into a starring role on another series, "Witchblade," from 1999 to 2002. He continued to act on television and in TV movies before transitioning to reality television in 2009 on VH1's "Confessions of a Teen Idol," which followed seven hunky stars as they attempted to return to the spotlight. He's been married to Susan Brubaker, with whom he has a daughter, since 2004.

After Gena Lee Nolin left "Baywatch," she starred on her own show, "Sheena," for Sony in 2000. Like some of her old co-stars, she posed for Playboy magazine, appearing in 2001's Christmas edition. She also authored a book, "Beautiful Inside and Out: Conquering Thyroid Disease with a Healthy, Happy, 'Thyroid Sexy' Life," which came out in 2013. Gina has been married twice: first to Greg Fahlman in 1993 (they share adult son Spencer), then, in 2004, she wed NHL player Cale Hulse, with whom she has two children, son Hudson and daughter Stella. She's currently happily settled in Arizona.

From 1992 to 1997, Alexandra Paul brought Stephanie Holden to life on "Baywatch." Stephanie was an integral part of the show — she was Mitch Buchannon's love interest — until she was killed off.

After retiring her red swimsuit, Alexandra Paul focused mainly on TV movies. Since 1999, she's starred in more than a dozen movies on Lifetime and has guest-starred on shows like "Melrose Place" and "Mad Men." Like former co-star Pamela Anderson, Alexandra is a huge proponent of animal rights and has been a vegan since 2010. She's been married to Ian Murray since 2000. In 2010, she wrote a blog about her decision not to have kids, explaining that she is "acting for the planet, and the future of every living thing on earth." She continues to work steadily as an actress, and currently has projects in pre-production.

Jaason Simmons played Logan Fowler, a top lifeguard from Australia, on "Baywatch" from 1994 to 1996.

After "Baywatch," Jaason Simmons moved to the stage and appeared in theater productions in London. His most recent on-screen work came in 2013 when he landed a part in "Sharknado." Jaason came out as a gay man in 2008, revealing plans to wed partner John O'Callaghan, with whom he shares a son, Odin. Next up: He'll make his directorial debut with the Australian biker drama "Patched."

Once she finished playing Jordan Tate on the hit series about lifeguards, Traci Bingham landed small roles on a variety of television shows including "The Dream Team" and "Celebrity Paranormal Project." She's also appeared on reality TV shows including "The Surreal Life" in 2004 and 2007 and Britain's "Celebrity Big Brother." Like many of her fellow former "Baywatch" babes, vegetarian Traci has appeared in Playboy and is an animal rights activist who supports PETA. The actress was married to songwriter and music producer Robb Vallier from 1998 to 2001. She hasn't been publicly photographed since 2013.

Jeremy Jackson played Mitch's son Hobie Buchannon on "Baywatch" from 1991 to 1999. He took on the role after actor Brandon Call left. The character had a longtime crush on Nicole Eggert's Summer Quinn.

Jeremy Jackson never found acting success after "Baywatch" but did well in the reality television genre. In 2009, he appeared on VH1's "Confessions of a Teen Idol." He also appeared on Britain's "Celebrity Big Brother" and "Celebrity Rehab with Dr. Drew," where he discussed his steroid addiction. Jeremy married longtime girlfriend Loni Willison in 2012, but the two separated in 2014. In April 2017, he was sentenced to 270 days in jail for a stabbing that occurred in 2015.

Yasmine Bleeth took on the role of Caroline Holden on "Baywatch" from 1994 to 1997 and made occasional appearances later on in the series. Her character was lifeguard Stephanie's younger sister.

Yasmine Bleeth went on to star on Aaron Spelling's short-lived series "Titans" in 2000 before largely withdrawing from the spotlight. She publicly battled cocaine addiction after a 2001 arrest and subsequent stints in rehab. Yasmine met her future husband, strip club owner Paul Cerrito, at the Promises rehab facility during her first stay there in 1997 and married him in 2002. She continues to maintain a low profile (she's seen here in 2006) but is still wed to Paul, with whom she shares homes in Los Angeles and Scottsdale, Arizona.

Parker Stevenson played lifeguard-lawyer Craig Pomeroy on "Baywatch" from 1989 to 1990 and appeared as a recurring character in later seasons.

Parker Stevenson was already a heartthrob before putting on his "Baywatch" trunks, so when the show ended, he continued to find work on television. He did a stint on "Melrose Place" and snagged small roles on shows like "Judging Amy." From 1983 to 1997, Parker was married to Kirstie Alley, with whom he has two adult children. Most recently, he popped up on the small screen again on the CBS series "Bull" in 2016.

Nicole Eggert starred as Roberta "Summer" Quinn on "Baywatch" from 1992 to 1994. Her character eventually left the world of lifeguarding to attend college.

Nicole Eggert found success on a few reality television shows after retiring from "Baywatch." The actress participated on "Celebrity Fit Club" in 2010 and came in second place on the celebrity diving competition show "Splash" in 2013. In 2014, she left acting behind to become an ice cream truck driver and owner. In 2000, she married actor Justin Herwick, with whom she shares a teenage daughter, Dilyn. Nicole had a second daughter, Keegan, in 2011. She came out of her Hollywood retirement to make an appearance on the E! reality show "Botched" in 2015 to get a breast reduction, but other than that she's continued to shy away from the spotlight.

Billy Warlock enjoyed a successful career on daytime television after his "Baywatch" days with stints on soap operas including "Days of Our Lives," "The Young and the Restless" "One Life to Live" and "General Hospital." In 2006, Billy married his former "Days" and "As the World Turns" co-star Julie Pinson. Though he continued to work on soap operas until 2010, he then took a break from Hollywood. According to several soap opera fan sites, around 2013, Billy and Julie moved to Telluride, Colorado, where he's been living it up as a ski instructor.

After her stint on "Baywatch," former Playboy Playmate Donna D'Errico hosted the show "Battlebots" and appeared in some independent films before switching gears: She opened a day spa called Zen Spa in Calabasas, California. Donna was married to musician Nikki Sixx for nine years before they split in 2007. The two share a daughter, Frankie, born in 2000. Donna is also mom to son Rhyan, born in 1993, from a previous relationship. As far as her acting career goes, she last appeared on an episode of the Showtime series "Roadies" in 2016. In April 2017, she made headlines when she revealed the before-and-after photos after undergoing four plastic surgery procedures to help her get her "Baywatch" body back. 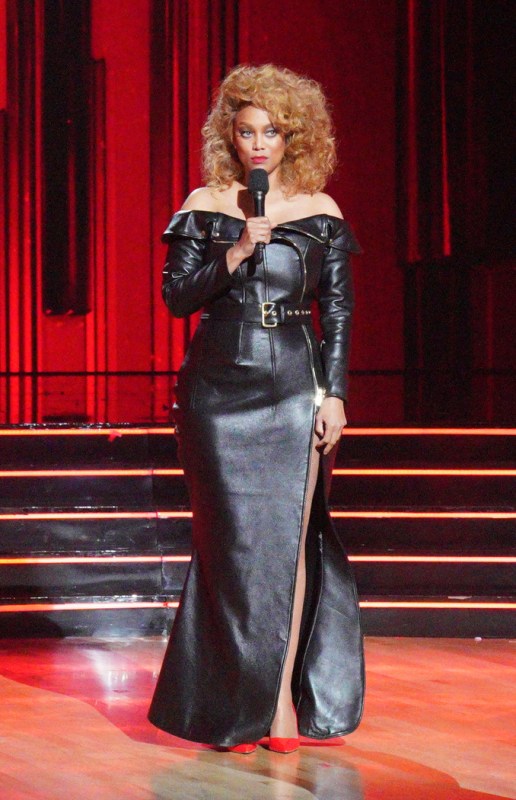