The Winslows officially departed from our television screens 20 years ago this month! Yep, Steve Urkel and the lovable Winslow clan from "Family Matters" took their final bow when the show's series finale aired on July 17, 1998. In honor of the anniversary, Wonderwall.com is checking up on the cast to see where they all ended up! Keep reading to find out…

The most memorable character on the show? Hands down, that's Steve Urkel! Jaleel White portrayed the lovable dorky neighbor known for his uniform of high-waisted pants held up by suspenders, massive glasses and a snort-filled laugh. Urkel, who often dropped in on the Winslows, had a crush on Laura throughout the entire series and eventually won the girl's heart at the end of the show's run in its ninth season.

RELATED: "Murphy Brown" cast: Where are they now?

Jaleel White has had a varied career since taking off his suspenders in 1998! He had a cameo in the Oscar-nominated flick "Dreamgirls" and appeared on shows like "Boston Legal," "House," "NCIS" and "Psych." More recently, he popped up as himself on shows like "Atlanta" in 2016 and "Hollywood Darlings" in 2017. Most recently, he starred on the 2017 CBS sitcom "Me, Myself and I" alongside comedian Bobby Moynihan. He also did a turn on "Dancing With the Stars" in 2012, coming in seventh with pro partner Kym Johnson. While he was on the show, he found himself at the center of an abuse scandal when ex Bridget Hardy, the mother of his only child, Samaya (who was born in 2009), publicly discussed claims that he'd hit her in 2010. Jaleel insisted the allegations were part of a "malicious police report" filed during a previous custody dispute and denied he was an abuser.

Reginald VelJohnson played family patriarch and police officer Carl Winslow, the short-tempered but sweet self-proclaimed "Big Kahuna." His quirky neighbor Steve Urkel bugged him to no end, but by the end of the series, Carl had developed a fondness for the nerdy guy.

Reginald VelJohnson has worked steadily in Hollywood since hanging up Carl's police hat, making appearances on shows like "Will & Grace," "That's So Raven" and "Chuck" throughout the '00s. He did a three-year stint on "Mike & Molly" from 2010 to 2013 and four years on "Hart of Dixie" from 2011 to 2015. More recently, he appeared on "Brooklyn Nine-Nine." He's remained single.

The mom of the Winslow clan, Harriette, was brought to life by JoMarie Payton. The busy working mom always served as the kind-hearted voice of reason who helped solve conflict and sided with annoying Urkel most of the time.

JoMarie Payton opted to leave the show before its run was over, exiting in 1997 (she was replaced by actress Judyann Elder), but she continued to work in television. Like her on-screen daughter Kellie, she spent time on "Moesha," playing Mrs. Campbell from 1996 until 1999. She also did a run on "Will & Grace," made appearances on shows like "Judging Amy" and "Girlfriends," and voiced Suga Mama on the Disney series "The Proud Family" from 2001 until 2005. She continues to work sporadically. As far as her personal life goes, JoMarie has been divorced three times is now married to Leonard Downs, whom she wed in 2007. She has one child from her first marriage, daughter Chantale France, who was born in 1984.

Kellie Shanygne Williams played Laura Winslow, the oldest daughter in the family. Responsible and super-smart as well as beautiful, she catches the eye of neighbor Steve Urkel from the very beginning. Though she rejected him repeatedly, Laura ended up coming around and falling for the boy next door — who eventually proposed during the show's ninth (and final) season.

Kelly Shanygne Williams didn't stick around Hollywood as long as some of her co-stars. Her role as Charisse on "Moesha" overlapped with her time on "Family Matters," and after a couple TV movies and brief appearances on TV shows like "Girlfriends," "The Parkers" and "What About Joan," Kelly opted to leave Hollywood behind, splitting her time between Los Angeles and Maryland after tying the knot in 2009 with Hannibal Jackson, with whom she now has two children: Hannah, born in 2010, and John, born in 2012. She now spends her days supporting charities and her own organization, the Kellie Williams Program, which works with students in the Washington D.C. area helping them get involved with television production.

Darius McCrary brought Eddie Winslow — the eldest child who ends up buddying up with unlikely pal Steve Urkel — to life. The jock eventually followed in his dad's footsteps and became a cop by the end of the show's run.

"Family Matters" was certainly Darius McCrary's most famous role, but he has continued to act since the show's end in 1998. He did stints on numerous TV shows including "The Young and the Restless" for two years and "Anger Management" for a year with plenty of short appearances on series like "Rizzoli & Isles," "Cold Case" and "The Leftovers" too. He even did an episode of "Girlfriends" like his on-screen sister, Kellie Shanygne Williams. More recently, he's appeared on the hit FOX show "Star" as Otis Leecan. His personal life has been far less successful. In February 2017, Darius was accused of terrorizing his wife and young daughter, Zoey, whom he allegedly held over boiling water. The couple split and in November 2017, he made headlines again after claiming he could no longer afford to pay child support.

Rosetta LeNoire starred on the show until 1997, logging 158 episodes on the popular sitcom. Before that, she was known for her stage work and her roles on "Gimme a Break!" and "Amen," but aside from one appearance on "Cosby," "Family Matters" was her final big gig. She's seen here receiving a National Medal of Arts honor from then-President Bill Clinton in 1999 for her work as an actress and producer. Rosetta passed away just a few years later in 2002 at age 90. She's survived by son William.

The youngest kid in the family, Judy Winslow, was played by actress Valerie Jones in the pilot, but Jaimee Foxworth took over after the show was picked up. She stuck around while Judy was in elementary school and for beginning of middle school, but the character disappeared in the fourth season with no explanation.

Jaimee Foxworth left "Family Matters" early and ended up moving her career in a controversial direction. She worked in the adult film industry and later opened up to Oprah Winfrey to admit she regretted it. Jaimee welcomed her first child, son Michael, in May 2009 with longtime boyfriend Michael Shaw. Nowadays, she's active on social media and sells personalized shout-outs on the popular website Cameo.

Telma Hopkins played Rachel Crawford, a young widow who moved in with older sister Harriette, taking up residence in the Winslow family's home along with her young son, Richie.

Like many of her co-stars, Telma Hopkins worked mainly on the small screen after her "Family Matters" days. She spent a few years playing Paulette on "The Hughleys," made appearances on shows like "Suddenly Susan," "Psych" and "2 Broke Girls," and more recently appeared on Netflix's "Dear White People." She has one son and is currently very active in multiples charities.

When the show started, a set of twins, Joseph and Julie Wright, played Richie Crawford, who was then just a baby, but Bryton McClure (also known as Bryton James) stepped in to play the role after 1990 when the character started the second season as a 3 year old. After moving into the Winslows' house along with his mom, Harriette's sister, Rachel, the toddler took to Steve Urkel, whom he called "Uncle Steve."

Bryton James has had one of the most successful careers of the "Family Matters" group! The former child actor joined the cast of "The Young and the Restless" back in 2004 and has remained on the soap opera as Devon ever since. He also had a role on "Vampire Diaries" and has voiced characters on shows like "Star Wars Rebels" and "Young Justice." He's been married once, but that ended in divorce. 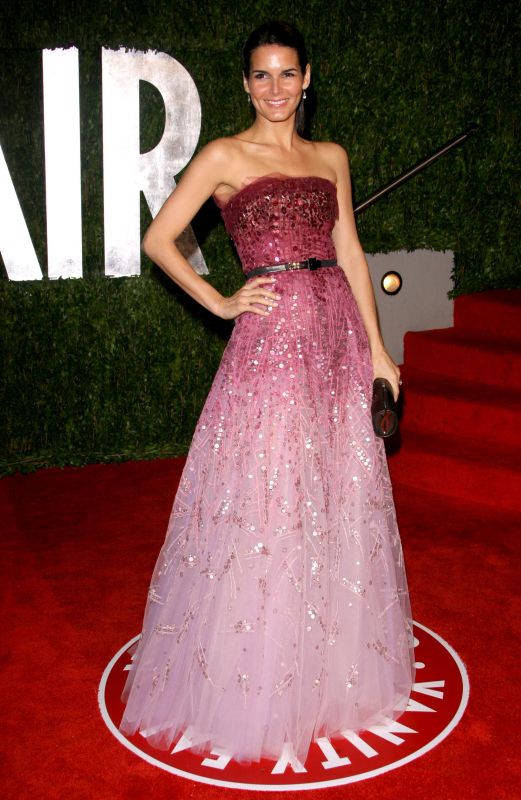