Who knew a show about nothing could be so successful? "Seinfeld" hit TV screens in 1989 and aired for nearly a decade, even though it mostly took place in the same New York City apartment and focused on the most mundane musings in life. The show made household names out of Michael Richards, Jason Alexander, Julia Louis-Dreyfus and Jerry Seinfeld, but where did the gang end up? In honor of the 30th anniversary of the NBC sitcom's debut on July 5, 2019, Wonderwall.com is checking up on the stars to find what they've been up to in recent years…

Very meta! Jerry Seinfeld played himself on "Seinfeld" — Jerry Seinfeld, a stand-up comedian. The show revolved around his world and the quirky people he surrounded himself with.

Jerry Seinfeld picked stand-up over acting once "Seinfeld" ended, opting to move back to New York City. He took his jokes on the road, touring and filming the comedy special "I'm Telling You for the Last Time." His return to Hollywood came in 2007 when he wrote, produced and voiced a character in the animated film "Bee Movie." After that, his next big career move didn't come for years. In 2012, he launched the popular web series "Comedians in Cars Getting Coffee," on which he would literally drive around with a comedian and talk to him or her while going for coffee. The show was such a success that Netflix took notice, partnering with Jerry to not only stream the show and develop a new season but also to air two stand-up specials and secure his talents developing both scripted and non-scripted comedy programs. He most recently appeared as himself in a 2019 episode of "Huge in France." Jerry married Jessica Sklar in 1998, the same year "Seinfeld" went off the air. The couple share daughter Sacha and sons Julian and Shepherd.

The craziest neighbor of all, Cosmo Kramer, was portrayed by Michael Richards. Always an original, he stood out due to his interesting, unique style and oddball behavior.

A "Seinfeld" curse? After wrapping the hugely popular sitcom, Michael Richards got his own show, aptly titled "The Michael Richards Show," which lasted less than a season. He made a return to his stand-up comedy roots and got himself into hot water in 2006 when his routine turned into a racial tirade in which he attacked some audience members. The incident led him to retire from stand-up the following year in 2007. He made a few television appearances before landing a gig on the sitcom "Kirstie" alongside Kirstie Alley in 2013, which also unfortunately only lasted one season. He more recently appeared in 2019's "Faith, Hope & Love." Michael married Beth Skipp in 2010. Prior to that, he was married to Cathleen Lyons, with whom he shares a daughter, Sophia.

Jason Alexander's George Costanza was Jerry's best buddy. Though not exactly a winner in life, the bumbling liar was loyal to a fault.

Post-"Seinfeld," Jason Alexander didn't find much success on the small screen. He starred on the short-lived sitcom "Bob Patterson" in 2001 and followed that up with "Listen Up!" on CBS, but both shows only lasted one season. He appeared on episodes of shows like "Friends," "Malcolm in the Middle," "Star Trek: Voyager" and "Criminal Minds" and also popped up in a few films, but nothing duplicated his "Seinfeld" success. But the talented Tony Award winner did find fulfillment and success in the theater, serving as the artistic director of Los Angeles's Reprise Theatre Company from 2007 to 2013 and appearing on stage in major productions including "The Producers," "A Christmas Carol" and Broadway's "Fish in the Dark." Next up, Jason will lend his voice to the DC Universe series "Harley Quinn." He's been married to Daena E. Title since 1982. The two share sons Gabriel and Noah.

Elaine Benes was brought to life by Julia Louis-Dreyfus. Honest to a fault, Elaine — Jerry's ex-girlfriend-turned-pal — made her way through various jobs and picked some interesting male suitors along the way.

Julia Louis-Dreyfus bucked the so-called "Seinfeld" curse: After winning an Emmy for playing Elaine, she went on to star on her own show, "The New Adventures of Old Christine," from 2006 to 2010 and won another Emmy. She then moved on to HBO's "Veep" in 2012 and won six consecutive best lead actress Emmys (setting a new record!) for her performance as Selina Meyer before it wrapped in 2019. Next up, she'll lend her voice to the 2020 animated Disney flick "Onward." Julia's been married to comedian-writer Brad Hall, with whom she has two sons, since 1987. In September 2017, she revealed she had breast cancer, for which she's undergone chemotherapy and surgery.

Oh, Newman! Wayne Knight portrayed Jerry and Kramer's neighbor Newman, who's also Kramer's pal, Elaine's admirer and Jerry's worst enemy. His first name was unknown but he wreaked havoc in Jerry's world when not doing his job as a postal worker.

Wayne Knight has worked steadily since "Seinfeld," largely doing voice work on children's projects like "Tarzan" and "Kung Fu Panda." He also made appearances on popular shows like "Nip/Tuck," "CSI: Crime Scene Investigation" and "Bones." More recently, he appeared on episodes of "Narcos," "The Young and the Restless" and "Law & Order: Special Victims Unit" and in the 2018 drama "Blindspotting." Talk about a varied career! Wayne married second wife Clare de Chenu, with whom he has a son, in 2006.

Jerry Stiller brought Frank Costanza — George's father — to life. Aside from having a huge disdain for removing his shoes (even in the pool), he was the reason Festivus was invented.

From Frank Costanza to Arthur Spooner! Jerry Stiller, who's now in his 90s, moved on to "The King of Queens" in 1998, the year "Seinfeld" ended. Jerry played lovable Arthur on the CBS sitcom until 2007. After "Seinfeld," Jerry also joined real-life son Ben Stiller on the big screen in "Zoolander" in 2001 and returned for the film's sequel in 2016. He was married to Ben's mom, Anne Meara, from 1954 until she passed away in 2015. The comedians also have a daughter, Amy.

Estelle Harris played Estelle Constanza, George's very melodramatic mother. George was convinced that his mom — the voice of reason amongst the irrational Costanza men — had never laughed in her life.

Estelle Harris continued her success on the small screen after "Seinfeld." Like Wayne Knight, she voiced characters on a lot of children's shows like "The Wild Thornberrys," "The Proud Family" and "Kim Possible." One of her most iconic roles? Mrs. Potato Head in the "Toy Story" movie franchise. She most recently voiced the character in 2019's "Toy Story 4." The actress, who's now in her 90s, has been married to Sy Harris, with whom she has three children, since 1953. 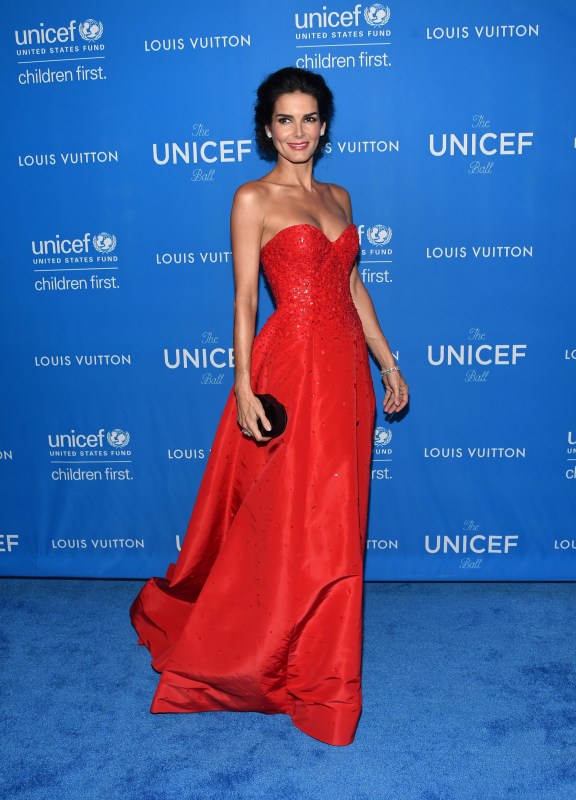