It's been 10 years since "Glee" debuted on FOX on May 19, 2009. In honor of the groundbreaking musical dramedy's big anniversary, Wonderwall.com is taking a look back at some of the award-winning series' most unforgettable moments. Keep reading to relive the highlights from the Ryan Murphy-created show…

The song that started it all! On the pilot episode of "Glee," the New Directions glee club performs a show-stopping cover of Journey's "Don't Stop Believin'" that convinces Spanish teacher Will Schuester (Matthew Morrison) to serve as its director. The epic moment is echoed again several times over the course of the show's run: New Directions performs its unofficial anthem again during the very first Regionals on the Season 1 finale; Lea Michele's Rachel Berry sings it as part of her audition for a Broadway production of "Funny Girl" during Season 4; several of New Directions' most prominent alumni sing it during a reunion to honor Mr. Schue during Season 5; and the original members of the glee club sing it yet again during the series' penultimate episode.

It didn't take long for "Glee" to establish its central love triangle: Rachel Berry (Lea Michele) and Finn Hudson (Cory Monteith) shared a sweet smooch on just the second episode of the musical dramedy — even though the singing football star was in a relationship with cheerleader Quinn Fabray (Dianna Agron). Their off-and-on romance, which paralleled the relationship between Lea and Cory in real life, was the heart of the show until his unexpected death in 2013.

Early on Season 1 of "Glee" — after leading the football team in an epic performance of the "Single Ladies" dance — Chris Colfer's Kurt Hummel works up the courage to come out to his football-loving mechanic dad, Burt (Mike O'Malley), who tells his son that not only has he known his big secret since he was 3, but he also loves him "just as much." Burt then thanks his son for telling him the truth. (Chris went on to win a Golden Globe and two Emmy nominations for his work on the show, while Mike scored an Emmy nomination for his performance as Burt.)

"Glee" featured no shortage of A-list guest stars over the years, but the most iconic, Britney Spears, appeared on a Season 2 episode paying homage to her musical career. The superstar pops up in several dream sequences experienced by members of the New Directions and shares a few special moments with Heather Morris's alter ego: Brittany S. Pierce.

Darren Criss's Blaine Anderson made his big debut midway through the second season of "Glee." The Dalton Academy Warblers frontman introduces himself with a rendition of Katy Perry's "Teenage Dream" that instantly charmed Kurt — and us! — and went on to become one of the show's most unforgettable musical numbers. (During Season 4, he takes another stab at the hit, performing a heartbreaking acoustic version of the song — through tears — as his relationship with his off-and-on love briefly implodes.)

Say it with us: "Genius casting!" Ryan Murphy capitalized on the similarities between "Glee" star Lea Michele and Broadway veteran Idina Menzel — they look and sound ridiculously similar — toward the end of Season 1. As the audience learns that the "Wicked" star's onscreen alter ego, rival glee club coach Shelby Corcoran, is Rachel's birth mom, the duo share a tear-jerking duet of "I Dreamed a Dream" from the musical "Les Misérables."

Two of the most important off-and-on couples featured on "Glee" finally got their happy ending during the sixth and final season of the show: Best friends-turned-lovers Santana Lopez (Naya Rivera) and Brittany Pierce (Heather Morris) tied the knot in the barn where the blonde former cheerleader was born, and in a surprise move, Kurt (Chris Colfer) and Blaine (Darren Criss) also made it official after several years of breaking up and making up.

When Cory Monteith passed away in July 2013, the creators of "Glee" were left with the unenviable task of explaining how his onscreen alter ego, Finn Hudson, died. Ultimately, they opted against assigning a specific cause of death to the beloved character. "Everyone wants to talk about how he died. … But who cares? One moment in his whole life. I care more about how he lived," says Kurt. The episode, which is difficult to watch even now, includes several extremely emotional performances, most stirringly, Rachel's rendition of "Make You Feel My Love." It's especially poignant given actress Lea Michele's offscreen romance with her onscreen love.

On the finale of Season 2 of "Glee," the New Directions finally make it to Nationals in New York City. After a day of exploring some of the Big Apple's most instantly recognizable landmarks, the group finally gets its big moment on the national stage — though an unexpected mid-performance smooch between Finn and Rachel ultimately costs them a shot at the finals. (The loss might have been a big blow, but we were just happy to see the rekindled couple back together again!)

One of the greatest "Glee" musical numbers came midway through Season 1 when Rachel (Lea Michele) and Kurt (Chris Colfer) sang dueling versions of "Defying Gravity" from the musical "Wicked" to determine which of them would score a coveted glee club solo. Ultimately, Kurt sabotaged himself to protect his dad — who'd become the target of harassment over his son's love of musical theater — in one of the show's most heartbreaking moments.

Few "Glee" characters experienced bigger transformations than Max Adler's Dave Karofsky, the high school football player who spent Season 1 viciously terrorizing Kurt. During Season 2, he revealed that he'd been harboring romantic feelings for Kurt the whole time, and then on Season 3, Karofsky attempted suicide after classmates outed him and he suddenly became the target of bullying for the first time in his life. In one of the show's most redemptive moments, Kurt sits with Dave in his hospital room as he recovers and helps him envision his hopes and dreams for the future.

Kevin McHale's wheelchair-bound Artie Abrams has his biggest superstar moment toward the end of Season 1 of "Glee." During a trip to the mall with Tina (Jenna Ushkowitz), he unexpectedly leads a dream-sequence flash mob to the tune of "Safety Dance" — and shows off his ridiculously impressive dance moves in the process.

On the penultimate episode of Season 3, the New Directions finally win nationals! Following a lively rendition of "The Edge of Glory," Rachel (Lea Michele) earns a standing ovation for her solo performance of Celine Dion's "It's All Coming Back to Me Now" — which helps her redeem herself to NYADA dean Carmen Tibideau (Whoopi Goldberg), whom she'd previously failed to impress. The New Directions clinch their victory with their performance of Meat Loaf's "Paradise by the Dashboard Light."

Jane Lynch's Sue Sylvester had many outrageous moments over the course of "Glee," but perhaps her most extreme moment went down during Season 2 when the acerbic cheerleading coach decided to marry herself (after realizing that she's her own true love) while dressed in a ballgown inspired by one of her signature tracksuits. Carol Burnett made a special guest appearance on the episode as Sue's absentee Nazi-hunting mother, Doris, who ultimately storms out of the "wedding." (Jane went on to win a Golden Globe and an Emmy for her work on the show.)

A Season 3 episode of "Glee" titled "Yes/No" centers around Sue Sylvester's sassy assistant, cheerleader Becky Jackson (Lauren Potter), who has Down's Syndrome. As Becky pursues a relationship with Kevin McHale's Artie, her inner monologue is voiced by none other than Oscar-winning English actress Helen Mirren. The episode, which also features Finn's big proposal to Rachel, drew raves for the way it fleshed out Becky's character, giving her a full arc rarely experienced onscreen by individuals with learning disabilities.

"Glee" was truly groundbreaking in its portrayal of sexual orientation and gender identity issues. For example, during Season 6, Coach Beiste is finally diagnosed with gender dysphoria and transitions from Coach Sharon Beiste to Coach Sheldon Beiste. Actress Dot-Marie Jones earned three Emmy nominations over the years for her work as the high school football coach.

Season 4 ended with the wedding we'd been waiting for since "Glee" first debuted: Matthew Morrison's Will Schuester married Jayma Mays' Emma Pillsbury, who left him at the altar earlier in the season, in the McKinley High School choir room in a super low-key ceremony in front of the New Directions following their big win at Regionals. 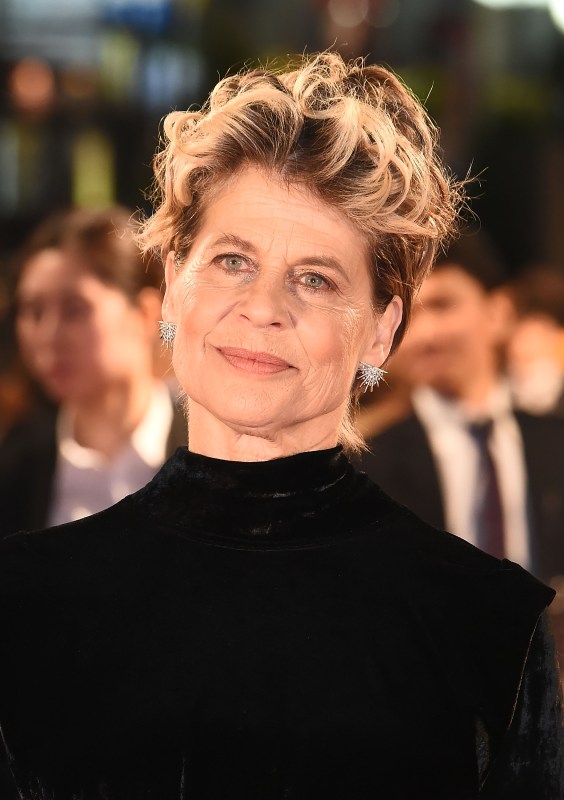