Gabrielle Union took to Twitter on Dec. 4 to share that a day earlier, she met with NBC brass to discuss her headline-making ouster from "America's Got Talent" and subsequent reports that the show fostered a toxic workplace culture. Tweeted the actress, "We had a lengthy 5-hour, and what I thought to be, productive meeting yesterday. I was able to, again, express my unfiltered truth. I led with transparency and my desire and hope for real change." Also on Dec. 4, NBC released a statement announcing that following their "candid and productive" meeting with the "Bring It On" star, they're launching "a further investigation to get a deeper understanding of the facts" and "working with Gabrielle to come to a positive resolution."

RELATED: "America's Got Talent" winners: Where are they now?

On the Dec. 2 episode of his eponymous SiriusXM radio show, former judge Howard Stern addressed the allegations that there's a toxic workplace culture on the set of "America's Got Talent." The shock jock suggested that judge-producer Simon Cowell is behind the decision to give Julianne Hough and Gabrielle Union the boot: "He sets it up that the men stay," he said. "No matter how ugly [the men] are, no matter how old they are, no matter how fat they are, no matter how talentless they are. What he manages to do on all his shows is he constantly replaces the hot chicks with hotter chicks and younger chicks." He then questioned how longtime judge Howie Mandel has managed to last on the show for so long: "Howie's doing a fine, serviceable job — why don't they change him? And why don't they change Simon? … This is the ultimate example of a boys' club." That same day, Sharon Osbourne — who served as a judge alongside Howard and Howie — revealed on "The Talk" that she left "AGT" after six years "because of NBC" and not because of the show itself. "I had my own problems with the network," she said. Continued the former reality star, "I don't know about any of [Gabrielle's] concerns about the show. Obviously, there wasn't anybody of color on the panel when I was there, so I honestly can't say. But when I was there it was a great show to work on. The crew and everybody were amazing to me — everybody except the network." The following day, Sharon agreed with Howard's assessment that "AGT is "a boys' club" and alleged that she was paid less than her male counterparts. She also shared some not-fit-for-print words directed at NBC. Then on the Dec. 3 episode of "People Now," Julianne — who'll be working with NBC on several upcoming projects and previously said that she had a "wonderful time" on "AGT" — avoided saying anything negative about the network, the show or her former co-stars when asked to share her thoughts on the scandal: "I just believe and value at the highest regard that everybody has a voice and should be heard, first and foremost," she said. "And then I believe that the paradigm of the workplace and how you do business and work with people now, it's shifting, and I think that the people that really want to see change happen are going to authentically and positively … do that. And that's all I really have to say about that."

According to The Associated Press, actress Shelley Morrison — who portrayed Karen's maid, Rosario Salazar, on the original run of "Will & Grace" — died from heart failure at Los Angeles' Cedars-Sinai Medical Center on Dec. 1 following a brief illness. She was 83.

During a Dec. 3 appearance on "The Howard Stern Show," Adam Sandler recalled getting the boot from "Saturday Night Live" back in 1995. "At the time, I was hurt because I didn't know what else I was gonna do," he said. "It put a lump in my throat. … I was probably sad [and] covering the sadness up with being mad and saying, '[Screw] you.'" He went on to say that it wasn't "SNL" creator Lorne Michael's decision to sack him and pal Chris Farley. "The NBC head dude … he didn't like our gang — me and Farley," he said. "But I remember when I saw Farley, he said, 'Me too! They don't want me either.' … We got mad together — pretended we weren't sad and pretended this was for the best." Ultimately, it was the comedian's manager who gave him the bad news. Recalled the funnyman, "He was talking to me, and I said 'Yeah, next year on the show,' and he was like, 'Maybe you don't go back next year.' And I was like, 'I don't know, man. I still got a few more things.' And he's like, 'Yeah, but you did it already.' And I was like 'I did it, but…' And then I was like, 'Yeah, I'll think about it,' and he's like, 'I think you thought about it.'" If NBC hadn't fired him, he might never have left the sketch-comedy series, he said: "I'm not good at saying goodbye. … They had to get rid of me."

The first trailer for Season 24 of "The Bachelor," which hit the Internet in late November, teased a flirty reunion between Peter Weber and Hannah Brown, who shared a passionate romance on season 15 of "The Bachelorette" earlier this year. On Dec. 3, ABC revealed what role the former pageant queen will play on her ex's season of the show. According to a press release, she stops by to host a group date during which nine women "will be revealing their most memorable sex stories and fantasies in front of a live audience." Teases the press release, "But what happens when Peter discovers a distraught Hannah backstage? What she shares with him will leave them both as confused as ever. Do the two of them still have feelings for one another and share the same sizzling passion? Will Hannah join the group of women in the Bachelor mansion and continue to date Peter?" The trailer showed Peter asking his former love, "What would you say if I asked you to come be part of the house?" It also showed her telling him that she knows "there's still something there" and that she "would do anything for a relationship." However, Hannah spent most of late 2019 competing on "Dancing With the Stars," which filmed at the same time as "The Bachelor," so it's extremely unlikely she stuck around to compete for Peter's heart.

Rob Lowe's 24-year-old son, John Owen Lowe, joined the actor on the Dec. 2 episode of "The Ellen DeGeneres Show." While the hostess chatted with the former teen idol, his offspring hung out backstage and "trolled" him by texting in jokes making fun of him. For example, when Ellen asked Rob about being included in People magazine's 2019 Sexiest Man Alive issue in the "Sexy At Every Age" section, John Owen chimed in, "You should ask him how many times he's been on the cover." Rob has never been named People's Sexiest Man Alive. "He's in [the magazine] but it's basically a participation award," added John Owen. Later, when the "St. Elmo's Fire" star mentioned meeting a tortoise whose age is estimated at around 150 years during a recent trip to the Galapagos Islands, John Owen joked, "Just a bunch of dinosaurs hanging out, Rob fits right in…"

Bill Nye the Science Guy headed to trial against Disney

According to The Hollywood Reporter, a Los Angeles Superior Court determined on Dec. 4 that Bill Nye the Science Guy can move forward with his lawsuit against The Walt Disney Company. A trial is now scheduled for May 2020. Nye alleges that the company owes him an estimated $28 million in damages for profits from his eponymous '90s TV show. He's also seeking punitive damages over the company's alleged "long and consistent pattern of under-reporting revenue and improperly applying deductions." 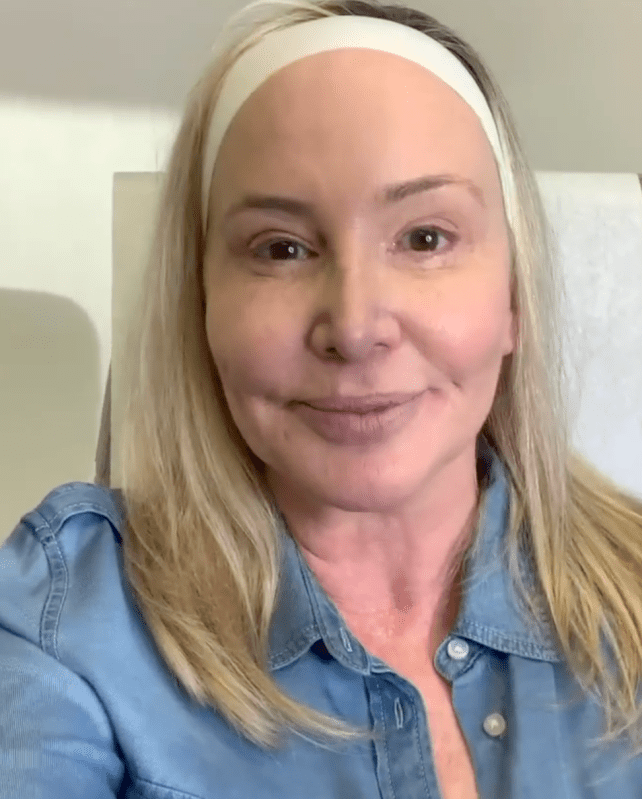