After the judges saved Ally Brooke over James Van Der Beek on the Nov. 18 episode of "Dancing With the Stars," the Fifth Harmony singer asked if she could bow out of next week's finale so that the actor could compete for the Mirrorball Trophy instead — which isn't allowed. James — who announced on Monday night's semi-finals that his wife suffered a miscarriage over the weekend — wouldn't have allowed it either, Ally told People magazine following the emotional elimination ceremony: "He was just like, 'I can't accept that,' and 'It's very, very kind,' and he said, 'Just enjoy it,'" she recalled. "I talked to him afterward as well and I tried to offer again … and he was just like, 'No, please, you just enjoy it and you shine and don't be afraid to shine.' [Those] are the exact words he told me." Added Ally, "I didn't even want [the judges] to vote. I just wanted to give it to him." She went on to say that she didn't feel right making it to the finals over James given "everything he went through" with his family this week, but the former "Dawson's Creek" star had only encouraging words for her: "I didn't feel like talking or celebrating, I just felt sad for James, especially with what he's been through," Ally said. "But everyone was encouraging me — even James himself. Like, the fact that he was encouraging me after everything he's been through? That just shows the type of character he is and the spirit he has. … He's just one of the most magnificent, unbelievable people I've ever met in my life."

According to a Nov. 16 report in The New York Times, two female writers quit "Carol's Second Act" over a misconduct complaint against executive producer David Hunt — who's married to star Patricia Heaton. In early September, 25-year-old writer Broti Gupta accused Hunt, 65, of touching her inappropriately on two occasions. She claims when they first met, he hugged her twice from the side, complimented her pants and ran a hand up the side of her thigh while they were standing outside a restaurant. Weeks later, she says, he suddenly jerked her forward by the shoulders while she was sitting in a director's chair. According to the Times, when Gupta complained to HR, she said she'd like Hunt to undergo sexual harassment training rather than get the boot from the CBS sitcom on which his spouse stars. But after lodging the complaint, she felt as though the series' showrunners retaliated against her — punishing her fellow writers in the process. Ultimately, she quit in mid-September. In October, writer and co-executive producer Margee Magee, 43, also resigned. She alleges that after she spoke with higher-ups about her concerns regarding how HR and the showrunners handled Gupta's complaint against Hunt, she was stripped of her responsibilities on set. Hunt has denied any inappropriate behavior, though he completed sexual harassment training in early October, while reps for CBS have denied any retaliation on the set of the medical comedy.

During an interview with Yahoo! Entertainment that hit the Internet on Nov. 19, Meghan McCain said that she and her "The View" co-hosts are not "treated fairly" by the media in comparison to their male television counterparts. "I never really cry 'sexism' that easily — I'm very hesitant to throw that around," she said before describing herself as "exhausted" by stories that pit her and her co-hosts against each other. "'Catfight,' 'ripped each other's hair out,' 'scream-fest,' 'shrill,' all these things that are used about women on television and in politics and in basically any industry. I wish people would just give us a fair shot because it's a serious show that's taken seriously and it has made me more cognizant of how women who are running for president are perceived," said the conservative talking head. "I just wish people would give us all a break," she added. "That's also a standard our show is held to that other shows are not."

The stars of "Fuller House" took to social media to say goodbye to the Netflix sitcom after shooting the final episode of the rebooted series on Nov. 15. "Sad day. Shooting final episode of @fullerhouse," John Stamos tweeted before sharing an Instagram slideshow of photos of himself and his co-stars. "The end of an era…again. Last night was final taping of @FullerHouse," he wrote in the caption. Jodie Sweetin, meanwhile, captioned an on-set selfie, "This couch. This show. This family. I will miss this with all my heart." Scott Weinger shared a group photo and joked that he and his co-stars "tried to steal" the show's iconic sofa, while Marla Sokoloff shared a photo of herself sitting on that very same sofa, which she captioned, "Really gonna miss getting kicked out of this house." And Bob Saget posted a photo of Jodie, Candace Cameron Bure and Andrea Barber looking emotional while sharing a group hug. "After the final ever episode of the 5th season of 'Fuller House,'" he captioned the sweet shot. "So proud of the incredible work, love, and deep friendship of Candace, Jodie, and Andrea who made 'Fuller House' such a special show for so many. Here's to five wonderful years full of love and laughter, and more love. These are three incredible and talented women. I love them all so much."

On the Nov. 18 episode of "Dancing With the Stars," Hannah Brown took a moment to apologize to Carrie Anna Inaba for a less-than-positive interaction they shared earlier in the week when the judge stopped by to critique the former pageant queen during rehearsals. After Carrie Ann shared some tips, noting that "it's hard," Hannah shrugged her off, saying "it's fine." But it clearly wasn't fine: As the blonde beauty began to well up with tears, the dancer-choreographer attempted to console her with a hug. "No, I don't want to be touched," the former star of "The Bachelorette" snapped as she backed away from the embrace. During the live portion of the show, Hannah apologized, telling Carrie Ann, "I am so sorry if it seemed like I was dismissive. I had a really hard day that day. It was really emotional learning my contemporary [routine]. I didn't handle my emotions very well. I'm so sorry if it seemed like anything else." The judge replied that she "was never offended by that" and then shared a hug with the reality star. Hannah later told co-host Erin Andrews that her outburst stemmed form "a compilation of everything I was going through that day, unfortunately."

ABC announced on Nov. 18 that the three biggest winners in "Jeopardy!" history — Ken Jennings, Brad Rutter and James Holzhauer — will face off on "Jeopardy! The Greatest of All Time" on primetime in early 2020. The multi-night event, which kicks off on Jan. 7, will see the gameshow superstars competing in a series of matches. The first competitor to win three matches will take home $1M — as well as priceless bragging rights!

During a Nov. 16 BravoCon panel, Andy Cohen announced that the "Real Housewives" franchise is expanding to Salt Lake City. "We are very excited to travel to Salt Lake City, Utah, for 'The Real Housewives of SLC,'" he said. "We didn't see it coming, but I have to tell you, in Utah, you've got the majesty of the mountains, you've got the majesty of the Mormon religion, you've got an exclusive community of people who have very successful businesses who live in their own universe." According to a press release from Bravo, "'The Real Housewives of Salt Lake City' takes viewers into an undiscovered world that is about so much more than religion, although the Mormon church is undeniably engrained in the culture. In the majestic mountains of Utah is a hidden social circle made up of successful women who have created their own paradise filled with luxury homes, shopping sprees and multi-million-dollar businesses and brands. With Hollywood's exclusive Sundance Film Festival in their backyards, these Type-A power-brokers are accustomed to rubbing elbows with A-listers, and what party list you are on means everything. They have mastered running wildly successful enterprises by day and enjoy après ski at the finest resorts by night, all the while raising extraordinary and unconventional families. Here perfection is not an aspiration, it's a mandate. They hold themselves and each other to an extremely high standard and never hold back when things go sideways, but lord knows they are always there for each other when they need it most." 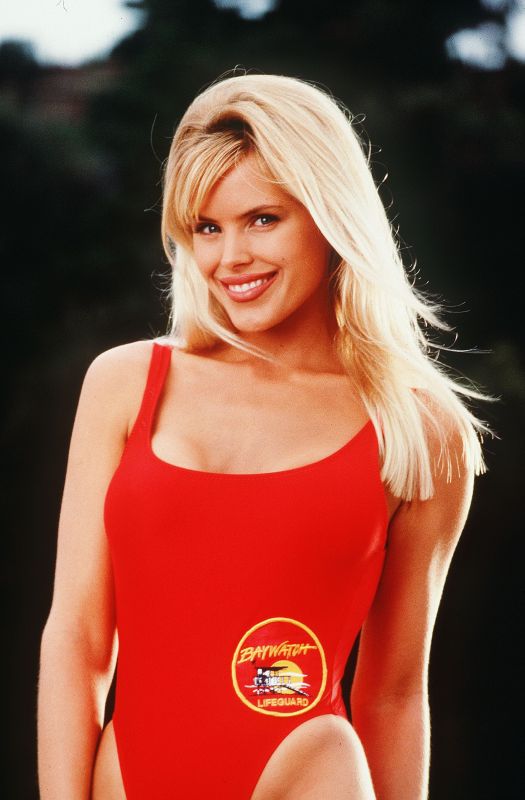 Up Next 'Baywatch' Babes now