Can you believe it's been 30 years since "In Living Color" first premiered? In honor of the groundbreaking and irreverent '90s sketch-comedy and dance show, which celebrates its 30th anniversary on April 15, 2020, Wonderwall.com is taking a look at where some of the actors and former Fly Girls are today. Get clickin'…

Jim Carrey was just starting out in his acting career when he landed a role as a comedian on "In Living Color" in 1990.

In 1994, Jim Carrey's career blew up with three hit movies: "Ace Ventura: Pet Detective," "Dumb & Dumber" and "The Mask." In the late '90s, he won two Golden Globes for his work in "The Truman Show" and "Man on the Moon," solidifying his place on the acting A-list for decades. More recently, he's starred as Jeff Piccirillo on the Showtime series "Kidding" and as Dr. Robotnik in the 2020 live-action "Sonic the Hedgehog" movie. Jim has a daughter from his first marriage, which ended in 1995. He married actress Lauren Holly in 1996; they split less than a year later. Since then, he's been in high-profile relationships with the likes of Renee Zellweger and Jenny McCarthy. Jim, who in recent years has also made headlines for his politically charged artwork, dated "Kidding" co-star Ginger Gonzaga in 2019.

Jennifer Lopez (left) was far from the household name she is now when she joined "In Living Color" as a Fly Girl dancer during its third season.

Jennifer Lopez has literally turned into a triple-threat superstar since her days on "In Living Color." After her breakout film role in the 1997 biopic "Selena," she's blown up the box office with hit rom-coms like 2001's "The Wedding Planner." Plus she's been making No. 1 hits since her debut album, "On the 6," came out in 1999. More recently, she starred in the 2018 rom-com "Second Act," wrapped up a Las Vegas residency and finished a three-season run on NBC's "Shades of Blue." J.Lo toured in the summer of 2019 — in part to celebrate her 50th birthday — and appeared in the drama "Hustlers," for which she received a Golden Globe Award nomination for best supporting actress. Aside from the A-lister's high-profile relationships with Diddy and Ben Affleck, she's been married three times. She's a mom to twins Max and Emme with ex-husband No. 3, singer Marc Anthony. She and retired MLB star Alex Rodriguez got engaged in March 2019.

Jamie Foxx lent his acting chops to the last two seasons of "In Living Color." Who could forget his character Wanda?!

Jamie Foxx went on to make a name for himself as both an actor and a singer. He won an Oscar for his work in the 2004 Ray Charles biopic "Ray" and had parts in huge blockbusters like 2012's "Django Unchained." Plus he's won two Grammys — for "Gold Digger" with Kanye West in 2006 and "Blame It" in 2010. In more recent years, Jamie's hosted and executive produced the FOX game show "Beat Shazam" and will next voice the lead character in the 2020 Disney-Pixar film "Soul." The dad of two — he has daughters with two ex-girlfriends — went public with longtime love Katie Holmes at the 2019 Met Gala after more than five years of dating denials. However, the couple called it quits shortly after.

Keenen Ivory Wayans didn't just host and act on "In Living Color" — he was responsible for creating and writing the show with brother Marlon Wayans. Plus he won an Emmy for it in 1990.

Keenen Ivory Wayans has had a successful career in front of and behind the camera. He's written and acted in a ton of movies including 1994's "A Low Down Dirty Shame" — he also wrote the screenplay for 2004's "White Chicks" — and he directed "Scary Movie" in 2000. And let's not forget his short-lived eponymous 1997 talk show, which he also executive produced. He more recently served as a judge on the eighth season of "Last Comic Standing" in 2014. Though his marriage to Daphne Polk ended messily in 2005, the union gave them five beautiful children — four daughters and one son.

Chris Rock was a recurring guest on the final season of "In Living Color" after he left the cast of "Saturday Night Live."

Chris Rock continued to work as a successful stand-up comedian — he was featured in three acclaimed HBO comedy specials — before he landed high-profile movie roles in films like "Beverly Hills Ninja," the "Madagascar" film series and "Grown Ups." He also hosted the Oscars in 2005 and 2015. More recently, Chris starred in the 2018 Netflix stand-up special "Chris Rock: Tamborine." In 2020, he starred in the film "The Witches" and joined the cast of "Fargo." Next up, he'll appear in 2020's "Spiral: From The Book of Saw," the ninth installment of the "Saw" horror movie franchise. In 2014, Chris and wife Malaak Compton-Rock announced plans to divorce after nearly 20 years of marriage and two daughters together. After four years of dating actress Megalyn Echikunwoke, the couple called it quits in 2020.

Rosie Perez was the Emmy-nominated choreographer for the Fly Girls on "In Living Color" for the first four seasons.

Rosie Perez shifted to acting and nabbed big-screen supporting roles after "In Living Color," including one in "Fearless" that led to an Oscar nomination. In 2014, she released a tell-all book, "Handbook for an Unpredictable Life," in which she spoke candidly about her longtime feud with former "In Living Color" colleague Jennifer Lopez. She also served as a co-host on "The View" in 2014 and starred on NBC's "Rise" in 2018. In 2019, she starred in the horror flick "The Dead Don't Die" and appeared in Spike Lee's Netflix series "She's Gotta Have It." Then, in 2020 she appeared in two films — "The Last Thing He Wanted" and "Birds of Prey." After her 2001 divorce from Seth Zvi Rosenfeld, Rosie walked down the aisle again in 2013 with artist Eric Haze.

Shawn Wayans has worked alongside his famous brothers for years. He and Marlon Wayans created and starred on the TV series "The Wayans Bros." in 1995. He acted in films including 2000's "Scary Movie" and 2004's "White Chicks," which were both directed by brother Keenen Ivory Wayans. He more recently guest starred on a 2016 episode of the hit HBO show "Animals." The happily married funnyman has three kids with longtime love Ursula Alberto.

David Alan Grier was a key member of the original "In Living Color" cast when the show launched in 1990.

David Alan Grier has continued to work in front of the camera. He landed the sitcom "Life with Bonnie" in 2002 and went on to star in "The Carmichael Show," "The Wiz," "Peeples" and "Comedy Bang! Bang!" In 2019 he appeared in the FOX series "The Cool Kids" and the film "Native Son." He landed a role in the 2020 flick "Coffee & Kareem" and voiced the titular character in "Clifford the Big Red Dog." After his divorce from Maritza Rivera in 1994, David married Christine Kim in 2007. The couple had a daughter but filed for divorce in 2009.

Carrie Ann Inaba knows a thing or two about dancing from her days busting a move as a Fly Girl on "In Living Color" during its first three seasons.

Since 2005, Carrie Ann Inaba has been a judge on ABC's "Dancing with the Stars." In 2019, she was named an official co-host on "The Talk," replacing Julie Chen. Though she's found successful and long-lasting TV jobs, romance is another story. A year after boyfriend Jesse Sloan proposed to her on a 2011 episode of "Live! With Regis and Kelly," the couple called off their engagement. Five years later, Carrie called off another engagement, this time to actor Robb Derringer.

In 2001, Damon Wayans created, executive produced and starred as the lead on the sitcom "My Wife and Kids," which ran until 2005. That year, he also starred in the hit comedy "Major Payne." He also appeared in "Never Better," "Mo' Money," "Waynehead" and on son Damon Wayans Jr.'s now-defunct sitcom "Happy Endings." He more recently starred as Roger Murtaugh on the TV version of "Lethal Weapon," a role he left in 2019. The star has four children from his marriage to Lisa Thorner, which ended in 2000.

Tommy Davidson acted in many a parody sketch on "In Living Color" starting in 1990.

Tommy Davidson continued to do stand-up after his time on "In Living Color. " He also landed roles in TV and film projects including "Ace Ventura: When Nature Calls," "Booty Call," "The Proud Family" and "Black Dynamite." Tommy more recently starred in the 2018 flick "Frat Pack" alongside Danny Trejo. The father of two married Amanda Moore in 2015. Up next, he'll voice Oscar Proud on the Disney+ revival series "The Proud Family: Louder and Prouder."

Kelly Coffield was also an integral part of the "In Living Color" cast from its launch in 1990.

Kelly Coffield went on to land small supporting roles in films including "Scary Movie," "Undercover Brother," "Jerry Maguire" and 2009's "Bride Wars." She more recently guest starred on two episodes of former castmate Jim Carrey's show "Kidding." She also landed guest starring roles in "Lethal Weapon" and "How To Get Away With Murder." But what we find most interesting about her? She ended up marrying her "In Living Color" co-star Steve Park in 1991! The couple share two children, daughter Eliza and son Owen.

T'Keyah Crystal Keymah really knew how to make the crowd laugh when "In Living Color" launched in 1990.

T'Keyah Crystal Keymah became well-known for her major role on "Cosby" in 1996 and then for her work on Disney's "That's So Raven" from 2003 to 2005. She has transitioned into theater since then, starring in "Don't Get Me Started!" as well as "T'Keyah Live!" and "Some of My Best Friends." She has also self-published two books: "Some of My Best Friends: A Collection of Characters" and "Natural Woman / Natural Hair: A Hair Journey – Hairstyles and Hairstories from the Front with Simple, Step-by-Step Instructions on Taking Care of your Natural Hair." T'Keyah more recently guest starred on an episode of the "Raven" spinoff "Raven's Home." The seemingly still single actress has never been married.

Kim Wayans acted alongside all of her brothers on "In Living Color."

Following in the footsteps of her famous brothers, Kim Wayans also went on to land roles in TV shows and movies, though her credits aren't as lengthy. She has starred in "In the House," "Juwanna Mann," "Dance Flick" and "Reckless." More recently, she appeared on brother Marlon Wayans' sitcom "Marlon." In 2020, she will appear on the second season of Lena Waithe's "Boomerang." Kim married Kevin Knotts in 2000.

Alexandra Wentworth joined the "In Living Color" crew during its fifth and final season.

Ali Wentworth landed minor roles in "Jerry Maguire," "Office Space" and "The Real Blonde" after wrapping "In Living Color." She hosted her own talk show, Yahoo!'s "Daily Shot," and more recently starred on the Pop TV series "Nightcap." In 2001, Ali — who's published four books — married ABC News journalist George Stephanopoulos, with whom she has two daughters. In early 2020, she made headlines when she became one of the first wave of celebrities to reveal they'd contracted COVID-19. 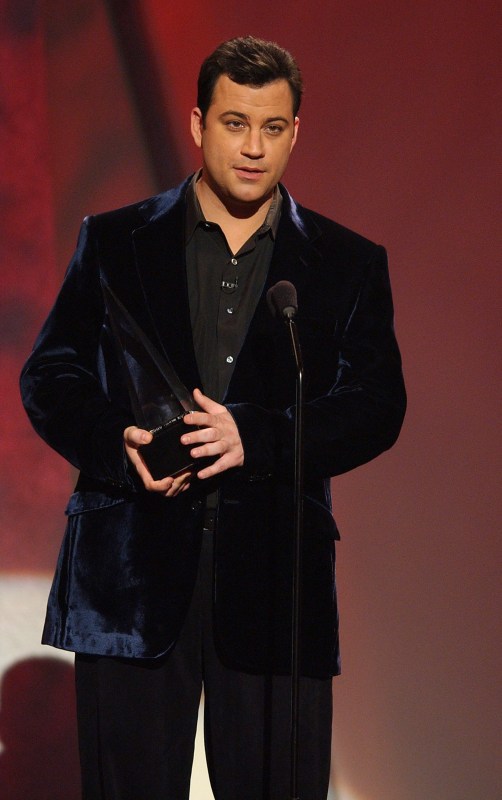