In need of a good binge session this summer? Well Wonderwall.com is here to provide you with some fresh reality romance TV series recommendations. From classics to shows that have been flying under the radar, find your next obsession here… starting with the American version of Britain's "Love Island," which debuted its third season on CBS and CBS All Access on July 7, 2021, after temporarily being put on hold due to the coronavirus pandemic. Catch host Arielle Vandenberg and the contestants weekly on CBS or stream "Love Island" live and on demand on the CBS app and Paramount+.

In need of a good binge session this summer? Well Wonderwall.com is here to provide you with some fresh reality romance TV series recommendations. From classics to shows that have been flying under the radar, find your next obsession here… starting with the American version of Britain's "Love Island," which debuts its third season on CBS and CBS All Access on July 7, 2021, after temporarily being put on hold due to the coronavirus pandemic (season 1 winners Zac Mirabelli and Elizabeth Weber from 2019 are seen here).

Consider yourself lucky if you've yet to dive into the world of Britain's "Love Island." Those new to the show have six amazing drama-packed seasons to devour — and season 7 (featuring pairings including Chloe Burrows and Hugo Hammond, seen here) debuted on June 28, 2021. Though we humbly suggest our personal favorites — seasons 4 and 5 — you can really start anywhere with this series since the cast changes every season. Embrace the accents and get addicted to this international treasure on Hulu.

It's easy to compare "Too Hot To Handle" to "Love Island," but this Netflix offering has a twist. On this series, 10 singles move into a villa, thinking they're competing for a cash prize while finding love. But they quickly learn that any kind of sexual encounters deduct money from their $100,000 prize, with their movements closely watched by an Alexa-like tattletale named Lana. Season 2 debuted in 2021.

With more than 40 seasons between them, it may seem intimidating for novices to jump into "The Bachelor" or "The Bachelorette," but there's no better way to get a feel for the ABC staple than to relive a few past seasons to prepare you for the new ones. There's a reason these ABC shows have endured this long: No matter the franchise, there's never a shortage of drama! Each season has its own strengths and weaknesses (check out our rankings here!) and all promise to keep you entertained and distracted from what's happening in the world. Stream them on Hulu.

It's hard to believe "90 Day Fiancé" premiered on TLC back in 2014. The seriously addictive series has launched numerous spinoffs — including "90 Day Fiancé: Before the 90 Days" and "90 Day Fiancé: The Other Way," to name just a few — and each is just as good as the next. Watch couples from different countries try to navigate international relationships where, in most cases, one mate is trying to move to America. There's plenty of drama and just the right amount of travel to help curb that wanderlust. Plus TLC continues to bless fans with more spinoffs and updates on fan favorites via spinoffs like "90 Day Fiancé: What Now" and "90 Day Fiancé: Happily Ever After." Catch them on Hulu, Sling TV or the TLC app with a cable subscription.

In case you didn't catch this series when it was trending shortly before the coronavirus pandemic began, Netflix's "Love Is Blind" is still the perfect binge. Single men and women meet while separated into pods, but they can't see each other — they have to decide if they want to continue dating based on connections they might make through conversations alone. It's actually spawned some successful married couples!

Who remembers "Flavor of Love"? The classic VH1 show followed rapper Flavor Flav on his quest to find love by inviting 20 women to live in his mansion so he can date them. Catch up on all the drama — including the debut of reality TV legend Tiffany "New York" Pollard, who got her start on the series — via Hulu.

Looking for a more diverse reality romance cast? Netflix's "Dating Around" embraced people of different races, ages and sexual identities for this six-episode series that shows people going on five blind dates. And if you get hooked, you're in luck! A second season is also available to stream. Check this one out on Netflix.

If you like your reality dating series extra messy, it's time to check out "Temptation Island." This USA Network show takes couples who've been together for years and drops them into a social experiment where they're separated and their loyalty is tested — via an influx of dozens of hot singles they have to take on dates. Serious drama obviously ensues, making this a must-watch. Catch it on YouTube and Amazon Prime Video.

For a different take on romance, might we suggest the original internet relationships sleuths of "Catfish"? The MTV series tackles a different couple every episode as the hosts attempt to figure out if the people on the other end of the emails, texts and phone calls actually are who they say they are or are playing a cruel game of pretend. Catch it free on the MTV app, Hulu or Sling TV.

"The Millionaire Matchmaker" was an early reality fave: The Bravo series followed real-life matchmaker Patti Stanger's service that happened to cater to, well, millionaires. It made for great TV fodder, which is why it ran from 2008 until 2015 and now can be binged via Hulu.

The Australian series "Back With The Ex" gets you up to speed with four former couples working on reuniting. The addictive series even includes one couple that split 28 years prior to the show! If you're curious to see if exes can ever truly get back together, check out the series on Netflix.

Technically, Bravo's "Summer House" isn't a reality romance series, but that doesn't stop the young and good-looking cast from turning it into one! The premise of this underrated show? A group of New York City 20- and 30-somethings head to a gorgeous home in Montauk, New York, and what happens happens. Though it got its start as somewhat of a "Vanderpump Rules" spinoff, these days it's providing more drama than its soapy predecessor! From former and current houseguests hooking up to engaged couple Kyle Cooke and Amanda Batula getting into lovers' quarrels, this show has quickly become one of our Bravo faves. Go back to the beginning and start with season 1 or jump right in and get going with season 5, which debuted in 2021 and can be seen on the Bravo app.

For those who loved "Love is Blind," it's time to meet its messier predecessor — "Married At First Sight." The show, which originally aired on A&E and Lifetime, follows complete strangers who agree to be set up by matchmakers and marry without ever seeing one another. Surprisingly, many seasons later, it's actually yielded some successful marriages — like Jamie Otis and Doug Hehner (pictured), who famously took part in the very first season and welcomed their second child together in 2020. Stream it on Hulu.

"The Bachelor Presents: Listen to Your Heart" was a new offering for Bachelor Nation that debuted on ABC in 2020. It aimed to pair musical hopefuls together to find love while they also competed in musical challenges and went on music-centered dates. Get caught up on Apple TV or Google Play. 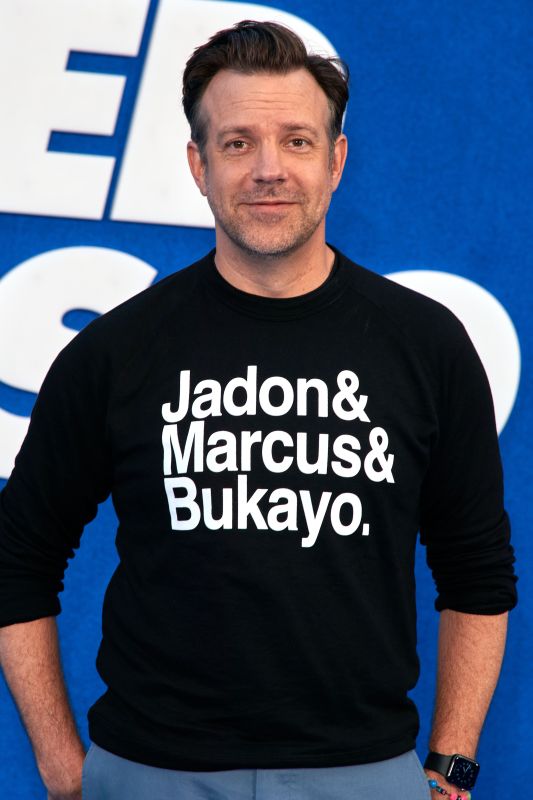