Need an excuse to rewatch the series about a darling mother-daughter duo from the fictional town of Stars Hollow, Connecticut? It's "Gilmore Girls" star Lauren Graham's 54th birthday on March 16, 2021, so to celebrate her big day, Wonderwall.com is rewatching and taking a look at how the cast's lives have changed since they were on the beloved television show. Keep reading for more…

Since debuting as Lorelai Gilmore on "Gilmore Girls," Lauren Graham has gone on to craft an impressive resume. She appeared in several films including "Sweet November," "Bad Santa," "Because I Said So," "Evan Almighty" and "It's Kind of a Funny Story." 2010 marked the year in which Lauren began portraying one of her most notable characters, Sarah Braverman on the NBC drama "Parenthood," where she remained until the show's conclusion in 2015. In addition to reprising her role as Lorelai for Netflix's 2016 reboot "Gilmore Girls: A Year in the Life," Lauren has also appeared on shows like "Curb Your Enthusiasm" and has tried her hand at voice acting on "Vampirina." She's starred on the NBC musical comedy-drama "Zoey's Extraordinary Playlist" since 2020. She's next set to appear on the "Mighty Ducks" television series that debuts in 2021. Lauren has been in a relationship with "Parenthood" co-star Peter Krause since 2010.

RELATED: Agatha Harkness on 'Wandavision' and more of the greatest witches in pop culture

After landing "Gilmore Girls," Alexis Bledel appeared in movies like "Tuck Everlasting," "Sin City," the "The Sisterhood of the Traveling Pants" film series and "Post Grad." She also popped up on television shows like "Mad Men," "Us & Them" and "Motive" throughout the 2010s and reprised her role as Rory Gilmore on Netflix's 2016 reboot "Gilmore Girls: A Year in the Life." In 2017, she began portraying Ofglen/Emily Malek on the dystopian drama "The Handmaid's Tale," which is based on the Margaret Atwood novel of the same name. Alexis's performance earned her an Emmy Award for outstanding guest actress in a drama series in 2017. She'll next appear in two more projects: the television series "The Coldest Case" and the film "The Sisterhood of the Traveling Pants 3." In 2014, she married "Mad Men" co-star Vincent Kartheiser, with whom she shares a son.

While she'll always be Sookie St. James in our hearts, Melissa McCarthy's career blossomed after "Gilmore Girls." From 2007 to 2009, she starred on the ABC sitcom "Samantha Who?," which she following with a starring role on the CBS sitcom "Mike & Molly" from 2010 to 2016 — a performance that earned her an Emmy for outstanding lead actress in a comedy series. She's since appeared in several notable blockbusters including "Bridesmaids," "Identity Thief," "The Heat," "St. Vincent" and "Spy," which earned her a Golden Globe Award nod. For her starring role as Lee Israel in 2018's "Can You Ever Forgive Me?" Melissa received an Academy Award nomination for best actress. Next up, she'll appear in the films "The Starling," "Thunder Force," "The Little Mermaid" and "Thor: Love and Thunder" and will star in and executive produce the Hulu series "Nine Perfect Strangers." Since 2005, she's been married to actor-comedian Ben Falcone, with whom she shares two daughters.

What has Liza Weil been up to since her days on "Gilmore Girls"? In addition to making appearances on shows like "CSI: Crime Scene Investigation," "Grey's Anatomy" and "Private Practice," Liza had six-episode stints on "Scandal" in 2012 and "Bunheads" (from "Gilmore Girls" creator Amy Sherman-Palladino) in 2013. From 2014 to 2020, she had a main role on the acclaimed Shonda Rhimes legal drama "How to Get Away with Murder" and in 2016 reprised her role as Paris Geller on Netflix's "Gilmore Girls: A Year in the Life" reboot. In 2019, she appeared on "The Marvelous Mrs. Maisel" — another one of Amy's series — for four episodes. In 2021, she'll appear in the film "Women Is Losers." In 2006, Liza married actor Paul Adelstein, with whom she shares a daughter. The couple called it quits in 2017.

Since rising to fame as Luke Danes on "Gilmore Girls," Scott Patterson has continued to act. Most notably, he played the role of Agent Peter Strahm in the "Saw IV," "Saw V" and "Saw VI" films. In addition to reprising his role as Luke on "Gilmore Girls: A Year in the Life" in 2016, Scott has remained active on the small screen, landing starring roles on shows like "Aliens in America" and "The Event" and recurring roles on "Justice League Unlimited" and "90210." He will next appear in three films: "The Rogue," "Liberty" and "The Sons of Summer." In 2001, he married Kristine Saryan, with whom he shares a son.

Kelly Bishop — who famously played Baby's mom in 1987's "Dirty Dancing" and earned a Tony Award for best performance by a featured actress in a musical for her work in "A Chorus Line" — has continued to accrue acting credits. She has since appeared on shows like "Law & Order: Special Victims Unit," "Mercy" and "The Good Wife" and reprised her role as Emily Gilmore on Netflix's "Gilmore Girls" reboot in 2016. From 2012 to 2013, she starred in Amy Sherman-Palladino's short-lived comedy-drama "Bunheads" as Fanny Flowers.

Following "Gilmore Girls," Keiko Agena landed roles in several short films like "Chances Are," "Road Rage," "Lil Tokyo Reporter" and "Me + Her." She also appeared on episodes of television shows including "Twisted," "Shameless," "Colony," "Better Call Saul" and "Dirty John." She reprised her role as Lane Kim on the 2016 Netflix "Gilmore" reboot. Prior to landing a role as a series regular on Hulu's "The First," Keiko had a seven-episode stint on Netflix's teen drama "13 Reasons Why." Since 2019, she's been starring as Dr. Edrisa Tanaka on FOX's crime drama "Prodigal Son."

When Milo Ventimiglia departed "Gilmore Girls," millions of teenage girls' hearts broke — but thankfully, he briefly reprised his role on the 2016 Netflix reboot. After his time on the show, he went on to star as Peter Petrelli on NBC's "Heroes" from 2006 to 2010. He's appeared in several films including "Rocky Balboa," "Armored," "That's My Boy" and "Creed II" and earned leading roles in "Second Act" and "The Art of Racing in the Rain." Since 2016, Milo has starred as patriarch Jack Pearson on the hit NBC drama "This Is Us," a performance for which he's earned multiple Emmy nominations. Next up, he'll appear in the miniseries "Evel." He's famously dated old co-stars including Alexis Bledel and Hayden Panettiere but since 2017, Milo's been romantically linked to Kelly Egarian.

After playing Logan Huntzberger on "Gilmore Girls" — a role he reprised on 2016's "Gilmore Girls: A Year in the Life" — Matt Czuchry appeared on shows like "Veronica Mars" and "Friday Night Lights" before landing a starring role as Cary Agos on the TV drama "The Good Wife." Since 2018, he's portrayed Conrad Hawkins on the FOX medical drama "The Resident."

Jared Padalecki reprised his role as Dean Forester on the 2016 "Gilmore Girls" reboot and has appear in films like "House of Wax," "Cry Wolf" and "House of Fears." He starred as Sam Winchester on the horror series "Supernatural" from 2005 to 2020. In 2021, he made his debut as the titular character on the CW Western action series "Walker," which is inspired by the Chuck Norris-led '90s series "Walker, Texas Ranger." In 2010, Jared married actress Genevieve Cortese, whom he met filming "Supernatural." They share three children. 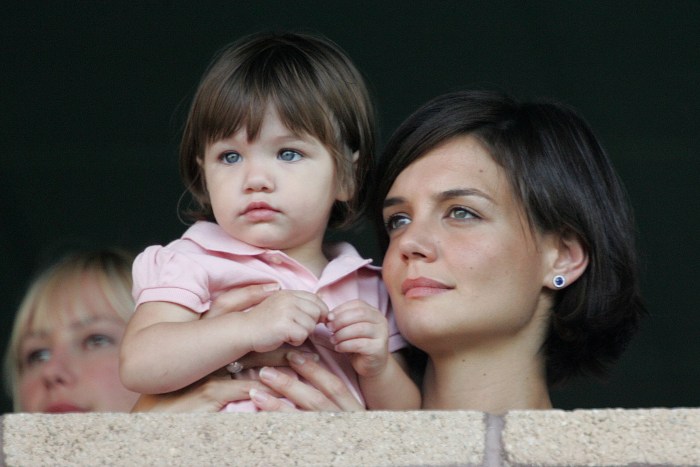