It's been 20 years since "Josie and the Pussycats" opened in theaters on April 11, 2001. Tara Reid, Rachael Leigh Cook and Rosario Dawson starred as the Riverdale-based rock band in the criminally underrated musical comedy, which bombed at the box office but developed a loyal cult following over the years. In honor of its big anniversary, Wonderwall.com is taking a look back at the stars and how they've changed over the course of the past two decades. Keep reading to catch up with The Pussycats and their co-stars…

Rachael Leigh Cook has worked consistently in film and on television since she starred in "Josie and the Pussycats." Most notably, she had stints on "Las Vegas" and "Psych" before headlining "Perception" from 2012 to 2015. In recent years, she's appeared mainly in smaller films and in made-for-TV movies. Up next, she'll reportedly appear in "He's All That," the gender-swapped remake of her biggest hit: 1999's "She's All That." The actress married her boyfriend of several years, actor Daniel Gillies, in 2004. They welcomed a daughter in 2013 and a son in 2015. But it wasn't meant to be: They called it quits in 2020.

RELATED: 32 rock stars when they were young

After "Josie and the Pussycats," Tara Reid starred in two more installments in the "American Pie" franchise, plus all six installments in the "Sharknado" franchise. She also had a lengthy stint on "Scrubs" and headlined the 2005 E! reality show "Taradise," which led to stints on other reality shows like "Celebrity Big Brother" and "Marriage Boot Camp: Reality Stars." On the latter, she and pal Dean May faked a relationship to score a payday. It wasn't the first time Tara's love life made headlines. The actress — who's often found her personal life overshadowing her career over the years — was engaged to Carson Daly when "Josie and the Pussycats" debuted. She and the "Total Request Live" host — who played a villainous version of himself in the flick — split just a few months later. She also reportedly had flings with Devon Sawa, Fred Durst, Tom Brady and many other hot guys of the aughts. Because of her reputation as a party girl (there were also stints in rehab and botched plastic surgery experiences), she's appeared primarily in B-movies in recent years.

"Josie and the Pussycats" was just the beginning for Rosario Dawson, who went on to star in "Men in Black II," "Alexander," "Sin City," "Rent," "Eagle Eye," "Seven Pounds," "Percy Jackson & the Olympians: The Lightning Thief," "Unstoppable," "Zombieland: Double Tap" and many, many more major movies. She also portrayed Claire Temple on five of Marvel's Netflix shows, had a lengthy stint on "Jane the Virgin," headlined the stylish murder-mystery miniseries "Briarpatch" and portrayed Ahsoka Tano on "The Mandalorian." (She's set to star on the upcoming spinoff "Ahsoka.") But that's not all! In recent years, her work as an activist has been just as important as her work as an actress. That's how she met her current beau, New Jersey Senator Cory Booker. (She previously romanced comedian Eric Andre, her "Trance" director Danny Boyle, "Sex and the City" heartthrob Jason Lewis, Joshua Jackson and more of Hollywood's hottest men.) In 2014, Rosario became a mother when she adopted daughter Lola, who was 11 at the time.

Two years after she starred in "Josie and the Pussycats," Parker Posey scored her first Golden Globe nomination for her performance in the made-for-TV movie "Hell on Heels: The Battle of Mary Kay." She also appeared in "The Sweetest Thing," "Blade: Trinity" and "Superman Returns" and had stints on "Boston Legal," "The Big C," "The Good Wife," "Louie," "Search Party" and more. She currently stars on Netflix's "Lost in Space" remake, which will enter its third and final season in 2021. In the early aughts, Parker dated musician Ryan Adams for a couple years. Aside from that, though, she's managed to keep her love life mostly under wraps.

After "Josie and the Pussycats," Alan Cumming starred in "X2," two more installments in the "Spy Kids" franchise, "Burlesque," "Battle of the Sexes" and more. He also had a stint on "The L Word," voiced Gutsy Smurf in two installments in the "Smurfs" franchise, starred on the short-lived drama "Instinct" and reunited with "Josie" co-star Rosario Dawson on the miniseries "Briarpatch." Most importantly, he starred as Eli Gold on "The Good Wife" from 2010 to 2016. He scored three Emmy nominations and two Golden Globe nominations for his performance. On top of all that, Alan is an extremely accomplished theater actor. In 2014, he headlined the Broadway revival of "Cabaret." (He won a Tony Award for his work in the musical back in 1998.) When "Josie" debuted, Alan was in the midst of a long-term relationship with British theater director Nick Philippou. After they split, he fell for illustrator Grant Shaffer. They entered a civil partnership in 2007, officially married in 2012 and have been together ever since.

Gabriel Mann went on to star in two installments in the "Bourne" franchise, "The Life of David Gale," "A Lot Like Love" and more. He also starred on "Revenge" from 2011 to 2015 and had stints on "Mad Men," "Ray Donovan" and "The Blacklist." Most recently, he had a five-episode run on the first season of "Batwoman." Gabriel has managed to keep his personal life completely under wraps over the years.

Paulo Costanzo starred as Alexander Cabot, The Pussycats' ineffective pre-fame manager during their start in Riverdale.

A year after Paulo Costanzo made his feature film debut in 2000's "Road Trip," he appeared in "Josie and the Pussycats." He then starred in several more films – most notably, 2002's "40 Days and 40 Nights." He found the most success on television, though. After starring as Michael Tribbiani on "Joey," he starred on "Royal Pains" from 2009 to 2016. He also had stints on "The Expanse," "The Night Of" and "Designated Survivor." Most recently, Paulo popped up on episodes of "FBI" and "Upload." He's managed to keep his personal life under wraps over the years.

Missi Pyle went on to star in "Bringing Down the House," "Big Fish," "Along Came Polly," "Dodgeball," "Charlie and the Chocolate Factory," "Harold & Kumar Escape from Guantanamo Bay," "The Artist," "Gone Girl," "Captain Fantastic," "Jumanji: Welcome to the Jungle" and more. She also had stints on "Heroes," "Boston Legal," "The Mentalist," "Hot in Cleveland," "Two and a Half Men" and "Mom." More recently, the hardworking actress starred on the second season of "Dirty John" and popped up on an episode of "Mr. Mayor." Missi was reportedly married to Antonio Sacre from 2000 to 2005 and to filmmaker and wildlife naturalist Casey Anderson from 2008 to 2013. She has a daughter, Zooey, with long-term partner Josh Ross. 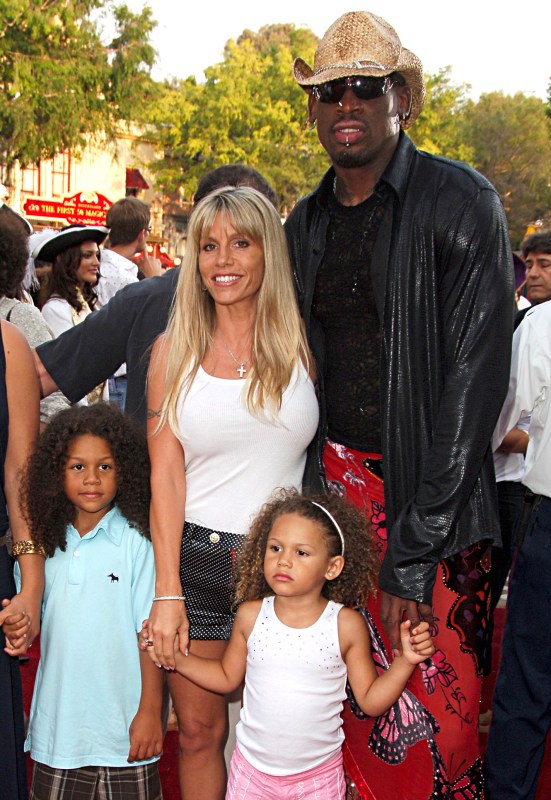