Shout it with us: "Kelly Clarkson!" On Aug. 19, 2020, "The 40-Year-Old Virgin" celebrates the 15th anniversary of its release. In honor of the milestone, Wonderwall.com is checking in to find out how the lives of the comedy's stars have changed. Keep reading for more…

RELATED: "Space Cowboys" cast: How their lives have changed

When "The 40-Year-Old Virgin" came out in August 2005, Steve Carell's latest venture — a little NBC television show called "The Office" — had been on the air for just a few months. Though Steve had been acting for more than a decade, the combination of the success of "The 40-Year-Old Virgin" and the rising buzz around "The Office" helped him become a household name in 2005. Steve remained on "The Office" as Michael Scott — and even earned a Golden Globe for the performance in 2006 — until 2013. During his run on the show, he also found time to star in comedies like 2007's "Evan Almighty" and 2011's "Crazy, Stupid, Love." He also lent his voice to movies like 2008's "Horton Hears a Who!" and 2010's "Despicable Me." After retiring his World's Best Boss mug on "The Office," Steve transitioned to more dramatic films, starting with 2014's "Foxcatcher," which earned him his first Academy Award nomination for best actor, as well as BAFTA Award and Golden Globe nominations. His work in 2015's "The Big Short" and 2017's "Battle of the Sexes" continued his dramatic streak and scored Steve two more Golden Globe nominations. More recently, he wowed viewers on the small screen on Apple TV+'s "The Morning Show" alongside Reese Witherspoon and Jennifer Aniston in 2019. In 2020, his Netflix comedy "Space Force" debuted on Netflix. Steve has been married to actress Nancy Walls since 1995. They share two children: daughter Elisabeth Anne and son John.

RELATED: Comedic actors who shocked us with serious roles

Catherine Keener had an Academy Award nomination — for her work in 1999's "Being John Malkovich" — under her belt before signing on to "The 40-Year-Old Virgin." A month after the comedy's release, her film "Capote" was released. Her performance in that nabbed her her second best supporting actress Oscar nod. Catherine has worked steadily in a wide range of roles since 2005, notably appearing in the 2007 drama "Into the Wild," which earned her a SAG Award nomination for best female actor in a supporting role; the 2009 fantasy film "Where the Wild Things Are," which she also helped produce; and the 2017 drama "Get Out." Catherine also lent her voice to "The Croods" franchise in 2013 and 2020 and "Incredibles 2" in 2018. She split from Dermot Mulroney in 2005 after 15 years of marriage. They share an adult son, Clyde.

Paul Rudd played David, one of Andy's co-workers at Smart Tech who's dedicated to helping Andy on his quest to find love and consummate a relationship.

Paul Rudd was already a big name in Hollywood ahead of the release of "The 40-Year-Old Virgin," but his star only rose after it hit theaters. He appeared in more Judd Apatow comedies like 2007's "Knocked Up" and 2012's "This Is 40" and tried his hand at action flicks, starring as the titular superhero in 2015's "Ant-Man" before appearing in more films in the Marvel Cinematic Universe.  More recently, he produced and starred on "Living with Yourself" on Netflix, which earned him a best actor Golden Globe nomination in 2020. He's been married to former publicist Julie Yaeger, with whom he shares a son and a daughter, since 2003.

Another of Andy's pals, Jay, was played by Romany Malco.

Romany Malco followed up "The 40-Year-Old Virgin" with more comedies, taking on roles in funny flicks like "The Ex" in 2006, "Blades of Glory" in 2007, "Baby Mama" and "The Love Guru" in 2008 and the "Think Like a Man" franchise. He also had a role on the Showtime series "Weeds" as a series regular for the first three seasons from 2005 until 2008; he returned in 2012. More recently, Romany appeared in the Netflix Christmas flick "Holiday Rush." He's been starring on the ABC series "A Million Little Things" since 2018. He married Taryn Fakha — whom he met on the set of "The Love Guru" — in 2008.

Since playing Paula in "The 40-Year-Old Virgin," Jane Lynch has continued to have a successful career in both movies and TV. She most notably starred as Sue Sylvester on "Glee" from 2009 until 2015 — a performance that earned her a Primetime Emmy for outstanding supporting actress in a comedy series and a Golden Globe for best supporting actress. She also served as the host of "Hollywood Game Night" beginning in 2013 and tool home a Primetime Emmy for outstanding host in 2015 for her work on the show. She's also been in a slew of funny flicks like 2006's "Talladega Nights: The Ballad of Ricky Bobby," 2008's "Role Models" and 2012's "The Three Stooges." Her resume is also full of voice work in projects including "Ice Age: Dawn of the Dinosaurs" in 2009, "Shrek Forever After" in 2010, "Rio" in 2011 and "Wreck-It Ralph" and sequel "Ralph Breaks the Internet" in 2012 and 2018. She's also popped up on "The Marvelous Mrs. Maisel" — which earned her a Primetime Emmy for outstanding guest actress in a comedy series in 2019. Jane was married to Lara Embry, a clinical psychologist, from 2010 until 2014.

Elizabeth Banks took on the role of Beth, one of the women with whom Andy practices his flirting techniques at the bookstore.

After "The 40-Year-Old Virgin," Elizabeth Banks reprised her role as Betty Brant in "Spider-Man 3" in 2007. She had roles in films like "Role Models" in 2008, "What to Expect When You're Expecting" in 2012, "Magic Mike XXL" in 2015 and "Power Rangers" in 2017. She lent her voice to the character Lucy in the "Lego Movie" films and starred as Gail in the "Pitch Perfect" franchise — she also directed "Pitch Perfect 2." More recently, Elizabeth directed, wrote and appeared in 2019's "Charlie's Angels." The actress has been happily married to sportswriter and producer Max Handelman since 2003. They share two sons.

Leslie Mann often appears in husband Judd Apatow's films. The two have been married since 1997 and have two daughters — Iris and Maude — who've also appeared in a handful of their parents' films. Since "The 40-Year-Old Virgin," Leslie has also acted in 2007's "Knocked Up," 2009's "Funny People" and 2012's "This Is 40." She lent her voice to characters in animated movies like "Rio" in 2011, "ParaNorman" in 2012 and "Mr. Peabody & Sherman" and "Rio 2" in 2014. She's also appeared on episodes of shows like "Freaks and Geeks," "Modern Family" and "The Simpsons." More recently, she starred in 2019's "Motherless Brooklyn," a crime film directed by Edward Norton. 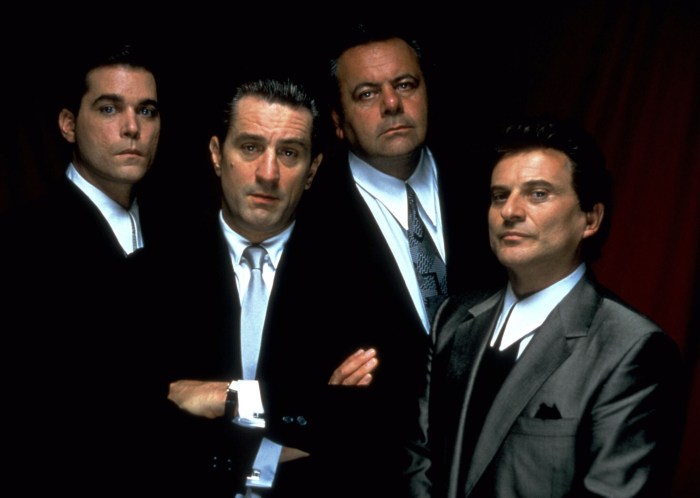