Talk about a "bump" in the news. More than a month after it was announced that she was expecting, Duchess Kate debuted her baby bump on Oct. 10. Kate, wearing a light blue lace Temperley dress, showed off her belly as she supported World Mental Health Day at an event at Buckingham Palace. Prince William and Kate have not announced their third child's due date, but most speculate that it is in March or April 2018. Stephen Fry, president of mental health charity Mind, said, "I do understand she's been having this problem more severely than many pregnant mothers and so we're very grateful [she's here]."

Ben Affleck was forced to apologize publicly on Oct. 11 for an incident that occurred 14 years ago. "One Tree Hill" star Hilarie Burton confirmed that Ben grabbed her breast in 2003 when she appeared on MTV's "Total Request Live." She tweeted that she "had to laugh back then so I wouldn't cry." After video of the incident surfaced, Ben tweeted, "I acted inappropriately toward Ms. Burton and I sincerely apologize." The incident resurfaced after Ben said that he was "sickened" after hearing about Harvey Weinstein's sexual misconduct (Harvey's old company produced Ben's "Good Will Hunting" breakthrough). On Oct. 11, another video, this one from 2004, surfaced showing Ben being inappropriate with a female reporter. In that video, he convinces the reporter to sit on his lap while he paws all over her. "They would like the show better if you did it topless, wouldn't they?" he asked her at one point. The reporter, though, has come out and defended Ben. "It has been blown out of proportion," Anne-Marie Losique said. "This was for the camera. You have to understand that we have done dozens and dozens of interviews like that. It was for a show I was producing, so I was not at all a victim. When the cameras rolled, we would start to do that game. As soon as it stopped rolling, there was none of that. He never touched me in any improper way. He was very respectful, I must say." On Oct. 11, former "Saturday Night Live" writer John Mulaney's makeup artist wife, Annamarie Tendler, accused Ben of groping her bottom at a 2014 Golden Globes party.

So, Robert Pattinson is back on the market? According to a new report this week, R-Patz and FKA Twigs have broken up after three years together. The duo got engaged in 2015. "Rob is tired of it, has called off their engagement, and told friends they have split," a source told The Sun. "With so much ­history between them, though, there are still strong feelings there. It's a difficult situation, but things have become tough between them for some time and they both know they were no longer working as a couple." Last month, Twigs was seen without her engagement ring on, which also prompted many to speculate that they had called it quits. Neither has commented on the report, nor does anyone expect them to.

A-list actresses came forward this week in the wake of an Oct. 6 exposé in The New York Times to blast studio executive Harvey Weinstein for sexual misconduct. Angelina Jolie, Gwyneth Paltrow, Ashley Judd, Heather Graham, Cara Delevingne and dozens more women said they were victims of unwanted advances or worse — both Rose McGowan and Asia Argento accused the mega-producer of rape. The Weinstein Company board fired him amid the scandal and Hillary Clinton, Meryl Streep, Judi Dench, Kate Winslet, Emma Thompson, Mira Sorvino, Rosanna Arquette and more stars — including men like George Clooney, Ryan Gosling, Mark Ruffalo and Ben Affleck (who was summarily called out himself for having groped actress Hilarie Burton's breast in 2003 on MTV's "TRL" — but more on that in a bit) — denounced Harvey and the Hollywood culture that allowed this to happen. Harvey essentially admitted to his behavior, saying, "I came of age in the '60s and '70s, when all the rules about behavior and workplaces were different. That was the culture then. I appreciate the way I've behaved with colleagues in the past has caused a lot of pain, and I sincerely apologize for it. Though I'm trying to do better, I know I have a long way to go." Harvey's attorneys later said the disgraced mogul, who's now in sex addiction rehab, considered the encounters to be consensual. On Oct. 11, his wife, Marchesa designer Georgina Chapman, announced she was leaving him.

Taking control of her health

Christina Applegate is a breast cancer survivor who just took drastic steps to continue to maintain her health. The actress told "Today" on Oct. 11 that she recently had her ovaries and fallopian tubes removed. "My cousin passed away from ovarian cancer in 2008," she said. "I could prevent that. That's how I've taken control of everything. It's a relief. That's one other thing off the table." She then joked, "Now, let's hope I don't get hit by a bus."

Nelly's girlfriend, Shantel Jackson, is sticking by the rapper amid allegations that he raped another woman. Nelly has vehemently denied that the incident took place. The woman claims she was raped on Nelly's tour bus in Washington on Oct. 7 after meeting him at a nightclub. Nelly's lawyer said, "Nelly is the victim of a completely fabricated allegation. Our initial investigation clearly establishes the allegation is devoid of credibility and is motivated by greed and vindictiveness." He later said the woman is after "money, fame and notoriety."

Rachel Bilson's home was burglarized and thieves made off with about $50,000 in jewelry, handbags and shoes. TMZ reported on Oct. 9 that Rachel's Los Angeles home was ransacked after she left around 10 a.m. on Oct. 6. When she returned four hours later, she found a mess. The thieves, the report says, likely entered through an unlocked sliding-glass door. The "Nashville" actress joins a lengthy list of celebrities who have been burglarized this year.

In 2011, Jason Momoa made a joke about rape. This week, the joke resurfaced and came back to haunt him. The actor was on a Comic-Con panel for "Game of Thrones," on which he portrayed Khal Drogo, when he was asked what he loves about fantasy shows. "As far as sci-fi and fantasy, the genre, there's so many things you can do [with it]," he said. "Rip someone's tongue out of their throat and get away with it, rape beautiful women." Clearly, this was meant as a joke — and the crowd laughed loudly in response. But the cast and crew of "Game of Thrones" grimaced and put their heads down and covered their faces. Jason, trying to keep it light, said "next question" and covered his face with his jacket. Considering Hollywood is under the microscope thanks to the Harvey Weinstein scandal, the joke isn't sitting well with many, even though it was made six years ago. Jason soon apologized in a lengthy Instagram post that read, in part, "I am still severely disappointed in myself at the insensitivity of my remarks that day. I know my sincerest apology now won't take away those hurtful words."

It's only a matter of time until Prince Harry and Meghan Markle announce an engagement, according to an Oct. 11 Us Weekly report. In fact, Us spoke to multiple sources who think that the affable royal has already quietly proposed to the actress, and that she said yes. An announcement, one source speculated, is likely to come next month after Meghan wraps up shooting her final season on "Suits." A Harry source told Us that he always planned to share the news only with parents at first "so he could enjoy it before word spread."

Natasha Bedingfield's future is now starting to be written. The "Unwritten" singer announced on Instagram on Oct. 11 that she and husband Matthew Robinson are expecting their first child. "Matt and I are thrilled to share with you all that we are bringing a new little life into the world!" she captioned an image of herself and Matt cradling her bump. "We can't wait to embark on this amazing journey together." She told The Sun, "Becoming a mum is ­something I've always dreamed of but for a long time I felt it was way off in the distance. Now the bump is starting to really show, it's sinking in that this is really happening." 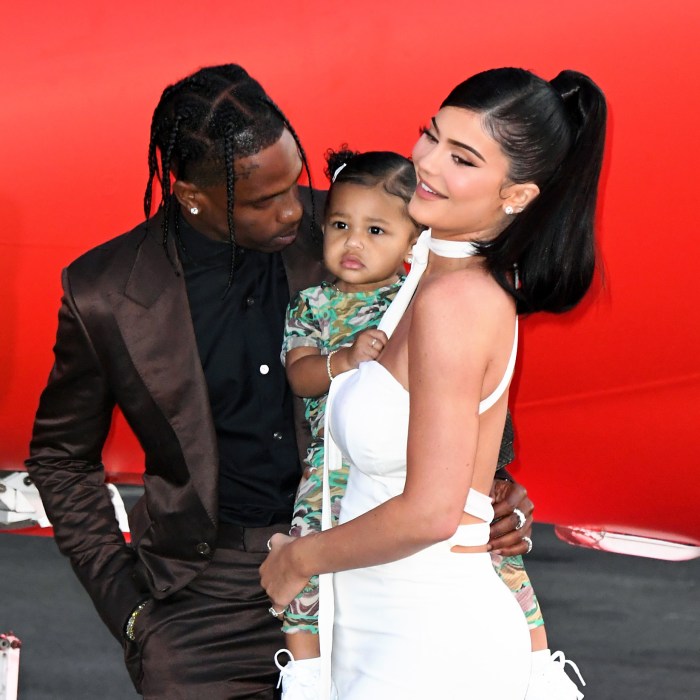 Up Next B-Day Love