Just because they saved the world doesn't mean they can't do it in style! The Scoobies are known for the savvy ways they've keep Sunnydale safe — and they always managed to do it while remaining completely on-trend. Wonderwall.com is taking a look back at some of our favorite fashion moments from "Buffy the Vampire Slayer"… starting with this iconic look from the slayer herself! In the series opener "Welcome to the Hellmouth," Buffy comes face to face with Luke, a vicious vamp sent to fetch young blood for the Master. It was her first major showdown since moving to Sunnydale, and her outfit did not disappoint — the light blue, long-sleeved shirt over a white tank top was both fashionable and functional. From her clothes to her effortless updo, Buffy proved it was possible to look cute while fighting the bad guys. Keep reading for more memorable "Buffy" looks…

Alright, hear us out: While this isn't necessarily among the most fashionable looks from the series, it's certainly a memorable one! In season three's "Doppelgangland," a frustrated Willow decides to help Anya with a spell that'll supposedly restore her vengeance demon powers. But when the conjuring goes wrong, they unknowingly summon Vampire Willow from an alternate reality where Sunnydale is overrun by vampires. After realizing her mistake, Willow devises a plan with the rest of the gang that involves swapping outfits with Vampire Willow to send her back to her own dimension. The fluffy sweater with cutesy embellishments, the floral miniskirt and those pink tights lend to Willow's sweet and childlike image, one that she comes to loath in this episode.

There's something pretty empowering about seeing Buffy kick some serious butt in a sweatshirt and sweatpants. In the season three opener, Buffy has run away to Los Angeles where she's working as a waitress at a seedy diner. She goes by her middle name, Anne, in an effort to conceal her identity and isolates herself from everyone else back home. As Anne, Buffy swaps fun colors and playful silhouettes for muted tones and loose-fitting clothing. At this point in her life, her outfits are indicative of her desire to go unnoticed — to blend in rather than stand out.

This is a childhood friendship we love! Willow and Xander have been through their fair share of ups and downs, but their friendship has stood the test of time (and almost-apocalypses). Here, they're both wearing striped sweaters and jeans — a truly quintessential '90s look. The pops of color on Willow's sweater, coupled with her chunky silver belt buckle really complete this cool-girl look. Also, Xander's sweater gives us serious Eric Matthews à la "Boy Meets World" vibes.

In season two's "Reptile Boy" episode, Buffy and Cordelia attend a frat party and are nearly eaten by Machida, a gigantic snake-like creature the fraternity worships. While the circumstances were less than ideal, these unlikely allies still looked cute in their party attire — Buffy's spaghetti-strap LBD and Cordy's satin minidress were staples in every '90s girl's closet.

It's the age-old question for every Buffy fan out there — were you Team Bangel or Team Spuffy? The black leather jacket was a slayer staple (i.e. Kendra and Faith) that Buffy often paired with girlier pieces, like this dainty white top.

Cordelia's always been known for her stellar outfits, and this one is no exception. In season three's "The Wish" episode, Cordelia sported one of her best looks — a baby blue satin minidress with a crocheted sweater over top. She did monochromatic before it was even trendy!

Bunnies, bunnies, it must be bunnies! In addition to going off about her deep aversion to those particular mammals, Anya debuted this adorable look in the season 6 musical episode "Once More With Feeling." The bandana top and T-shirt hybrid, the bedazzled butterfly, the satin midi-length skirt… these wardrobe elements were 2000s essentials!

A popular staple in every '90s girl's wardrobe? A good ol' cardigan. In season 2's "Surprise" episode, the Scoobies plan a surprise birthday party for Buffy. Spike and his army of vamps, however, have different plans for the slayer — they've been collecting the scattered pieces of a demon judge in hopes of reawakening and ordering him to kill her. For her 17th birthday, Buffy wore a matching cream tank top and cardigan with black patterned pants.

Season 3 episodes "The Wish" and "Doppelgangland" are great, not just because they're exceptionally written but because they allow us to look at the characters through a different lens. Vampire Willow is a perfect example of this — she wears a sleek, sexy leather bodysuit that human Willow wouldn't dare put on. Like Buffy's iconic "Prophecy Girl" get-up, this is among the most memorable looks from the series.

Remember when Spike terrorizing Buffy was a regular occurrence? From the black crochet sweater to the checkered pants, Buffy looked like the ultimate '90s chick in this outfit. It was girly-meets-grunge, and it definitely worked.

In season 1's "Out of Mind, Out of Sight" episode, Buffy fights an invisible entity that terrorizes students at Sunnydale High. She still managed to look slayer-cute in this structured light blue top and matching choker while doing everything in her power to protect Cordelia.

While she might not be a favorite among fans, she sure looks cute in argyle! Dawn Summers — Buffy's younger sister who first appeared in season 5 — sported a variety of looks during her time on the show, but this is one of our favorites. From her diamond-patterned sweater and shoulder bag to her loose curls and clear lip gloss, Dawny looked adorable.

The leopard-print tote! The brightly printed tee! The lace top! Was it really the '90s if you didn't wear clashing prints that all somehow worked together? Leave it to Buffy to make an otherwise peculiar ensemble look iconic.

While Buffy's jeans are certainly worth a double take, it's Dawn's look that steals the show. There's no other ensemble we can think of that better encapsulates the spirit of 2002 — velour track jacket, bedazzled tank top, incredibly low-rise denim — the younger Summers sister looks fresh out of a '00s Delia's catalog!

Their styles couldn't be more different, but we love them both so much. In season 2's "Becoming (Part 1)" episode, Willow opted for a cutesy, layered lilac look, while vampire slayer Kendra kept things casual in an army green tank top.

In season 6's "Gone" episode, Buffy debuts shorter hair. Disgusted by Spike having called her "Goldilocks," she chops off her hair in a fit of rage then goes to a salon to get it properly cut. To match her fresh 'do, Buffy wore an olive green suede coat and accessorized with a black shoulder bag. We give you the new, more mature-looking Buffy Summers!

We'd be remiss to not include this look — otherwise known as the 2000s tween starter pack: a Hawaiian floral-print tank top, a matching cardigan and some beach-inspired chokers. While Dawn Summers as a character might not be beloved among Buffy diehards, her sense of style was pretty great. 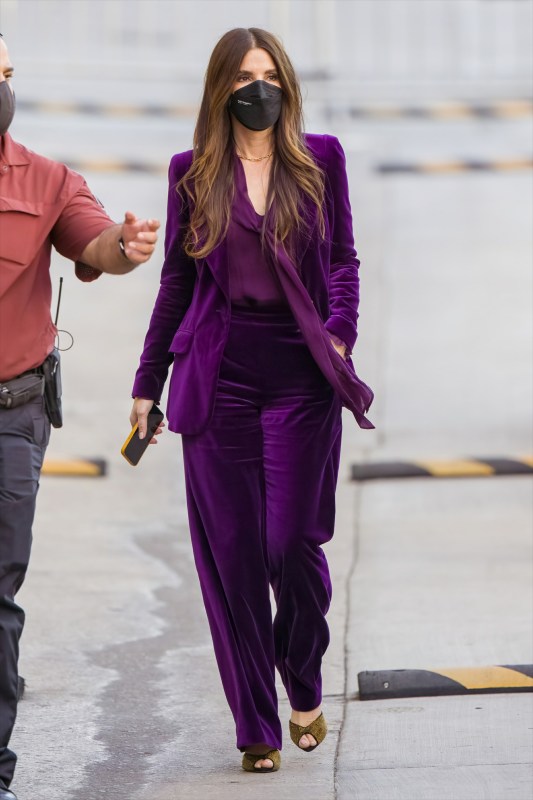 The two surprising people Queen Elizabeth II speaks to most on the phone, more news

The most extravagant things about Paris Hilton's wedding, plus more proof stars are nothing like us