Bravo has blessed us with the "Real Housewives" franchise for over a decade now — with some original cast members airing their dirty laundry on television since the franchise started in 2006 with "The Real Housewives of Orange County." In honor of the self-anointed O.G. of the OC Vicki Gunvalson celebrating her 58th birthday on March 27, 2020, Wonderwall.com is taking a look at how she and some of the other iconic Bravo women have changed since their start on the drama-filled franchise…

RELATED: Former "Real Housewives": where are they now

Vicki Gunvalson's struggle to save her marriage to Donn Gunvalson became a big storyline on "The Real Housewives of Orange County." She ultimately filed for divorce in 2010, but didn't actually settle the messy monetary terms until 2014. In the meantime, Vicki started dating Brooks Ayers, a man much disliked by the majority of the other cast members — especially Vicki's daughter Briana Culberson. After being accused of faking cancer on the 10th season, Brooks ended their on-off four-year relationship in August 2015. She has since found love with Steve Lodge, a retired police officer. The two started dating in 2016 and Steve popped the question in April 2019. Most recently, Vicki found herself demoted to "friend of" instead of a main cast member in Season 14, so fans weren't shocked when the O.G. of the OC announced in January 2020 that she'd be leaving the original "Housewives" franchise. "I will always be the OG of the OC, but it's time to say goodbye to The Real Housewives of Orange County. It's been an incredible ride for 14 years and I want thank all of you for your support, for your love and for 'whooping it up' with me along the way," Vicki wrote on her Instagram.

Tamra Judge wasn't a true O.G. cast member, but she did join "The Real Housewives of Orange County" early on in Season 3 in 2008. Way back then, she was still married to Simon Barney and was a stay-at-home mom to their three children as well as son Ryan Vieth from a previous relationship.

Tamra Judge's failing marriage also became a big storyline on "The Real Housewives of Orange County" and culminated with Simon Barney filing for divorce in 2010. Though she's been happily re-married to Eddie Judge since 2013, she also battled a bitter custody battle with her ex. Fans also saw Tamra became a grandma in February 2015 when her son Ryan Vieth welcomed a daughter with his then-fiancée Sarah Rodriguez. And after years of fighting and making up with cast member Vicki Gunvalson, the two seemingly reconciled on the recent 10th season. The reality staples invited Shannon Beador (a newcomer at Season 9) into their fold to form the "tres amigas" in recent seasons, but it appears Shannon will be the only amiga left come season 15. Tamra announced a day after Vicki's departure news in January 2020 that she, too, will be leaving the franchise.

Bethenny Frankel was one of the only unmarried ladies on the first season of "The Real Housewives of New York City" back in 2008. But that soon changed…

Bethenny Frankel met Jason Hoppy while on "The Real Housewives of New York City," but she left the show in 2010 for her own Bravo spin-offs chronicling her road to the altar: "Bethenny Getting Married?" and "Bethenny Ever After." She welcomed daughter Bryn the same year, found huge success with the sale of her Skinnygirl brand in 2011 and split from Jason in 2013. The divorce was followed by a long custody battle during which she landed the short-lived "Bethenny" talk show. After all of that, she decided to return to her "Real Housewives" roots for the show's seventh season in 2015. She continued on the show through Season 11, which touched on the tragic news of her on-again, off-again beau, Dennis Shields death in 2018. Despite being a fan favorite, Bethenny announced in August 2019 that she wouldn't be returning for Season 12.

Another "Real Housewives" O.G.? Ramona Singer, who started on the first season of "The Real Housewives of New York City" and has stuck with the show ever since! When she started the series, she was married to husband Mario Singer and living in the city with their daughter Avery.

Ramona Singer ended her 22-year marriage to Mario Singer in August 2014 after he was caught up in a cheating scandal. Her daughter Avery Singer is now all grown up and graduated from the University of Virginia in 2017. And Ramona herself has followed in the footsteps of her fellow housewives and launched numerous products — including the Tru Renewal skincare line, True Faith jewelry collection and Ramona pinot grigio. During 2019's Season 11 she embraced her single life, dating around and embracing her solo status.

When LuAnn de Lesseps started out on the first season of "The Real Housewives of New York City" in 2008, she was a real-life countess married to French entrepreneur Alexandre de Lesseps with two kids: Victoria de Lesseps and Noel de Lesseps. But, my how things have changed since then…

LuAnn de Lesseps' divorce from Alexandre de Lesseps in 2009 was a major plot line on "The Real Housewives of New York City" — just like her next relationship with Jaques Azoulay, which played out on the show and ended after three years in 2013. Since then her love life has been rocky, as the show chronicled her quickie wedding to Tom D'Agostino in December 2016, which ultimately ended by the following August. She's also had some legal battles, beginning with an arrest in December 2017 after being drunk and disorderly and allegedly attacking a cop. Despite some hard times, the star has managed to embrace her creative side during her years on Bravo: She's released four songs, most recently the catchy tune, "Feelin' Jovani," in 2019, and is the author of the 2010 book "Class with the Countess: How to Live with Elegance and Flair." She's also been headlining her own cabaret show off and on since 2018.

Teresa Giudice started flipping tables on "The Real Housewives of New Jersey" during the first season in 2009 and memorably feuded with cast members like Danielle Staub and her own sister-in-law, Melissa Gorga.

Teresa Giudice has since made peace with her brother Joe Gorga and his wife Melissa Gorga, who helped care for her four daughters while she served 15 months for fraud at the Federal Correctional Institution in Danbury, Connecticut. Her husband Joe Giudice started his 41-month sentence in March 2016, and has since been relocated to Italy while fighting his deportation case in court. The couple announced they'd be parting ways in December 2019 after much speculation. The most recent season of the show saw her navigating the time before the split as she cared for their four children during Joe's incarceration. Aside from starring on the popular Bravo series for over a decade, Teresa has co-authored three cookbooks and written two memoirs — the first about her time in prison, "Turning the Tables: From Housewife to Inmate and Back Again" in 2016 and "Standing Strong" in 2017.

Lisa Vanderpump and her adorable pooch Giggy started out on the first season of "The Real Housewives of Beverly Hills" in 2010. She focused on running her Los Angeles restaurants since her daughter Pandora Sabo and her adopted son Max Vanderpump-Todd were all grown up.

Lisa Vanderpump (seen here with another one of her beloved pooches, Puffy) has been happily married to her hubby Ken Todd for more than 30 years. Viewers even watched her daughter Pandora Sabo get married on "The Real Housewives of Beverly Hills" in 2011. And in 2013, Lisa got her own spin-off show called "Vanderpump Rules," which focuses on the wait staff at her West Hollywood, California, restaurant SUR and has turned into a phenomenon on its own, currently in its eighth season. Unfortunately, these days "Vanderpump Rules" is the only place to catch Lisa Vanderpump. She announced she'd be leaving "The Real Housewives of Beverly Hills" back in November 2018, after the show's ninth season ran in 2019.

Paris Hilton's aunt Kyle Richards is an O.G. cast member of "The Real Housewives of Beverly Hills" — she's been on the show since Season 1.

While Kyle Richards' husband Maurico Umansky dominated the real estate world at The Agency during their stint on reality TV, Kyle launched a clothing store called Kyle, by Alene Too. Though she's since cut ties, the reality star has still been involved in plenty of drama. On the most recent season of "The Real Housewives of Beverly Hills" the end of her relationship with former best friend Lisa Vanderpump took center stage, as the two argued about a leaked tabloid story. Previous seasons have documented her rocky relationship with her sister Kim Richards and Kim's wavering sobriety, and dealing with her daughters growing up and going off to college.

NeNe Leakes started out as an O.G. cast member of "The Real Housewives of Atlanta" during the first season in 2008.

NeNe Leakes stuck around for the first seven seasons of "The Real Housewives of Atlanta," before being demoted as a guest for Season 8. After that she left the show for a season, returning for Season 10 and continued starring on the most recently Season 12. It's not just her TV status that's been off and on, she's also gone through a few ups and downs with her husband Gregg Leakes: they divorced in 2010, but reconciled and remarried in 2013. That landed her a spinoff at the time chronicling her wedding called "I Dream of NeNe: The Wedding."

Kandi Burruss joined "The Real Housewives of Atlanta" for Season 2 in 2009 while she was engaged to A.J. Jewell. The former Xscape group member, music producer and sex-toy company owner was focused on raising her daughter Riley Burruss at the time.

Sadly, Kandi Burruss' fiance passed away in 2009 after getting into a physical fight. But her next romance, with Todd Tucker, became a huge story line on "The Real Housewives of Atlanta" when her opinionated mother Mama Joyce didn't approve of him. Still, the couple got married in April 2014 and in July 2015 announced that they were expecting their first baby together. Kandi welcomed son Ace in January 2016, and they recently welcomed a daughter, Blaze, via surrogate in November 2019. While Kandi's still active on "RHOA," she's also had multiple spin-off shows on Bravo: "The Kandi Factory," "Kandi's Wedding," "Kandi's Ski Trip," "Just Kickin' It" with the women of Xscape, and is reportedly working on another spinoff about her restaurant, Old Lady Gang. 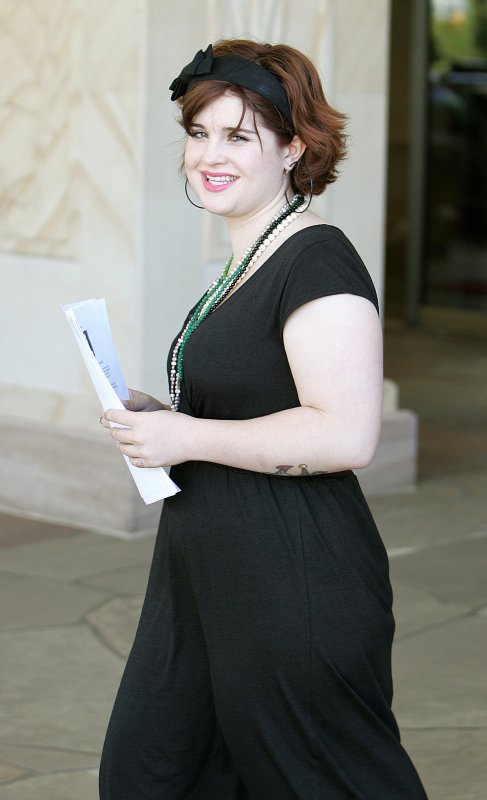