Oh, what a difference wardrobe and grooming can make! We can hardly recognize the stars of "Game of Thrones" when they're not dressed up as their Seven Kingdoms-inhabiting alter egos. In honor of the HBO series returning for its eighth and final season on April 14, 2019, Wonderwall.com is revealing what the cast looks like in real life, starting with Emilia Clarke, who portrays Daenerys Targaryen.

RELATED: How the "Game of Thrones" cast's lives have changed

Khaleesi, is that you? Emilia Clarke looks like a different person without her signature white-blonde mane — which just so happens to be a wig. "It takes two-and-a-half hours every day [to apply]," she once told The Nation of her "Game of Thrones" hairdo.

RELATED: The real-life romantic lives of the "Game of Thrones" cast

Kit Harington stars as Jon Snow — the king in the North and former brother of the Night's Watch who's wrongly believed to be Eddard Stark's bastard son — on "Game of Thrones."

RELATED: Royal residences: A guide to the British monarchy's homes

Kit Harington is just as handsome in real life as he is dressed up in Jon Snow's winter gear. Just check him out in this dapper suit sans all that fur! After wrapping the show, he cut off his trademark Jon Snow curls.

Lena Headey portrays Cersei Lannister, the fair-haired Queen of the Andals and the First men, on "Game of Thrones."

We bow down to the queen's real-life look: Not only is Lena Headey a brunette, but she's also covered in tattoos!

Conleth Hill stars as manipulative Lord Varys, a eunuch and former Master of Whisperers on the King's Small Council, on "Game of Thrones."

Nikolaj Coster-Waldau is just as good-looking as his "Game of Thrones" alter ego, but we bet you've never seen Jaime Lannister look this sweet and unassuming.

Gwendoline Christie stars as knight Brienne of Tarth on "Game of Thrones."

Gwendoline Christie's "Game of Thrones" character might shun traditional women's clothing, but in real life, the British model-actress is as feminine as they come.

Peter Dinklage stars as the crafty and cunning Tyrion Lannister on "Game of Thrones."

Peter Dinklage has much darker hair than his "Game of Thrones" alter ego, whose face was scarred during the Battle of the Blackwater. He also often sports facial hair in real life!

Unlike her "Game of Thrones" alter ego, there will be no mistaking Maisie Williams for a boy! The pretty young star knows how to work it on red carpets and experiment with her style.

Rory McCann stars as Sandor Clegane aka The Hound, a onetime retainer to House Lannister who is one of the most dangerous and skilled fighters in Westeros, on "Game of Thrones."

Look at that smile and flawless skin! In real life, Rory McCann looks nothing like his brooding and fire-scarred "Game of Thrones" character.

Sophie Turner is a natural blonde, so when she's not playing Sansa, she's usually sporting lighter locks. The young star is also turning into quite the Hollywood fashionista!

Jack Gleeson starred as King Joffrey Baratheon, the sadistic and cruel son of Cersei and Jaime Lannister who met a gruesome death, on "Game of Thrones."

Jack Gleeson might have been a cruel psychopath on "Game on Thrones," but in real life, he's as sweet as can be. Check out that welcoming smile and shaggy brown hair!

Carice van Houten portrays the Red Woman, Melisandre, a priestess of R'hllor and onetime adviser to Stannis Baratheon, on "Game of Thrones."

We barely recognize Carice Van Houten when she's not clothed entirely in red. "It's beautiful," the Dutch brunette told "Access Hollywood" of her "Game of Thrones" wig. "It brings so much to the character. It's beautiful and I really dig it."

Alfie Allen plays tortured Theon Greyjoy, the only living son and heir of Lord Balon Greyjoy of the Iron Islands, on "Game of Thrones."

Aww, look at Alfie Allen! With his blonde hair, big blue eyes and kind demeanor, the English actor looks nothing like his miserable "Game of Thrones" alter ego.

In real life, Nathalie Emmanuel gives Khaleesi a run for her money in the sexy department! The "Furious 7" actress prefers a much more glam look than her alter ego — and frequently rocks a septum piercing.

John Bradley plays Samwell Tarly on "Game of Thrones." The former steward in the Night's Watch, who was Jon Snow's best friend, leaves to train as a Maester. Even though Sam is not all that brave, he makes up for it with his fierce intelligence.

John Bradley might have kept his "Game of Thrones" character's facial hair in real life, but he looks like an entirely different man than Sam when he's wearing a tailored suit!

On "Game of Thrones," Hannah Murray plays Gilly, one of Craster's many daughters. Hannah successfully saves her son from the White Walkers with the help of Sam Tarly, and the two strike up a sweet relationship.

Jerome Flynn (left) stars as Bronn, a skilled and dangerous sellsword and knight who is Jaime Lannister's close friend and Tyrion Lannister's former bodyguard, on "Game of Thrones."

Jerome Flynn might be a filthy brunette on "Game of Thrones" but in real life, he has golden blonde hair — just like the Lannisters.

Look at this sophisticated ensemble! In real life, Joe Dempsie looks much cleaner and sharper than he does on the HBO show.

Natalie Dormer portrayed the beautiful and ambitious Margaery Tyrell, who wed Tommen, the young king of Westeros, on "Game of Thrones."

Natalie Dormer's hair is actually much lighter than Margaery Tyrell's on "Game of Thrones" — and much shorter! Though the English actress is just as beautiful. 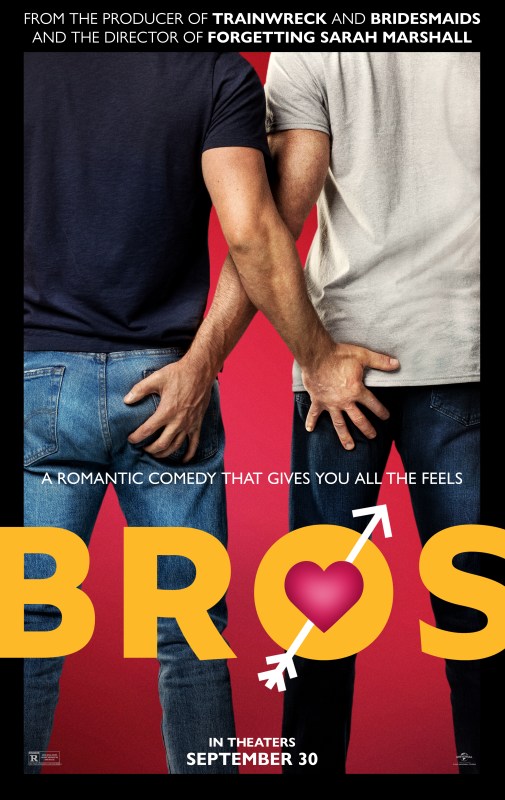 Up Next Big LGBTQ Moments