When it comes to celebrities, it can be hard to keep track of who everyone has dated over the years. We remember their first loves, their long marriages and their most high-profile breakups — but in between those are the forgotten romances. Wonderwall.com is taking a look back at some of Hollywood's most surprising couplings that you might have forgotten about, starting with this one: Before Sandra Bullock's well-documented divorce from Jesse James, she had some "Crazy, Stupid, Love" with an actor who was so much younger than her that friend Hugh Grant used to call him "the child." Can you guess the guy?

Lucy Liu was never serious with this A-list actor, but from Christmas to New Year's in 2005, the two were reportedly inseparable. Who's the handsome fellow?

It's George Clooney, who reportedly briefly dated Lucy Liu in late 2002. He famously ditched his bachelor status when he wed human rights lawyer Amal Alamuddin in 2014.

Renee Zellweger famously dated Jim Carrey and Bradley Cooper, had a four-month marriage to Kenny Chesney and was even linked to John Stamos at one time. But on the set of "Cold Mountain," she chose to keep warm with this popular rock star. Who is he?

It's Jack White, formerly of the indie rock band the White Stripes, who had Renee Zellweger at hello.

After January Jones moved to Los Angeles, she hooked up with a Hollywood star who told her that she'd never make it as an actress. It's safe to say that he's not the father of the "Mad Men" star's child, but do you know who her critical old boyfriend is?

It's Ashton Kutcher, who himself went from model to actor but didn't think his then-girlfriend could pull off the same transition. January Jones went on to score an Emmy nomination and two Golden Globe nods for her work as Betty Draper on "Mad Men."

Paula Abdul was a "Straight Up" pop superstar before she reinvented herself as a judge on "American Idol," and that kind of fame is rumored to be what ended her relationship with this formerly mullet-ed TV star. So who was the dude?

It's John Stamos, whose "Full House" fame wasn't quite on par with Paula Abdul's pop star status at the time.

Before husbands Chris Martin and Brad Falchuk, and after high-profile loves Brad Pitt and Ben Affleck, Gwyneth Paltrow briefly dated this actor after the two met on the set of "The Royal Tenenbaums." Who was the extra-special co-star?

It's Luke Wilson! Sparks flew when Luke and Gwyneth Paltrow co-starred together in 2001 but their love was short-lived. The couple broke up a year later right before Gwyneth met her future ex-husband, Coldplay frontman Chris Martin.

Cher might be most famously tied to her former husband, Sonny Bono, but the music icon also dated a future A-lister back in the 1980s. In fact, Cher told Andy Cohen that this actor was one of her "top five" lovers. Who could this mystery man be?

Natalie Portman had a baby and later married her "Black Swan" choreographer, but back in the day, she briefly dated a noted musician who claimed that all hell broke loose in nerd land when he hooked up with her. Do you know who this bespectacled man is?

It's Moby, who had to fight off the wrath of "Star Wars" geeks everywhere after they learned he'd dated Padmé Amidala aka Natalie Portman.

Robin Givens had an infamously tumultuous relationship with boxer Mike Tyson, who nearly pounded in the pretty face of this actor when he showed up at her house. Who was her future A-List star boyfriend?

It's Brad Pitt, who went on to famously wed and divorce Jennifer Aniston and Angelia Jolie.

Everyone knows Britney Spears was once half of a pop power couple with Justin Timberlake. But in 2003, just before she wed Kevin Federline, Britney linked up with a foreign-born actor who had a reputation for being quite lucky with the ladies. Can you remember who it was?

Demi Moore was married to Bruce Willis for over a decade and later married and divorced Ashton Kutcher. But in 2002, she had a summer fling with this rock star, who Bruce allegedly wanted to take "under the bridge" and beat up. Who was the lucky guy?

It's Anthony Kiedis, who Bruce Willis reportedly thought would be a bad influence on his and Demi Moore's children.

Long before she wed David Arquette or romanced current love Johnny McDaid, Courteney Cox spent six years dating this Oscar-nominated actor. The two thespians would reportedly run lines together and read over each other's scripts back in the '90s. Who is her ex-love?

It's Michael Keaton! For a long time, the "Batman" and "Birdman" actor was inseparable from Courteney Cox, who later called the romance "the most important relationship I've ever had." Aww!

Liv Tyler was only 18 when she began dating this fellow actor. Their young love was filled with romance but eventually, the spark fizzled. Despite their breakup, Liv has said that she still considers this Academy Award nominee to be "family." Who is it?

Joaquin Phoenix! Liv Tyler and the "Walk the Line" star are as amicable as exes can be, according to Liv. "I'm friends with all my exes! I love them so much! I guess it depends on what happens, right? I consider Joaquin and all of his sisters to be like family," she told ELLE. "We were so young when we were together, like 18 to 21. He was my first love. So he's a huge part of even my sense of humor."

Hilary Duff is all about the mom life these days after welcoming her second child, a girl, in 2018 with musician-producer boyfriend Matthew Koma (she also has a son with hockey-star ex-husband Mike Comrie). But back when she was a child star, she had a one-and-done would-be romance with a fellow kid actor who said they once had the "worst date ever." Who was this not-so-chivalrous dude?

It's former Disney star Shia LaBeouf. The "American Honey" actor went on to date Carey Mulligan and score some on-set "Transformers" love from Megan Fox before marrying and divorcing Mia Goth then moving on with FKA Twigs.

Tyra Banks was a young model getting her first big television break when she dated the princely star of a popular sitcom. He's more of an A-list king these days, and his kids are following in his all-star footsteps. So who had Tyra smizing back in the day?

It's Will Smith! The pair not only dated IRL, but their characters also dated on "The Fresh Prince of Bel-Air."

Kristen Bell might be married to Dax Shepard now, but back in college, the "Forgetting Sarah Marshall" star had a gleeful young actor who couldn't keep his jazz hands off her. Who is the now-famous fellow?

It's former "Glee" star Matthew Morrison, who swept a young Kristen Bell off her feet during their college years.

Way back in the '80s, Drew Barrymore and a fellow child star went on a disastrous date together — the mystery guy said he didn't leave the best impression. Both went on to become A-list superstars, and the guy even became a superhero. Who could it be?

Christian Bale! The Oscar winner admitted to GQ Australia that Drew Barrymore "never called again" after they went out as teens. "We went to see some bloody awful horror film, and that was the end of it," Christian said. "She never called again."

Long before she was Mrs. Chris Hemsworth, Elsa Pataky was an up-and-coming actress who dated an Oscar winner. The pair were together for three years and were so serious that the mystery man reportedly bought the Spanish star a 19th-century castle in upstate New York for her 31st birthday! Do you remember who he is?

It's none other than Adrien Brody! Elsa Pataky and Adrien called it quits in 2009.

Avril Lavigne was a skater girl in love with this not-so-skater boy back in 2010. In fact, this reality TV star was much more known for his Malibu ties and famous family than any pop-punk cred.

It's Brody Jenner! Once upon a time, Avril Lavigne and Brody were quite the couple, but their clear differences caused them to split in 2012. "Avril and I are still friends who talk, and I wish her nothing but the best… she's a great girl," Brody told Huffington Post after their breakup.

Sarah Jessica Parker's first well-known Hollywood romance was with Robert Downey Jr., and she's been married to Matthew Broderick since 1997. But back in the early '80s, she was romantically linked to another future superstar. Sadly, the couple couldn't find the secret to a successful relationship. Who is he?

It's Michael J. Fox, who reportedly dated fellow young star Sarah Jessica Parker in the early-to-mid-'80s before later co-starring with her in "Mars Attacks!" Though there were also rumors that the two were only together for publicity…

Melissa Joan Hart was bewitched by this Canadian future A-list actor when both stars were teens. Their young love affair included one particular hot-and-heavy make-out session that Melissa wrote about in her memoir. Can you guess who he is?

It's Ryan Reynolds. Melissa Joan Hart and Ryan dated when he was 17 and she was around 19. The two went on to have beautiful families with their respective spouses, Mark Wilkerson and Blake Lively.

Kim Kardashian West's former beau is none other than Nick Cannon. The "Wild 'N Out" creator went on to marry and divorce pop diva Mariah Carey.

Fergie's dating life has been super low-key since she divorced Josh Duhamel, but once upon a time, she romanced a blonde boybander. While performing in the girl group Untamed Flower, Fergie opened for and dated this singer, who quickly told her "bye, bye, bye." Who is he?

It's Justin Timberlake, who famously moved on with Britney Spears, Jenna Dewan and Cameron Diaz before marrying Jessica Biel. 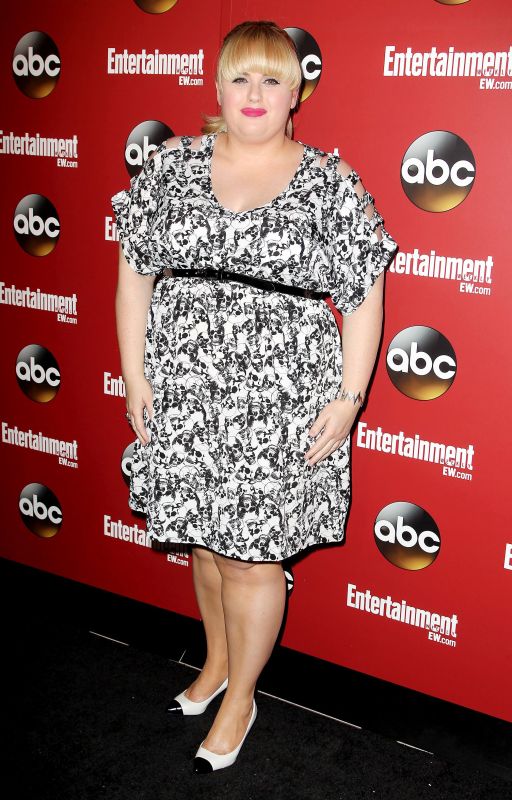