Colin Jost's mom is not sold on baby Cosmo's name

Colin Jost and Scarlett Johansson revealed over the summer that they named their new baby Cosmo — a name that apparently left Colin's mother a bit confused. "My mom, I would say, was slightly thrown by [the name] and didn't quite understand it," he told Seth Meyers on "Late Night" this week. "She would call us, after three or four days, she'd be like, 'Cosmo…' She'd be like, 'And, now, is it final? Like, did you submit the birth certificate?' And we're like, 'Oh, yeah, we did that at the hospital. She was like 'Oh OK, interesting. Because I was reading that there's also a name Cosimo with an 'I' so that could also be an option. Maybe you call him Cosimo, that's his real name, but then you can call him still Cosmo,'" he continued, getting a chuckle out of the late-night host. Colin's grandmother, on the other hand, worked out how to live with the name. "She lives in Staten Island, eventually she started meeting various members of the Italian community who have a lot of Cosmo relatives," the "SNL" writer and star explained. "So then she would call and she would say, 'I met someone they said their uncle's name is Cosmo. So, it is OK.' And I was like, 'It's locked in!'" Colin and Scarlett tied the knot last year.

RELATED: See which other stars had babies in 2021

After Matt Lauer was fired from "Today" in 2017 amid allegations of sexual misconduct, his longtime colleague Katie Couric felt it was "heartless to abandon him," she writes in her controversial forthcoming memoir, "Going There." Per the Daily Mail, Katie, 64, recalls texting Matt "I am crushed" when she learned he would not return, despite the reasons for which he was asked to leave. The veteran journalist also writes that she told Matt she loved him and was "here" for him in an effort to comfort him after he lost his job. "Please let me know if you want to talk. There will be better days ahead," she recalls saying. The allegations against Matt ranged from a woman who said he exposed himself to her at work to another colleague who accused him of sending her a sex toy. After he was fired, other women alleged he sexually assaulted them, according to the New York Post. Katie says she'd heard "whispers" about his behavior before and admits she read about "the awful things" he had allegedly done. Still, she writes that she ultimately determined Matt had been "an excellent professional partner, a good friend and a predator." "Going There" hits book shelves next month.

With her father suspended from managing her estate and a new sparkler on her finger, Britney Spears is reportedly planning to buy a home with her fiance, Sam Asghari. Citing "sources close to" the singer, TMZ reports the two want to be closer to Los Angeles and Hollywood. Britney's also reportedly eager to ditch the house in the San Fernando Valley where she's felt like a "hostage" for years because of the constraints of the conservatorship her dad, Jamie Spears, has had her under since 2008 — restrictions Britney claims included a nix on future marriages or kids. Jamie has denied those and other serious allegations about the degree of control he placed over his daughter's life — but was still given the boot from the conservatorship this week. Britney, 39, announced her engagement to Sam, 27, last month. As for the house, TMZ's sources say the happy couple will wait until the conservatorship has been dissolved to move forward with their plan to relocate. The next hearing in Brit's case is slated for November.

"Today" anchor and "Dateline" correspondent Natalie Morales announced on Oct. 1 that her two-plus decades at NBC are coming to an end amid reports she's heading to "The Talk" on CBS. "How do you begin to say thank you for 22 amazing years?" she wrote to NBC staff in an email excerpted by People. "I think back to my early days cutting my teeth at WVIT in Hartford, CT then taking the huge and — at the time — petrifying leap to MSNBC and alas— scoring the golden tickets to the Today Show and Dateline. Never in a million years did I imagine this when I dreamed of what I wanted to be when I grew up!" Natalie, 49, went on to say her tenure at the network — "this first half of my life" — was "full of adventure, challenges, travel, way too many early wake up calls, and yes opportunities to witness history unfold and to tell inspiring and impactful stories that will always be in my mind's highlight reel." She added that as her son will "spread his wings and head to college soon, so too do I feel the time is right, (before the second half of my life) to spread my own wings and to pursue a new adventure." Natalie took over as the West Coast anchor of "Today" in 2016. She's expected to continue contributing to "Dateline" through the end of the year. According to the Los Angeles Times, insiders believe the veteran reporter plans to move over to "The Talk." As of Oct. 1, she's only said she's leaving for an "exciting opportunity."

Lady Gaga and Tony Bennett, whose third collaboration, "Love For Sale," is out this week, have become close friends since they first worked together years ago. That friendship even informed how Gaga approached her latest major feature film role, she recently told the Wall Street Journal. "I knew I was about to play a murderer," Gaga says of her role as Patrizia Reggiani in "House of Gucci." "I also knew how Tony feels about Italians being represented in film in terms of crime," she continues. "I wanted to make a real person out of Patrizia, not a caricature. I felt the best way to honor Maurizio and Italians was for my performance to be authentic, from the perspective of a woman. Not an Italian-American woman, but an Italian woman." Long before she began shooting the film in Italy, Gaga reportedly devoted six months to nailing an Italian accent. She said she then followed that by speaking in the accent for the next six months. Ridley Scott's "House of Gaga" tells the story of Patrizia's alleged murder, via a hitman, of her ex-husband, Maurizio Gucci, the former head of the Gucci fashion brand. It hits theaters Nov. 24.

Kim Kardashian West, Kanye West catch up over dinner at Nobu amid divorce

As Kim Kardashian West and Kanye West continue to navigate their divorce, relations between the two seem to be on good terms. This week, the parents of four stepped out for dinner at Nobu Malibu together with friends and colleagues. "It seemed like a business dinner," a source told People in a report published Oct. 1. "Kim and Kanye sat next to each other. They acted more like friends. Kanye was in charge of the conversation. Kim was more quiet. Kanye also picked up the check." While things were reportedly tense between Kim and Kanye after Kim filed for divorce in February, they are believed to have improved by August. "It's taken them months to get to this point. Kim is happy that they get along and that things are amicable," an insider told People at the time.

One month after saying goodbye to her husband, Gregg Leakes, NeNe Leakes has put the Georgia home they shared on the market for $4 million. The sale price is almost double what the former "Real Housewives of Atlanta" star paid for the 5-bedroom, 7-bathroom home in 2015, according to TMZ. The space reportedly boasts a bathroom that rivals the master bedroom in size, a game room with TVs and a pool table, a wine cellar and full bar, a movie theater and a salon. A wraparound covered patio sits by the pool and jacuzzi outside. Speaking to People recently, NeNe recalled how special her late husband's last days were. "All of his children were there. His best friends were there. Our closest friends were there. We all sat with him around the clock," she said. "We talked a lot, and we made peace with what was happening. Gregg lost his battle with colon cancer on Sept. 1 at 66.

Sean Penn is back on the set of "Gaslit" following a standoff with the Starz limited series' studio NBCUniversal about vaccinations. In July, after the studio announced only cast and crew in what's known as "Zone A" were required to be fully vaccinated against COVID-19. According to Deadline, crew in that zone are in direct contact with the actors. Pointing out that the zone mandate still put people on the set at risk, since those working in other zones could still come into contact with the Zone A crew, Sean refused to return to the Watergate scandal-inspired shoot until the entire cast and crew were fully vaxxed. Deadline later reported he eventually agreed to compromise and complete his filming in the final two weeks of production, during which time he was guaranteed only fully inoculated staffers would be involved. 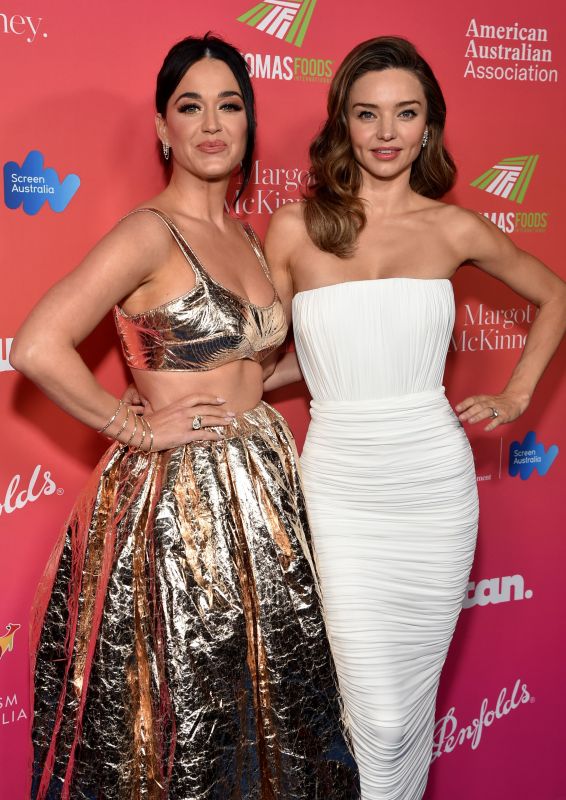 See all the stars who welcomed babies in 2023