Hilary Duff and Scott Eastwood were spotted getting "flirty" this week. On Dec. 17, 2016, E! News reported that they were seen together at West Hollywood hotspot Catch LA. "At one point, she was very flirtatious with Scott. The two talked for quite some time," a source told the outlet. "Hilary was all smiles and looked happier than ever despite her recent split." Hilary and personal trainer Jason Walsh broke up in November.

Christina and Tarek El Moussa of HGTV's "Flip or Flop" are never, ever getting back together — at least that's according to a new report by TMZ. The couple quietly split back in May, and Tarek reportedly dated their children's nanny a few months later. Christina also moved on to a new relationship with real estate developer Gary Anderson. On Dec. 16, after the estranged couple had a coffee meetup, sources told TMZ that the pair could end up back together. But that story changed on Dec. 20. It turns out that their coffee meetup wasn't exactly a date. A source close to Christina told TMZ that Christina wouldn't consider reuniting with Tarek. She'll continue to be civil with him as they move forward with plans to co-parent their two children and deal with their HGTV show, which they hope to continue — though a new report claims it's on the chopping block.

Is Prince Harry ready to propose to Meghan Markle? All signs are pointing to yes. According to Us Weekly, Queen Elizabeth II is "fully supportive" of Harry's relationship with the "Suits" actress. Meghan hasn't met the Queen yet, but a friend of Harry's suggested that this may happen sooner than we all think. "I can see them engaged by the spring. He's head over heels," his pal said. Meghan just spent a week in London with Harry in mid-December before heading back to the States.

Surprise! Margot Robbie is a married woman. On Dec. 19, 2016, Australia's Daily Telegraph reported that she and director Tom Ackerly secretly said "I do" the weekend before Christmas in Byron Bay. The next day, Margot confirmed the news on Instagram with an amazing picture of her wedding ring. Margot and Tom were blurred in the background of the photo, which only further emphasized her pear-shaped diamond.

Amidst divorce rumors, Kanye West and Kim Kardashian West publicly stepped out together for the first time in months. They were seen at a restaurant in Santa Monica, California, on Dec. 18, 2016. A source told E! News, "They were very sweet together and were very much together. They are going through a lot but from what it seems like they are doing it together and getting through it. It's been a very rough year for her."

Martha Stewart, 75, admitted that her last boyfriend was four decades younger than her. "He looked older, he had a little gray in his hair," she told Wendy Williams on Dec. 15, 2016. "But he was 34 years old or something, but he was very fun, very fun." Martha is currently single and ready to mingle. She also told Wendy that her ideal date would be "not older, definitely not older, about 10 years younger."

Christie Brinkley is rumored to be dating David Foster. The model and the music mogul recently went out together at Ralph Lauren's Polo Bar in New York City. On Dec. 15, they got together again to watch Andrea Bocelli sing. Just one day later, a source confirmed to "Entertainment Tonight" that their outings were dates, though said that there's "nothing serious" going on between them yet. They may not be rushing, because both Christie and David have been married four times each.

Katie Holmes and Jamie Foxx spent a night together in paradise, according to Us Weekly. The alleged (and private!) couple went to Cabo San Lucas, Mexico, on Dec. 16, 2016, to celebrate Katie's 38th birthday. A source told the mag that they spent the weekend in a secluded suite at the luxurious Las Ventanas al Paraíso. "They wanted to be very discreet and had everything delivered to their room and taken care of by a personal butler," the source said.

Move over Scott Disick! Kourtney Kardashian, 37, is reportedly hooking up with boxer-turned-model Younes Bendjima, 23, again. Rumors linking them first surfaced in October 2016, but on Dec. 19, Us Weekly confirmed the romance was on. The pair was spotted on Dec. 16 in Beverly Hills. "Kourtney contacted him on Friday afternoon and asked him if he wanted to meet up," a source told the mag.

"Bachelor in Paradise" couple Amanda Stanton and Josh Murray have called off their engagement. On Dec. 19, 2016, Us Weekly reported that the couple got in a fight at KIIS FM's Jingle Ball earlier this month. An insider told the mag that Josh was upset and left Amanda at the concert after finding out that she was drinking during a recent girls' trip to Lake Tahoe with their "Bachelor in Paradise" co-star Ashley Iaconetti. According to a source, Josh was under the impression that Amanda wasn't drinking in Tahoe. "I know Josh had been unhappy with things for a while now but was holding on because he loves [Amanda's] kids," a source told Us Weekly. "But they're done now." Josh has now moved back to Atlanta from California.

Kevin Jonas and Danielle Jonas celebrated seven years of marriage on Dec. 19, 2016. Kevin shared an Instagram photo from their wedding with the caption, "7 years happy anniversary my love @daniellejonas so blessed to have you in my life. An amazing wife love and mother! You are the best I love you with all my heart." Kevin and Danielle are parents to Alena, 2, and Valentina, who arrived in October.

On Dec. 18, 2016, Marc Anthony and Shannon De Lima announced that they are divorcing. In a joint statement, they said that they came to the decision "mutually and amicably" and asked for "privacy during this difficult process." One month before they made the announcement, the couple separated. Marc and Shannon were married for two years.

Bella Thorne was reportedly with a new man, Charlie Puth, but that all but seems done now. She was spotted strolling the beach with the singer with their hands interlocked on Dec. 19, 2016. Just one night before, they posed together on the red carpet at the finale show for the 2016 iHeartRadio Jingle Ball Tour. However, on Dec. 22, Charlie must have caught wind that she was in a very PDA-heavy relationship with Tyler Posey, because he implied that she never even called things off with Tyler. "I can't believe what I'm reading," Charlie tweeted. "No one should have their heart messed with like this, and I'm not going to be in the middle of it." Charlie then apologized to Tyler, "I don't know Tyler personally, but I know he shouldn't be treated this way," he wrote, adding, "She told me she was not with him anymore. This is all news to me." Bella began her relationship with Tyler in September 2016. 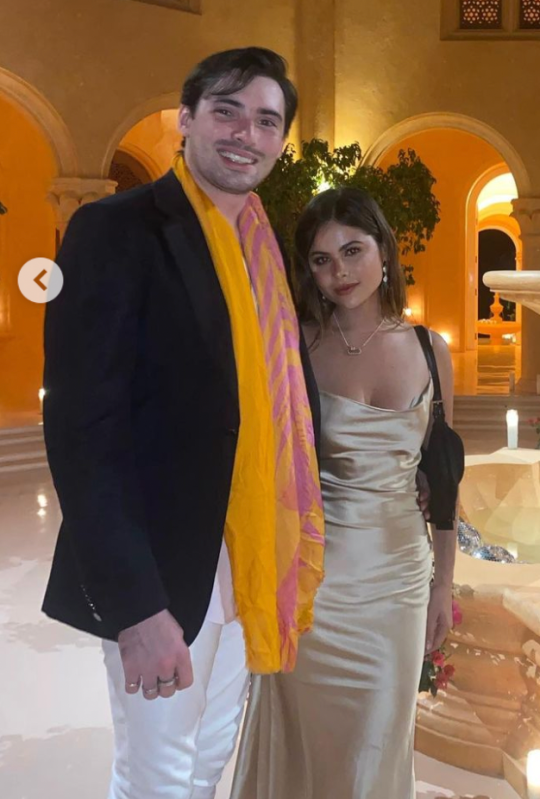