Just friends? It's been 10 years since Drew Barrymore and her ex, Justin Long, called it quits. Since then, the two have reportedly stayed close pals. When the two were spotted at the Lowell Hotel on New York City's Upper East Side on Monday, Sept, 10, however, their relationship "seemed romantic" to an onlooker, according to Page Six. "He came in [alone]. They left together," said the source. "It was like they were together and trying to look like they weren't." Drew's spokesperson did not respond to a request for comment, but a source told the tab the two have remained tight since the end of their two-year, on-off romance. "We're dear friends. I guess people find it a little confusing. I totally understand. It seems like, 'What is the deal with them?,' but we just adore each other," Drew told Ellen DeGeneres back in 2009, according to People . "We're in each other's lives, and we're friends, and we're working together, and we have worked together," the actress added.

RELATED: Which other stars stayed friends with their exes?

The relationship between Caitlyn Jenner and Sophia Hutchins is still going strong. During New York Fashion Week, the self-described "inseparable" twosome checked out the alice + olivia presentation at Pier 59 Studios on Tuesday, Sept. 11, after catching Badley Mischka's runway show and the Harper's Bazaar. party over the weekend. They have yet to confirm rumors there's more to their situation than friendship, though. In a recent chat with Variety, Caitlyn, 68, said she flatly was "not going to get into that," before acknowledging that she and her 22-year-old pal are "very close." Sophia's opened up slightly more, telling followers on social media that she is in a relationship and acknowledging that she and Caitlyn share Bertha, a pet pooch. That's pretty much all she was willing to give up on the subject — although she did promise that "when" (not if) she gets engaged, she'd show fans the ring.

In 2009, Stephen Baldwin introduced himself — and his daughter, Hailey Baldwin — to Justin Bieber, telling the pop star they had been "enjoying" Justin's music. Fast forward to this past weekend and Justin, who's now engaged to Hailey, spent some time bonding with the man who's set to become his father-in-law. Videos and photos posted to social media (via E! News) show the Biebs palling around — and even sharing a hug — with Stephen at CityFest West Michigan in Grand Rapids. "This isn't surprising. Stephen and Justin have known each other for fourteen years," an insider tells the website. "As a good future father-in-law, Stephen is making sure to spend time with Justin. Stephen was the same way with Alaia's husband before they married. … Stephen made a point to do activities with him and attend events together to really give them a chance to get closer." Despite early rumors Justin and Hailey planned to tie the knot right away, a source recently told E! they're actually hoping to enjoy a "nice, long engagement" ahead of their wedding.

"So…you didn't notice the *loaded* gun in your bag when you were packing for the airport?????" That's what Ariel Winter wanted to know after actor David Henrie was caught with a loaded gun at the Los Angeles International Airport on Monday, Sept. 10. Ariel tweeted at David despite owning a handgun herself, although her concern seemed to be about the safety of others in the airport. "In other words…," she continued (via Page Six), "why was your gun not stored safely in a place where you knew where it was and why in the f–k was it loaded??" The 29-year-old "Wizards of Waverly Place" alum explained — after being turned over to police and released on $10,000 bail — that the gun was legal. "I take responsibility for the situation at LAX today," he wrote on Instagram after the incident. "I unintentionally brought my legally owned gun which is registered in my name to the airport. I am sorry for any trouble it caused, but I am appreciative of TSA's efforts in implementing the safety laws that are in place to protect our beautiful country." Ariel also tweeted she was happy David had apologized but wondered what would have happened to someone who had never been on TV in the same situation. "If he wasn't a celebrity would he just be able to say sorry and walk away after bringing a loaded firearm in his bag to the airport?" she tweeted. "I am a licensed gun owner. I would never, ever accidentally bring my firearm anywhere. I lock them up legally and know where they are at all times. That could be a deadly mistake."

CBS is currently investigating sexual misconduct allegations lodged by multiple women against the network's former CEO and Chairman Les Moonves — and Sharon Osbourne suspects there's more to the story. Speaking to The Blast in a brief video clip this week, Sharon, who shares co-host duties on "The Talk" with the erstwhile exec's wife, Julie Chen, gave what sounded like a clipped answer when asked her opinion of the man. "He's alright," she said, noting that she only knows him very casually. The reporter then asked if Sharon thought more women would be coming forward with misconduct allegations. "Yeah," Sharon said. "I do." Earlier this week, "The Talk" co-hosts asked the network to maintain "transparency" as the investigation moves forward.

Olivia WIlde takes comfort in knowing others struggle with parenthood, too

Social media gets a bad rap for all the celebrity mommy-shaming it seems to inspire. But for Olivia Wilde, hearing that she's not the only person who struggles with parenthood occasionally often makes her feel better. "I think that I find great comfort in sharing stories with other parents," she recently told E! News. "When you realize that Serena Williams is having just as hard of a time traveling with her toddler as I am, that makes me feel better. When I read that, I think 'Well, maybe it's helpful if I share a story of having a really hard day with my kids.'" The actress went on to share a story about one time two years ago when she was "just really feeling like I was not in control of the whole parenting thing" when it came to being a great mom to her son, Otis, whom she shares with Jason Sudeikis. "Anyone else suck at parenting today?" she asked the Interwebs. "It was amazing because I got, like, thousands of stories of like, 'Yes I am, and this is how I'm dealing with it,'" she said. Olivia and Jason are also parents to a daughter, Daisy, who turns 2 next month.

When "Sex and the City" showed up on Amazon Prime in May, multiple outlets posted their takes on its pros and cons — including whether the 1998 series about four female friends navigating life and love in the Big Apple is still watchable in 2018. Among the cons Elle pointed to was that the series is "so white you will have to wear sunglasses." Turns out Sarah Jessica Parker agrees. "You couldn't make it today because of the lack of diversity on screen. I personally think it would feel bizarre," she says in a new interview with THR. SJP's not convinced tweaking the characters or actors would fix much, either. "I don't know that you could do it with a different cast," she says. "I think that's radical and interesting, but you can't pretend it's the same. It wouldn't be a reboot as I understand it. If you came back and did six episodes, you'd have to acknowledge the city is not hospitable to those same ideas. You'd look like you were generationally removed from reality, but it would be certainly interesting to see four diverse women experiencing NYC their way. … It would be interesting and very worthwhile exploring, but it couldn't be the same."

In other "Sex and the City" revisited news … Cynthia Nixon's gubernatorial campaign had a serious pillar of support in Amy Schumer. That changed on Tuesday, Sept. 11, when the comic flipped her position on the "SATC" star and announced she's voting for the Democratic incumbent, Andrew Cuomo, in spite of having donated $10,000 to Cynthia's campaign, according to Page Six. "Thursday we vote. Everyone! It's not cute to not vote anymore. I'll tell you who I'm voting for honestly," she wrote on Instagram. "For gov: cuomo," she continued. "Reason: Andrew isn't my fav dude But he's good gov. I wanted to vote Nixon, but sadly, i don't believe she would know what the heck to do. She needs to be able to pressure the state legislature in stuff but I don't believe she has enough connections upstate. But I love her and think if anyone is inclined voting Nixon is cool The comic's dad counts Sen. Chuck Schumer as a cousin; he has already endorsed Gov. Cuomo.

Bristol Palin's ex-fiance, Levi Johnston, is facing legal action from his former attorney. The Blast reports Darryl Thompson is demanding more than $12,000 from Levi on grounds he failed to remit complete payment for legal services provided during Levi's custody battle with Bristol. (Levi has said previously that his legal fees were somewhere in the neighborhood of $100,000.) The dispute between the parents hinged largely on Bristol's claim Levi had failed to pay child support, according to The Blast. She was eventually given the majority of the custody rights for their son Tripp, while Levi has only visitation, but the two are reportedly on good terms now. Levi and his wife, Sunny, are set to appear as part of Bristol's storyline on the next season of "Teen Mom."

Vigil staged for Mac Miller in the late artist's hometown

More than 1,000 Mac Miller fans gathered on Tuesday, Sept. 11, to remember the late musician in his hometown of Pittsburgh. Holding lit candles while repeating his name and singing lyrics from his latest songs, fans on social media appeared deeply saddened and moved by the 26-year-old's death last week, Page Six reports. According to reports, he was found in his home, having succumbed to an apparent overdose. Toxicology reports are still pending and funeral information has not yet been announced. 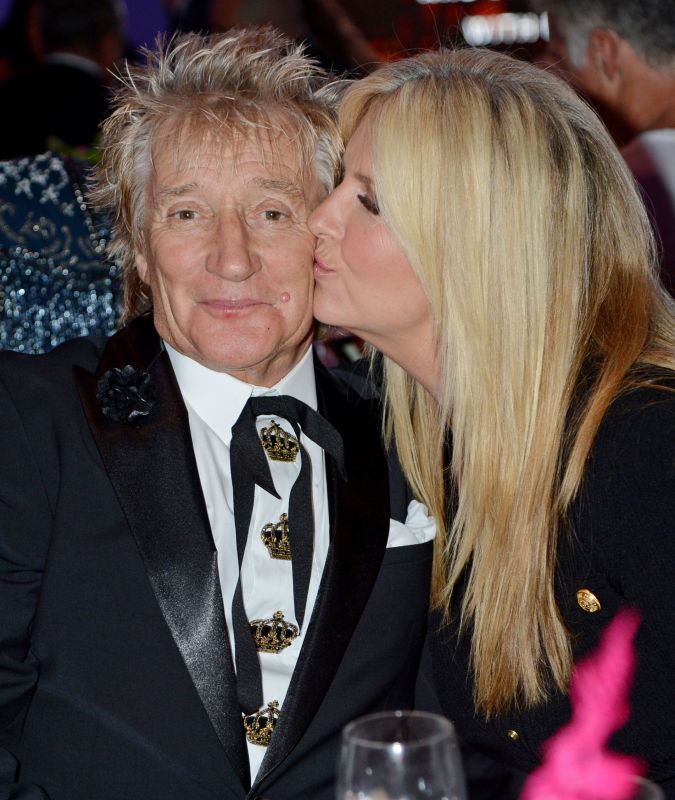