Coy much? Sophia Hutchins, the 22-year-old "close friend" — and rumored live-in girlfriend — of Caitlyn Jenner, 68, got candid about the pair's relationship for the first time on Instagram this week. And though she never explicitly confirmed the romance rumors that have trailed the pair for months, she certainly didn't deny them, either. "Guys! Ask me questions!" the transgender Pepperdine student posted on the social media platform on Wednesday, July 11, using the app's new stickers option (via The Sun). "Are you in a relationship?" asked one follower. "Oh yes!" Sophia replied, adding an Emoji with heart-shaped eyes. "How does the criticism about your relationship with Caitlyn affect you?" asked another. Said Sophia: "It's a new experience but it's definitely worth it." When someone pointed out, "Well, you haven't answered the question yet … R u and Caitlyn dating? Also do you have any pets?" Sophia tossed out some laughing Emojis, said she was busy doing her makeup, then responded, "Of course We have our little Bertha." Finally, a user wondered if Sophia and Cait might be "getting married." Sophia simply responded with bride Emojis. "Are you engaged?" asked a fan. "I'll show you the ring when I am," Sophia said.

Prince Harry talks babies: 'Five is too many!'

Prince Harry and Duchess Meghan of Sussex have both said they want children. But a small army of ankle-biters? Not so much. During the couple's trip to Dublin this week, one of the well-wishers they chatted with demanded Harry pony up some information about the pair's family expansion plans. When Elaine Adam-Stewart met Harry in Dublin, she asked the prince, "My husband also has red hair and he gave me five children — when are you and Meghan going to get going?" The good-natured royal took the question in stride. "He laughed and said 'five children?'" Elaine later told People. "'Too many!'" Asked about babies in past interviews, Harry told the BBC shortly after he and Meghan got engaged, "You know, one step at a time. Hopefully we'll start a family in the near future." Meghan, meanwhile, has said, "I want to travel more and I can't wait to start a family, but in due time."

Gone is the era when the Fourth of July meant a big, celeb-stuffed bash at Taylor Swift's house. These days, Taylor's keeping her non-music life on the DL as much as possible, including holidays — and relationship with actor Joe Alwyn. An insider tells Us Weekly Taylor had a little break from her Reputation tour over the Fourth and used the time off to catch up with Joe on a trip to Turks and Caicos. "Joe has really showed her a different lifestyle and the value of privacy. She's the happiest she's ever been," says the source, who adds the two have "vowed to keep their relationship to themselves" and "done everything they can to keep it that way." Their mini-vacation reportedly included romantic beach strolls, snorkeling and snuggling. "They seemed genuinely happy," according to another beachgoer. "They were always smiling and close to each other, but kept to themselves." Joe is set to be at his lady's side when she gets back on the road for the rest of her tour. "He's very supportive of her career and wants to be there every step of the way," says the Us source. "Taylor is so much happier without her personal life in the open. She credits Joe for that and realizes how much better off she is."

Travis Scott seems to be following in Kanye West's footsteps when it comes to working on new music. Just months Kanye brought his family out to Wyoming, where he was working on his new album, Travis reportedly headed to Honolulu with Kylie Jenner and the pair's daughter, Stormi in tow, for a trip that turned out to be part-family-getaway, part music production session. TMZ reports the new parents and their baby daughter rented a "massive" Airbnb property — complete with a recording studio. The threesome spent a few days there enjoying access to a private beach. Then, shortly after Kylie headed back to Los Angeles with Stormi, Travis had producers Nav, Gunna and Cash join him to get to work. The producers are reportedly staying in a hotel, leaving the rental free for a potential second visit from Kylie and Stormi.

As Justin Bieber and Hailey Baldwin begin the process of planning their wedding, they're already finding they have access to plenty of VIP treatment. On Tuesday, July 11, the lovebirds reportedly visited Pristine Jewelers in New York City to get Hailey's ring resized — even though the Big Apple's diamond district is famously closed for a two-week summer "vacation" every year in July. "They came in yesterday. But the business won't be officially reopened until July 16. It's vacation time in the [diamond] district," a source who claims to have seen the two at the shop told ET. "They sized her ring. They were very happy and friendly. Everyone was in a great mood!" Though it's only been days since Justin and Hailey confirmed their engagement on social media, the interwebs are already buzzing with possibilities about their nuptial plans. TMZ recently checked in with the mayor of Justin's hometown of Stratford, Ontario, who seemed anxious to get the two to tie the knot in the city where he was raised. "Justin loves Canada and is at home there," a source separately told Us Weekly. "It's a special place for him and he'd love to get married there." According to Us, the singer and model are thinking their wedding will be "small … private and intimate."

Sandra Oh just became the first Asian-American actress to be nominated for an Emmy in the Outstanding Lead Actress in a Drama Series category. Emmy noms came in Thursday, July 12 and Sandra, whose role as officer Eve Polastri in the BBC America series "Killing Eve," made history with her inclusion in the list of contenders, according to JustJared. Other nominees in the category include Tatiana Maslany ("Orphan Black"), Keri Russell, ("The Americans"), Claire Foy ("The Crown") and Elisabeth Moss ("The Handmaid's Tale.")

Is Kenya Moore done with 'RHOA'?

"Real Housewives of Atlanta" is one real housewife. That's according to the New York Post, which quotes a source who claims the pregnant 47-year-old star declined an offer for a part-time role because "she didn't want the reduction in pay." Between her pregnancy and her reported failure to join castmates on a trip to South Beach, Florida, in June, the news isn't exactly a surprise, even though Kenya denied rumors she was bailing on the show in June, telling fans she was instead "reviewing her latest offer." Her rep has not yet responded to the Post's request for comment.

How being a mom has influenced Neve Campbell's work

This summer, Neve Campbell and her partner, JJ Feild let fans and friends on social media know they'd adopted a second child, writing that they remain "grateful to his birth family every day for such an incredible gift." Their new son, Raynor, along with their 6-year-old son, Caspian, has given Neve another gift, too. Speaking to E! News at the premiere of her new action film, "Skyscraper," on Tuesday, July 11, Neve said being a mother has "hugely" influenced her work as an actress, particularly when it comes to her role in the new movie, which sees her playing a mother and wife whose husband (Dwayne "The Rock" Johnson) is forced to protect his family amid a terrorist attack. "For me, just to imagine anything happening to my kids, that sort of mama bear thing comes up in me and it's very easy to play a role like this," Neve told E! Asked how life with two kids instead of one has been going, she gushed, "So good, just madly in love with our children." "Skyscraper" hits theaters Friday, July 13.

Why is Leonardo DiCaprio meeting with LeBron James?

Is Leonardo DiCaprio planning a project with LeBron James? TMZ reports the "Wolf of Wall Street" star and serious hoops fan got together with the newly christened Los Angeles Laker at Avra Beverly Hills on Wednesday, July 11, and it seemed like more than a friendly get-together. TMZ notes LeBron's manager was also at the table, as was Leo's pal, Al Pacino. After the meal, Leo reportedly ducked out of a different entrance than the other diners, suggesting he may have been trying to keep his presence there under wraps. Earlier in the week, LeBron reportedly dined with Khloe Kardashian and Tristan Thompson.

The truth behind the engagement rumors that have swirled around Meg Ryan and John Mellencamp could be harder for the couple to conceal in the next couple of months, thanks to a pair of honors headed toward the singer at the end of August. On Wednesday, July 11, the Woody Guthrie Center in Tulsa, Oklahoma, announced John as the fifth recipient of its Woody Guthrie Prize. Bestowed annually upon an artist who channels social change advocacy into his or her work, the prize will be presented to John on Aug. 30 at the center, which praised John in a press release for using "his passion, intelligence and wit to champion the everyday man and woman, the less fortunate and the forgotten" and using "his artistic gifts to spread a positive message of hope, equality and freedom." As the executive director of the Woody Guthrie Center, Deana McCloud, put it: "Artists working as activists ensure that Woody's legacy is alive and well, and this award was established to not only recognize achievement, but to remind us all about the importance of taking a stand on human rights issues." The day after the ceremony, the center will unveil a new exhibit presented by the Rock & Roll Hall of Fame "that tells the story of Mellencamp's early influences and his role as a champion of heartland values and an advocate for American farmers," according to the Guthrie Center's website. As for John's personal life? Rumors he'd popped the question to Meg surfaced in March. Her rep's initial denial doesn't seem to have dampened the chatter as of yet. 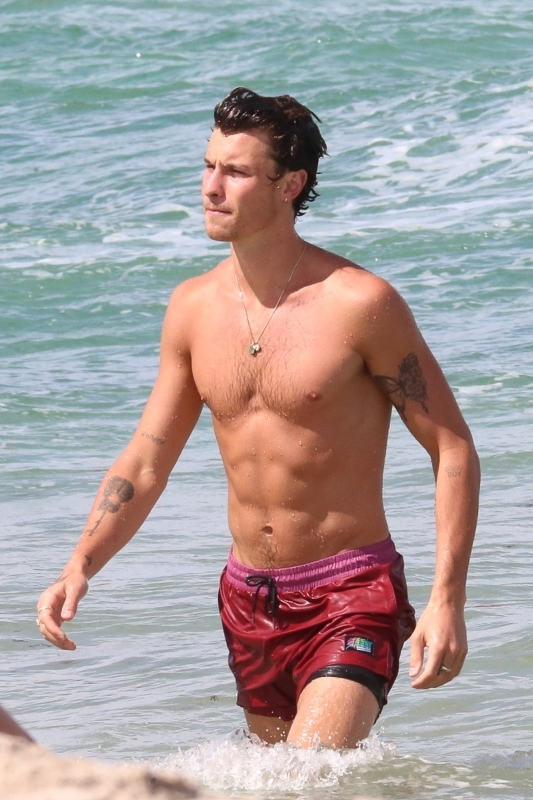