Star-stuffed, black-tie engagement party? Check. Bachelorette getaway weekend? Check. Looks like Gwyneth Paltrow and her fiance, Brad Falchuk, are ready for the main event. According to the New York Post's sources, Gwyneth and Brad plan to say "I do" at Gwyneth's home in the Hamptons. She eloped with Chris Martin and has said that while she's "excited" to have her first actual wedding, she's not very involved in the planning process. Staging a ceremony and reception at her beach house seems like a natural extension of what we already know about her low-key approach to tying the knot. One insider tells the Post the wedding is rumored to be scheduled for "the end of the summer, after Labor Day."

For more on Gwyneth Paltrow, check out The Daily Buzz.

Khloe Kardashian and Tristan Thompson seem to be jumping right into the swing of things as they settle into life with their daughter, True, while putting Tristan's cheating scandal behind them in Los Angeles. On Monday, June 18, the pair stepped out for a double date with Khloe's sister, Kendall Jenner and Philadelphia 76ers star, Ben Simmons. An insider tells E! News the foursome caught Dave Chappelle's private show at the Peppermint Club, where Khloe and Tristan shared "very affectionate" kisses and giggles as the Cleveland Cavaliers center and power forward stuck close to Khloe all evening. Kendall and her pal-slash-rumored-beau, Ben, cozied up to one another during the comedy set, as well. According to E!'s source, there were nothing but friendly vibes when Kendall bumped into Anwar Hadid, whom she was recently spotted making out with, at the show. Later, Kendall, Ben, Khloe and Tristan all Dave Chappelle's afterparty at Poppy nightclub, where Khloe and Tristan danced together. "The whole family is thrilled that Khloe is home and that they will get to be close by and an every day part of True's life," another source told E! once Khloe revealed she was moving back to L.A.. "They made it a big celebration and welcome home for her."

They made a large donation to the March for Our Lives campaign after the shooting in Parkland, Florida. Now, George Clooney and Amal Clooney are turning their attention — and their bank accounts — towards the needs of migrant children and babies who have been separated from their families because of the Donald Trump administration's "zero tolerance" border policy. "At some point in the future our children [one-year-old twins Ella and Alexander] will ask us: 'Is it true, did our country really take babies from their parents and put them in detention centers?' And when we answer yes, they'll ask us what we did about it. What we said. Where we stood," the Clooneys told People (via JustJared) in a statement this week. "We can't change this administration's policy but we can help defend the victims of it. Today, the Clooney Foundation for Justice will donate $100,000 to the Young Center for Immigrant Children's Rights." Reiterating some of the problems critics of the new policy have cited, Maria Woltjen, the Young Center's Executive Director, responded to the Clooneys' gift with a public thank-you. "This Administration's policy disregards international law and basic principles of human decency," she said. "To treat children in such a cruel manner not only violates their legal rights but also their basic needs. We are doing everything we can to advocate on behalf of the thousands of children who are separated and alone, and we are grateful for the generous support of George and Amal Clooney and the Clooney Foundation for Justice — it could not be more vital at this time."

What's next for Nikki Bella and John Cena now that he's committed to reversing his vasectomy so they can start a family? A lot of planning, for one thing. In a clip from next weekend's new "Total Bellas" published on E!, Nikki and her friends and family rejoice as she confirms she's agreed to marry John after all. When her twin sister, Brie Bella, suggests Nikki should try to get pregnant at the same time as her, Nikki admits she may want to wait "a year or two," adding that she has considered what it would be like for the twins to be pregnant at the same time. "I just can't believe I get to be a mom. And with the man of my dreams, I don't have to go find some guy to have a baby with," Nikki gushes. "I feel like I'm still trying to process that John and I are back on. And now I have to get back into wedding planning mode and since we want to keep our same date, I am very behind." Since Nikki called off the wedding in April, John has made repeated attempts to win her back; while it frequently looked like the pair's differences would be irreconcilable, neither has ever questioned their love for one another.

"You need me, I don't need you." That's how JAY-Z explains his disinterest in teaming up with the NFL in his new song with Beyonce, "Apes–t." TMZ points out that about three and a half minutes into the track, Jay boasts, "I said 'no' to the Super Bowl: you need me, I don't need you. Every night we in the end zone, tell the NFL we in stadiums too." The accompanying music video shows people taking a knee as he raps those words, suggesting his nix on a Super Bowl Half Time Show performance is tied to the NFL's policy of denying players the right to peacefully protest racial inequality and police brutality on the field during the National Anthem, a trend started by Colin Kaepernick and supported by celebs from Jay to Susan Sarandon to Spike Lee to Ava DuVernay. The track comes nearly a year after rumors surfaced suggesting Jay had declined a Super Bowl gig.

If you're not taking a fabulous European vacation this summer — and you are prone to jealousy — maybe don't peek at Kate Hudson's Instagram for a while. The soon-to-be mother of three and her fam have been living it up, big time, in Greece with Kate's family this month and the photos the star's been sharing from the trip are nothing short of envy-inducing. They're also consistently adorable. Case in point: among the pics she posted from a boat trip with Kurt Russell and her mom, Goldie Hawn, was this beaut of a shot showing Goldie, 72, staring majestically out to sea. "Goddess 🧜‍♀️," Kate captioned the snap, adding a "#nirvana" nod at her "pa" Kurt's hat, along with a heart and a flag. The group — which also includes Kurt and Goldie's son, Wyatt Russell, his girlfirend, Meredith Hagner, Kate's brother, Oliver Hudson, her sons, Ryder and Bingham, and her stylist Jamie Mizrahi — have also shared pics of delicious-looking meals, afternoon dips and wine tasting.

XXXtentacion memorial shut down by police in riot gear

What was supposed to have been a memorial for rapper XXXtentacion in Los Angeles on Tuesday, June 19, became a showdown between "rowdy" crowds and the police, according to the Los Angeles Times. After an estimated 1,000 people gathered blocked the roads around the intersection of Melrose and Spaulding Avenues, with some jumping off railings and rooftops onto the crowd and in one case, onto a news van, riot gear-clad police reportedly responded with tear gas and rubber bullets. Police the Times members of the crowd had thrown rocks at them, as well. The group is thought to have organized via social media. They did not have a permit. XXXtentacion died after being shot while leaving a store in Florida on Monday, June 18, under circumstances police are calling a robbery despite his family's assertion the shooting was pre-meditated. He was 20.

Cher and Meryl Streep aren't just vocal supporters of the #MetToo and #Time'sUp movements, they're real-life heroes when it comes to protecting women from sexual assault. As Cher recounted during her appearance on "The Late Late Show" with James Corden this week, she and Meryl once found themselves running to the aid of an actual damsel in distress in the 1980s in New York City. It seems when the two were hanging out in the Big Apple, Meryl was struck with an ice cream craving. Cher apparently suspected it might be a dangerous mission for the two, but Meryl dismissed her concern. "So we walk out and the first thing we see is some guy hitting cars with a brick, and then we walk down the street and we hear screaming," Cher said, according to CBS News. "We come around the corner and this gigantic man is ripping the clothes off of this girl. Meryl starts screaming and I start screaming and we run towards this gigantic man and he turns and starts running towards us. We split and he ran through us and we ran up to the girl. All of her clothes were torn and she was clutching her bag. So we're putting her together, kind of trying to get her to look a little bit, you know, like she hasn't just been ravaged." The woman then realized exactly who it was who'd saved her. "She looks at us and goes, 'Oh my God! I've just been saved by Meryl Streep and Cher!'" the singer recalled. "'I'm an actress and I work in a cafe where we sing and all my friends are going to be so jealous!'" Talk about a celeb-driven silver lining …

Travis Barker returns to the hospital

Just hours after he was released from the hospital, Travis Barker was hospitalized again early on Tuesday, June 19. TMZ reports the Blink-182 drummer's initial visit was sparked by concern about blood clots he had in both arms. Now, TMZ reports doctors have discovered he's also suffering from a staph infection and a skin infection called cellulitis as well as the blood clots, which the hospital is working to ensure don't travel to his heart or lungs. Insiders tell the website that while he had to cancel a series of Blink-182 shows due to his health issues, he's staying positive and hopes to be back onstage this fall, when the band reschedules the missed dates.

"Rogue One" star Ben Mendelsohn and his ex-wife, writer Emma Forrest, may have been married at the worst possible time for Ben, who's now been ordered to pay Emma half of the residuals and royalties he earned during their marriage, according to The Blast. Thanks to the success of "Rogue One: A Star Wars Story" and Netflix's "Bloodline," that sum reportedly comes to $525,000. Emma was also awarded primary physical custody of the former couple's 5-year-old daughter, while Ben was ordered to pay $7,152 a month in child support. Ben and Emma got hitched in 2012. Emma filed for divorce four and a half years later in 2016. 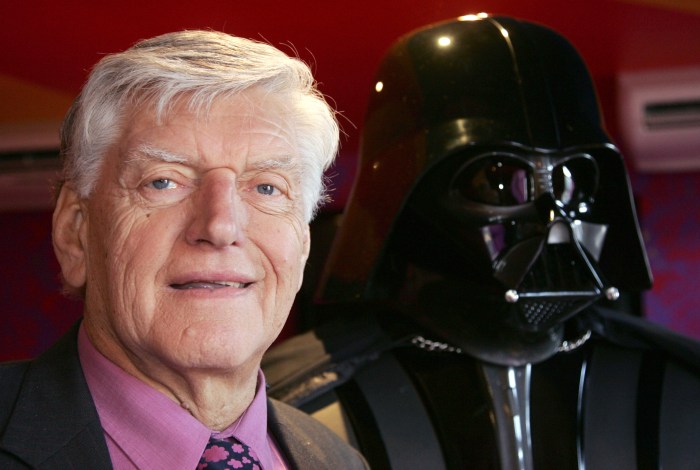