Johnny Depp is asking a judge to toss the lawsuit his former management team filed against him on grounds their "negligence and misconduct" left Johnny with more than $6 million in IRS fines and penalties and caused him to lose seven figures in California state taxes, TMZ reports. The actor's request comes after he filed suit against his management at TMG alleging the company "defrauded him out of $25 million," according to the website. TMG filed a countersuit that Johnny is now asking to have dismissed. The countersuit alleges that while TMG represented the star, he "lived an ultra-extravagant lifestyle that knowingly cost Depp in excess of $2 million per month to maintain, which he simply could not afford."

Mariah Carey congratulated Nick Cannon on the arrival of his son

Nick Cannon and Brittany Bell welcomed a son, Golden Sagon Cannon, on Tuesday, Feb. 21, and his ex, Mariah Carey was quick to show her love and support. "Nick told both of his other kids [Moroccan and Monroe] about the baby and that they will have a new sibling," an insider tells E! News. "Mariah has been aware of the baby for a while now and she congratulated him. They are on fine terms and continue to be good parents for their children."

Mahershala Ali could become a dad 'within days' of the Oscars

The next week could be big for "Moonlight" star Mahershala Ali. In addition to being up for best supporting actor at the Oscars on Sunday, Feb. 26 — an award fans and critics agree he's likely to snag — the star could become a dad "within days of the ceremony," according to Us Weekly. Mahershala and his wife, singer Amatus Sami-Karim announced in December they were expecting their first child. Joking about the Oscar timing to ET this month, the actor admitted, "You couldn't write it this way."

Lauren Conrad is back in action with a new clothing line this week. On Thursday, Feb. 23, LC launches the LC Lauren Conrad Dress Up Shop, a mostly online-only collaboration with Kohl's featuring affordable jumpsuits, metallic skirts, loose feminie tops and more. "One of the first things we did when we sat down to design this collection was ask ourselves, 'What do you wear?'" Lauren tells Us Weekly. "'What do you wear to a shower, what do you wear to a wedding, a cocktail party?' We started with that, because we wanted to make sure that we were providing people with meaty answers. I know personally that anytime I receive an invite to any sort of event, one of my first thoughts is, 'What am I going to wear?!' So you want to make it look easy and fun for the customer to pick looks for upcoming events." She continued: "I thought you could pair one of the blouses with a skirt or one of the soft, full pants to a shower, or to a more casual wedding. But also you could wear that top with distressed denim and heels for a girls' dinner. That [functionality] is what we wanted to keep in mind. They're an investment, so you want to get a lot of wear out of them."

Christina Applegate was one of many Americans who lashed out at the Trump administration for removing federal protections for transgender students that maintan their right to use bathrooms and locker rooms that correspond with their gender identity rather than the gender listed on their birth certificate in schools. "I am so sad to see that inclusivity is being torn down. that those who are 'different' are scared. Different from what????" she posted. "We are all humans having a human experience birthed the same way! to the communities affected, I stand with you. Always and forever." Other stars who echoed that sentiment include Brie Larson, Ellen DeGeneres, Jeffrey Wright, Mark Ruffalo, Billy Eichner, Emmy Rossum, Ellen Page and Nina Dobrev, according to GossipCop.

Niall Horan confirms One Direction will get back together

Fresh off their BRIT Award win for Nest British Music Video for "History," One Direction sounds a little bit closer to a reunion, although there's no word on when that might happen. Speaking to The Sun (via the New York Post, Niall Horan, who missed the awards because he was working late on new music, said a reunion would happen, adding, "I don't know when." His erstwhile bandmate Liam Payne said something similar when he accepted the award on Wednesday, Feb. 22, declaring, "One Direction is who we are and who we will always be." Niall, meanwhile, admitted he hated to miss their win. "I'm gutted I couldn't be onstage with Liam to collect the award," he said. 1D announced they were taking a hiatus in 2015 a few months after Zayn Malik quit to pursue a solo career.

Next week, Rihanna's set to accept Harvard University's 2017 Humanitarian of the Year Award in honor of her work to foster education efforts in Malawi, the cancer center she set up in Barbados and the work her foundation does to ensure children — especially girls — have access to education around the world. "Rihanna has charitably built a state-of-the-art center for oncology and nuclear medicine to diagnose and treat breast cancer at the Queen Elizabeth Hospital in Bridgetown, Barbados," S. Allen Counter, director of the Harvard Foundation, said this week, according to E! News. "She has also created the Clara Lionel Foundation Scholarship for students attending college in the U.S. from Caribbean countries, and supports the Global Partnership for Education and Global Citizen Project, a multiyear campaign that will provide children with access to education in over 60 developing countries, giving priority to girls and those affected by lack of access to education in the world today." 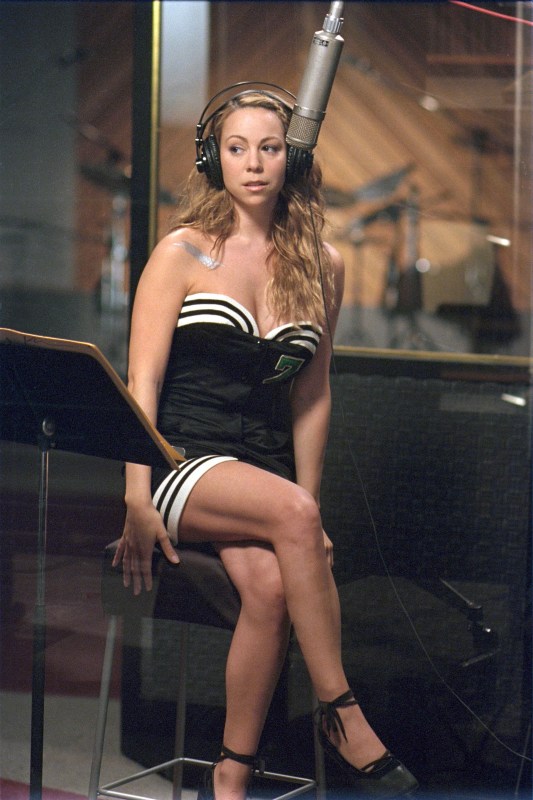