Tristan Thompson is spending more time with family, including Khloe Kardashian and True

The weird new world we're all navigating has pushed many of us apart in the interest of flattening the coronavirus curves. But in some cases, social distancing is actually bringing people together. A source tells E! News Khloe Kardashian's ex, Tristan Thompson, has been "seeing [their daughter] True a lot" and "taking advantage of the unexpected time off to be with the family," now that his season with the Cleveland Cavaliers has been called off, along with the rest of the NBA's schedule. "It's been nice for them to be able to see him more regularly," the insider says. "Khloe is taking the quarantine very seriously and is staying home with True. There are no playdates or family time other than with Tristan. He is regularly over at Khloe's house and stays in contact with them when he's not. They are not back together. They are co-parenting and giving True an opportunity to have both parents in her life at the same time." Does that mean Khloe's ready to consider trying the former couple's romance again? Probably not. Ever since the two split following Tristan's alleged makeout session with Jordyn Woods in February of last year, Khloe has talked about the importance of keeping Tristan in their daughter's life. She recently shared a photo of herself and True. In the caption, she mentioned "how much your daddy and I love you," which sparked a fan to ask if that means she and Tristan were back together. Said Khloe: "It means her parents love her beyond all measure."

Selena Gomez gets a new puppy!

Selena Gomez is making the best of her time at home right now by expanding her family by one … puppy. The singer shared clips on Instagram Live on Monday, March 23, introducing fans and followers to her new pal. "Winnie is here," she said of her older dog (via Elle ). "And I would like to introduce my new family member Daisy!" She went on to say "Winnie and Daisy are getting along very well. And I know a few friends who are fostering right now just to give animals a safe place. But I couldn't help it. I have to keep her. Right?" She then told the pups to "go play." "I got Daisy a week ago. And she's so sweet. And Winnie is like big brother mode for sure," Selena continued. "I've been in lockdown," she said. "I have not really left — well, I have left my house just to see my sister." Selena then asked viewers to please taking the stay-at-home mandate seriously. "To me, I can't wrap my head around people not taking lives that serious. It's not to say it's to be hurtful toward anyone else. It's just, it's really hard to see 'cause I have grandparents and they're with me. I have a 6-year-old sister who can't be in school right now so I haven't been on this too much just for the sake of praying for you guys and honestly figuring it out for myself, trying to read and not go crazy," she said to the camera. As for her activities? Selena said she's taking a break from new music since her "label shut down." Instead, she said she's been Netflixing like the rest of us — and hoping everyone comes out of this OK. "We're thinking of you," she said in closing on behalf of her family, "… and we love you all, and I am praying for all of you." If you want to foster a fur-friend during this crisis but are concerned about the cost, CNN recently reported the organization Susie's Senior Dogs will cover the cost of fostering a pup in need at no charge to you.

Network execs have been green-lighting the release of shows and movies early in light of the increasing volume of viewers stuck indoors without work. Andy Cohen isn't among them. Despite pleas from fans for an early release of new "Real Housewives of New York" and "Real Housewives of Beverly Hills" episodes, the Bravo star, who recently tested positive for coronavirus, said in a SiriusXM interview that they simply aren't ready. "The issue is there's only a certain amount of episodes totally color-corrected and locked right now, for both of those shows," he said, according to Page Six. "I think for 'New York' there's like, eight or nine done and for 'Beverly Hills,' there's like, five done. Something like that If we released all those now, we would wind up screwing ourselves in the end, so that's the issue," he explained. "The truth of the matter is, if this is going to go on for a while, just think of how much more we're going to be ready for 'New York' in ten days when it premieres! I just think we need to be focused." Andy's been filming "Watch What Happens Live" from his apartment because of his diagnosis.

RELATED: How celebs are passing time in quarantine

As Americans urge one another to stay home as much as possible in an effort to contain the spread of COVID-19, some industries are being harder hit than others. In many cities, bars were among the first businesses ordered to close, leaving bartenders — most of whose jobs come without salaries or insurance options — in extra dire straits. Ryan Reynolds wants to help. On Tuesday, march 24, he announced on Instagram that his Aviation Gin company has started a program called "Tip Your Bartenders" in support of the United States Bartender's Guild. "Until May 1st, for every bottle of Aviation ordered online, we'll donate 30% of proceeds as a tip to your bartenders – who REALLY miss you btw," Ryan posted on Twitter. Visit http://AviationGin.com/delivered #TipYourBartenders #StayHomeSaveLives." People reports the actor launched the program with a $15,000 donation to the guild. the announcement comes on the heels of the $1 million donation he and Blake Lively made last week to local and national food banks.

Dax Shepard and Kristen Bell have joined landlords across the country in waiving April rent for their tenants. TMZ reports residents of properties owned by the famous couple's Pringus Property LLC got an email this week from Dax's sister, who works there as a manager. She reportedly notified them of the decision and "promised to work with" them "going forward," presumably while they figure out how to deal with May. The properties Kristen and Dax own are in California, which is now on lockdown along with more than 20 other states amid the virus pandemic.

Wendy Williams shares Dr. Oz's advice regarding sex for singles during the pandemic

After Wendy Williams split from her husband, she happily shared the details of her dating life with viewers on her show. Now that social distancing has become the norm, however, she's pledging abstinence until after the COVID-19 outbreak, thanks to a conversation with Dr. Mehmet Oz. "When I went to Dr. Oz, one of the things I talked to him about, I was like, 'Dr. Oz, what do single people, including me, do about sex?' Because as much as a wanted woman as I am, I'm not thinking about that," she said in a clip from Monday, March 23, according to People. "He ended up saying, 'You know what? Hold out. It'll be over soon,'" she continued. She added that he advised she also be aware the virus can be transported via clothing for hours after they've landed on a surface or another person.

Soon-to-be first-time mom Chloe Sevigny is looking for solidarity among other expectant women in New York City after learning partners and loved ones will now be banned from joining them in the delivery room when they go into labor, "We understand that this will be difficult for our patients and their loved ones, but we believe that this is a necessary step to promote the safety of our new mothers and children," New York-Presbyterian hospitals told Page Six in a statement. The rule is an attempt to contain COVID-19. Chloe, 45, responded by posting, "#pregnantincoronatime 😬😱🤯I hope all expecting families are finding some calm. Today's news in NY was very distressing for all. #support #prayers." Chloe and her boyfriend Sinisa Mackovic, who directs the Karma Art Gallery in the Big Apple, are expecting to welcome their little one next month.

Al Pacino's ex has clarified a comment she made previously about the 79-year-old star's failings as a boyfriend. Speaking to Israel's La'Isha after their split, Meital Dohan, 40, called the director and actor "elderly," complaining that he "didn't like to spend money." She recently explained the comment in an interview with the Daily Mail (via Page Six). "Any woman who dates a powerful man, they'll say she's a gold digger. It's another stereotype, and people can think of me what they want," she said, implying the original comment was intended to be sarcastic. "What happened between us was bigger than materialistic things like flowers or chocolates or diamonds or cars," she said. Meital claimed they called time on their romance of two years because they realized they were in different places with their lives and she wanted children.

Since she stepped away from music — maybe for good, according to her son — Britney Spears has posted dozens of videos showing her exercise and other daily routines, many of which are conducted solo. Amid mandates to isolate, the singer is urging fans to keep finding ways to connect with one another. On Monday, March 23, Britney shared a quote from writer Mimi Zhu that reads: "During this time of isolation, we need connection now more than ever. Call your loved ones, write virtual love letters. Technologies like virtual communication, streaming and broadcasting are part of our community collaboration. We will learn to kiss and hold each other through the waves of the web,. We will feed each other, re-destribute [sic] wealth, strike. We will understand our own importance from the places we must stay. Communion moves beyond walls. We can still be together." The line, "communion goes beyond walls" seemed extra poignant to Britney, who used that as her caption, along with three red rose Emojis.

On Sunday, March 22, Rosie O'Donnell hosted a one-time-only redux of her eponymous show on Broadway.com and Youtube to raise money for The Actors Fund. Turns out her streaming special, which featured performances by Neil Patrick Harris and his kids, Kristin Chenoweth, Darren Criss Gloria Estefan and Patti Lupone, among others, raised more than $600,000 for virus victims associated with the fund, according to Page Six. Rosie previously said she's loved Broadway since childhood. The Actors Fund supports members in a variety of positions all across the entertainment industry. 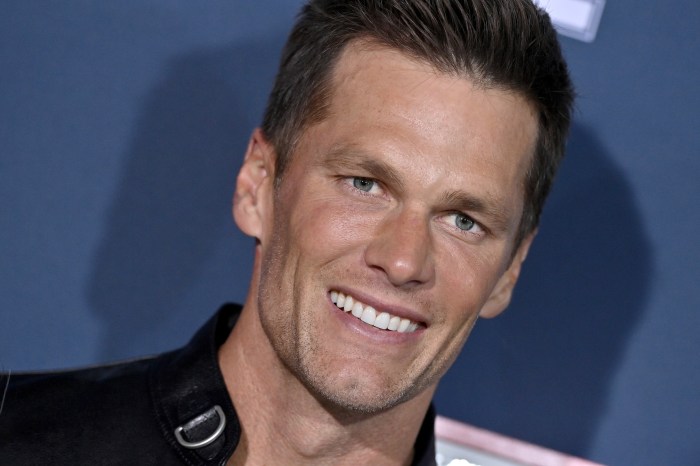