James Corden reveals he's lost 28 pounds in the past year

One year after adopting a new approach to food, diet and weight loss, James Corden says he's whittled 28 pounds off his frame. "For the first time, the weight I've lost hasn't come back. It's game-changing and I feel incredible," "The Late Late Show" host, 43, tells People in a statement. James has been using the Personal Points program from WW (formerly Weight Watchers) to learn "how to eat and live healthier in a way that's manageable for me," he explained. "This time of year has traditionally been a struggle for me when it comes to healthy living but I'm entering the holiday season more confident than ever," he adds, calling his new health plan "a new way of life."

Kim Kardashian West has become a vocal advocate for prison reform since she started studying for the bar. But her recent support for a truck driver sentenced to a mandatory minimum of 110 years in prison has caused some controversy, sparking the wife of one of the victims to criticize Kim for getting involved. In 2019, Rogel Aguilera-Mederos, 26, was driving a semi when his brakes failed. He crashed into traffic, causing a multi-car pileup of more than 20 vehicles and an explosion, all of which left four people dead. As millions of people who signed a petition to reduce Rogel's sentence have noted, a minimum of 110 years for a crime caused by an accident seems excessive. "He was not drunk or under the influence [at the time of the crash]. His brakes on the semi-tractor trailer failed," Kim posted on her Instagram Stories after taking "a deep-dive" into the case. She said even the judge didn't think 110 years made sense, given the circumstances. "However, because of the mandatory minimums in Colorado, his hands were tied," Kim wrote. "Mandatory minimums take away judicial discretion and need to end." While Rogel's lawyer told TMZ his team was grateful Kim used her platform to discuss the case, the wife of one of the victims was furious she waded in. Kathleen Harrison, whose husband, Doyle Harrison died in the accident, reportedly told the webloid she agrees 110 years is too harsh, but said Kim doesn't have all the facts, including details about how Rogel handled the accident. "I don't think that we want our local proceedings in any state taken over by who has the loudest mouth out there," Kathleen said, "because people don't know all the details. They are running on emotion."

Amelia Hamlin reflects on year she dated Scott Disick: 'I completely lost my sense of self'

Lisa Rinna and Harry Hamlin's daughter, Amelia Hamlin, spent the bulk of 2021 dating Scott Disick before news of their split surfaced in September. In a reflective post on Instagram this week, Amelia, 20, concluded she "lost" her "sense of self" during the past year, though she noted she's now embraced what she lost and more. "2021… the year of the bleached brow & dreams coming true… the year that i completely lost my sense of self.. not knowing that i would reclaim it even more authentically," Amelia captioned a series of photos, including a video that showed her running through New York City's Washington Square Park. "The year that i went to new york and never left. thank u 2021 … thank you to everyone that made my dreams come true.. u know who u r!!! I LOVE U!!!!! 🤍🤍🤍🤍🤍🥰🥰🥰🥰🥰" Amelia didn't mention Scott, 38, by name, but her post left some fans thinking the "lost … sense of self" came out of her romance with the "Keeping Up With the Kardashians" alum. According to Amelia's mom, splitting from Scott nearly one year after they were first linked was a decision Amelia "made on her own." Lisa has also acknowledged Scott's alleged reaction to the romance between his former partner, Kourtney Kardashian, and Travis Barker was hardly "helpful" when it came to his relationship with Amelia.

"Music of the Spheres," Coldplay's latest No. 1 album debut at home in the U.K., could be among the band's final studio releases. In a new interview with BBC Radio 2, lead singer Chris Martin said the band will release new music until 2025, after which they will be finished recording as Coldplay. "Well I know I can tell you: our last proper record will come out in 2025 and after that I think we will only tour," Chris said in a preview clip that aired on the "Zoe Ball Breakfast Show" ahead of the BBC's full broadcast on Dec. 23. "Maybe we'll do some collaborative things but the Coldplay catalog as it were finishes then," Chris added. As Billboard later pointed out, host Jo Whiley seemed to have reason to think Chris may have been teasing about the end of Coldplay, something that's been rumored to be on the horizon for years. In the meantime, the band, whose first album was released in 2000, are expected to hit the road in 2022 on their sustainable "Music of the Spheres" world tour, which will be powered entirely by renewable energy.

A fourth woman has accused Chris Noth of sexually assaulting her. Singer and songwriter Lisa Gentile held a press conference with attorney Gloria Allred on Dec. 23 in which Lisa claimed the "Sex and the City" star "sexually victimized" and "sexually abused" her in 2002, forcibly groping her as she attempted "to get him to stop," according to Variety. She alleged the incident took place in her apartment after he offered her a ride home from the restaurant Da Marino in New York City, where they'd been talking. She said he "forcibly pulled" her against him, then grabbed her chest, kissed her and tried to force her to touch him. She says she protested and got away from him as he called her a "tease" and a "b—-." The next day, she says he called and threatened to "ruin [her career] if she told anyone what allegedly happened. Lisa's lawyer said her client was "speaking out today" in the hopes of changing laws regarding the statute of limitations that prevent her from pursuing charges against Chris. Last week, The Hollywood Reporter published the stories of two women who said Chris assaulted them in 2004 and 2015, respectively. Another woman later came forward in an interview with The Daily Beast, where she alleged the "And Just Like That …" star sexually assaulted her in 2010. As of Dec. 23, Chris had denied all the allegations. He has also been dropped by his talent agency and fired from "The Equalizer."

Tiffany Haddish was 'disappointed' by ex, Common's claims about their split

Tiffany Haddish recently admitted she was "disappointed" in what her ex, Common, said publicly about their split. In a preview clip from Tiffany's new interview on "Hollywood Unlocked Uncensored with Jason Lee," via Entertainment Tonight, Jason asked if Tiffany and Common's breakup really was "mutual" and a case of neither party devoting enough time and energy to the romance, as Common said it had been during his own appearance on the show. Jason also referenced comments on social media from fans who suggested Common's other relationships with famous women have ended in a similar way. "He might be the type of person that never really settles with somebody, maybe he's like, you know, like a bee going from flower to flower to flower," Tiffany said, shrugging it off. "I don't know. I wish him nothing but joy and happiness, you know. He will always be cool." Jason then pressed Tiffany for more than what he suggested was the "PC answer" to his questions. "I was disappointed," she said of her ex's remarks on the show. "I was very disappointed. I was like, 'Oh, OK. 'Cause that's not what you told me, but OK.'" Tiffany went on to reveal she was surprised when the breakup landed in the news, as she wasn't warned. Still, she said she's comfortable with the idea of moving on. "It's gonna be a new opportunity," she said. "I miss him. I miss him from time to time, but that's with, I think, any intimate relationship that you might have, you miss them. But I'm fine with it. It's cool."

Happy birthday, Erica Kane! Susan Lucci rang in her 75th trip around the sun on Dec. 23, after celebrating the day before with a gorgeous pink, flower-bedecked birthday cake. "Amazing generous girlfriends to organize a PRE-BIRTHDAY lunch for me—complete with @candigrams work of art cake—topped with Peonies—in December!!! 🎂🎂🎂🎉🎉🎉💃🏽💃🏽💃🏽💖💖💖," Susan captioned a snap from the lunch alongside the hashtags "love," "sotouched" and "somuchfun." The Emmy winner and bestselling author remains one of daytime television's most enduring stars a decade after she said "goodbye" to "All My Children" in 2011 after 41 years on the show.

Actor Devin Ratray, who played Buzz, the older brother of Macaulay Culkin's character in "Home Alone" and "Home Alone 2: Lost in New York," was arrested on Dec. 22 after allegedly attempting to strangle a woman identified as his girlfriend. According to court records viewed by People, the 44-year-old former child star has been charged with "one count of domestic assault and battery by strangulation and another count of domestic assault and battery." Oklahoma City authorities reportedly told Fox News Devin is now out on bond after turning himself in following a warrant from the state for his arrest. Per a police report excerpted by Page Six and documents viewed by local news station KFOR, the woman said she and Ratray were arguing at a bar before she returned to the hotel where they were staying. She reportedly told police Ratray followed her to the hotel room, where the argument continued. At some point he allegedly punched her in the face, put his hand over her mouth and attempted to strangle her, according to People. The incident reportedly took place earlier this month. 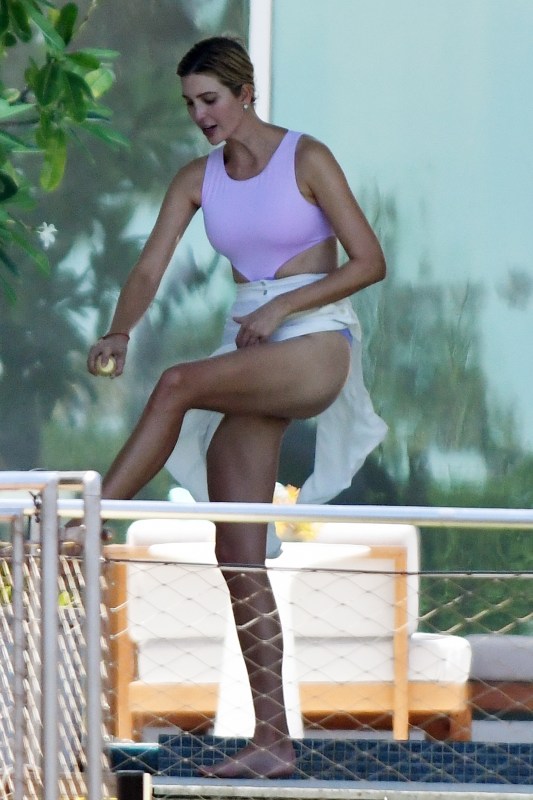