Kailia Posey, who appeared on TLC's "Toddlers & Tiaras" in 2012, died days after her 16th birthday, her mother announced on May 3. "I don't have words or any thoughts. A beautiful baby girl is gone," Marcy Posey Gatterma wrote on Facebook. DailyMail.com reported that the former reality TV star was found in a Washington state park, and later on May 3, her family confirmed her cause of death in a statement to TMZ. "Although she was an accomplished teenager with a bright future ahead of her, unfortunately in one impetuous moment, she made the rash decision to end her earthly life," they wrote. As a 6-year-old, a clip of Kailia flashing a grin was turned into a popular GIF that she and her mom often posted alongside funny phrases. Kailia had been preparing to compete in the Miss Washington Teen USA pageant and had just attended her prom when she died by suicide.

Kim Kardashian went back in time for the Met Gala. On May 2, the reality TV star attended fashion's biggest night in New York City while wearing Marilyn Monroe's dress. This wasn't just any dress, though — it was the iconic dress Marilyn wore in 1962 while singing "Happy Birthday" to President John F. Kennedy. Kim said she lost 16 pounds in three weeks to fit into the $4.8 million gown, which was lent to her by the Ripley's Believe it or Not! Museum in Orlando, Florida. "I haven't had carbs or sugar in almost a month, definitely three weeks," she said on Instagram afterward, equating it to "preparing for a role." Some historians said Kim endangered the iconic dress and that she isn't worthy of wearing it, but Marilyn's estate said the late actress would have loved it.

RELATED: What stars wore to their first Met Gala

Hollywood had some thoughts after a Supreme Court draft majority opinion on Roe v. Wade was leaked on May 2. In the preliminary opinion, which Chief Justice John Roberts confirmed was real, Justice Samuel A. Alito wrote that Roe v. Wade — the 1973 SCOTUS decision that made access to safe and legal abortion a constitutional right — would be struck down. After POLITICO received the draft, news of the leak and the bombshell decision reverberated across the country, including in the entertainment world. Olivia Rodrigo said, "Our bodies should never be in the hands of politicians." Howard Stern said the Supreme Court Justices should raise all unwanted children. Megyn Kelly and other conservatives were far more upset about the leak itself, not so much the contents of the draft opinion.

Dave Chappelle was attacked on stage at the Hollywood Bowl during the Netflix is a Joke Festival on May 3. The man who went after the comedian allegedly had a knife attached to a replica handgun. Security and Dave's pals all rushed to his aid and took down the assailant, reportedly breaking this arm in the process. The attacker, 23, was initially jailed on a charge of felony assault with a deadly weapon, but the D.A. decided against felony charges. "As unfortunate and unsettling as the incident was, Chappelle went on with the show," Carla Sims, Chappelle's representative, said in a statement to CNN. "Jamie Foxx and Chris Rock helped calm the crowd with humor before Chappelle introduced the last and featured musical guests for the evening."

The Kardashian-Jenner family was victorious in their defamation trial with Blac Chyna. On May 2, a jury sided with the famous family and awarded Rob Kardashian's fiancé no money after determining the KarJenners didn't defame her. Chyna had filed a $108 million civil lawsuit against the family in 2017, claiming they torpedoed the second season of the "Rob & Chyna" reality show after she and Rob broke up. She claimed she was headed for superstardom until the series, which had somewhat lackluster ratings, was axed. Chyna has vowed to appeal, but a GoFundMe page set up by her mom to help pay lawyer fees hasn't gained much, if any, traction. Her mom asked the public for $400,000.

Kaley Cuoco has a new man in her life. On May 3, "The Flight Attendant" star and "Ozark" actor Tom Pelphrey revealed their new romance when both posted photos with each other on Instagram. Kaley shared a slideshow of images including this one with Tom while he posted pair of pictures of himself and the "Big Bang Theory" alum looking happy and loved up. 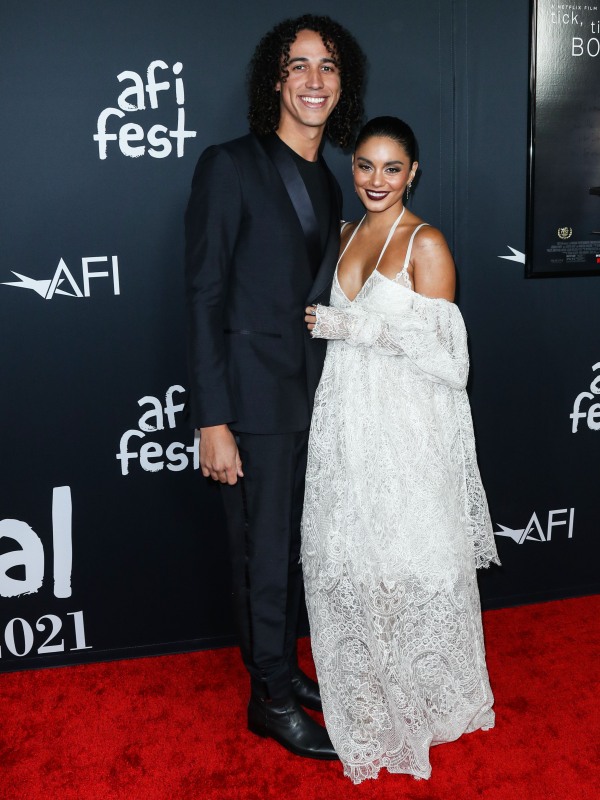