Kourtney Kardashian — now Kourtney Kardashian Barker after her marriage to Travis Barker — says she and the Blink-182 drummer have put plans to expand their family on hold. "We started an IVF journey, but I stopped," Kourtney, 43, told WSJ Magazine in an interview published Monday, Sept. 12. "It was a lot. I took a break to just focus on our wedding and getting married," she explained. The "Kardashians" star tied the knot with Travis, 46, in Italy, in May, but were trying to conceive as early as January, when they filmed scenes featuring Kourtney's Ayurvedic Panchakarma cleanse — and the sex ban that came with it — according to Cosmo. As Kourt told WSJ, though, she opted for the five-day, "no sex, no caffeine, no alcohol, no sugar" to improve her chances of getting pregnant. "It's to reset your body," she said. "You do all of that — and it's cleaning out [the toxins from] your tissues. And then you go into this spa and do treatments every day for four hours. Everything is very ritualistic and has a purpose, and it's fascinating. I was doing it mostly for cleansing my body [in preparation to] hopefully have a baby." As for taking Travis' last name? "It was just a given," she said while promoting her new wellness gummie brand, Lemme, on Monday's edition of "Today." "It wasn't a thought. Now my middle name is Kardashian," she said. The couple currently share Kourt's three kids with ex, Scott Disick (Mason, 12, Penelope, 9, and Reign, 7) and the children Travis shares with ex Shanna Moakler (Landon, 18, and Alabama, 16), plus Travis' former stepdaughter, Atiana De La Hoya. "Because I came from a blended family, we have experience," Kourtney explained. "And also we've known each other and I've had my own relationship with his kids for 10 years … I think it makes it easy."

RELATED: Kravis hit the red carpet with their blended family at 'The Kardashians' Hulu premiere

Britney Spears unleashed another tirade about her 13-year-long conservatorship on Instagram over the weekend, slamming her father and longtime estate conservator, Jamie Spears, and explaining why she "probably won't perform again." In a since deleted post captured by The Hollywood Reporter, the singer said she wasn't given approval rights on photos or videos under the legal arrangement, and ended up disliking virtually all of the ones that were generated from her tours at that time. She also described feeling a sense of "humiliation" because of the dancers her team hired to join her onstage. "I'm pretty traumatized for life and yes I'm p***** as f*** and no I won't probably perform again just because I'm stubborn and I will make my point," she wrote in part. Later in the post, Britney lashed out at her dad directly, using mostly unprintable language. Jamie, meanwhile, has reportedly appealed the latest ruling in Britney's conservatorship case. Although the conservatorship was terminated in November 2021, multiple financial matters remain unresolved as Britney's lawyer seeks to prove Jamie mishandled his daughter's estate. A judge recently ruled Jamie must sit for a deposition with Britney's lawyer, but said Britney could skip being deposed by Jamie's lawyer and provide any necessary information in writing instead. Jamie has since appealed the decision, saying both parties should be subject to the same deposition requirements, TMZ reported on Monday, Sept. 12.

There may be something to those rumors about Leonardo DiCaprio and Gigi Hadid, after all. "Leo is definitely pursuing Gigi," one source tells People. Another insider says the two "are getting to know each other" while Leo spends time in New York City in the wake of his recent split from actress Camila Morrone. While the second source notes Leo and Gigi aren't formally "dating," a third insider tells the outlet they have "been seen hanging out with groups of people," adding that "it's only been a few weeks since the split" and Leo's mostly been "spending time with friends and family." The Oscar winner, 47, called it quits with Camila, 25, in part because of "distance" and because the relationship simply "ran its course" after four years, according to previous reports from E! News and The Sun. Gigi, 27, split from Zayn Malik last fall, about a year after welcoming their daughter, Khai.

It's all love between Drew Barrymore and her ex, Justin Long, more than a decade after they called time on their on-off romance. On the Season 3 premiere of "The Drew Barrymore Show" on Monday, Sept. 12, the former couple reflected on their apparently "hedonistic" relationship from 2007 until 2010. Sharing a hug as Drew teared up with emotion, Justin recalled the laughs they enjoyed together. "We laughed so much, like that was so much a part of our connection was that we love funny people. We enjoy laughing at all times," he said, according to Entertainment Weekly. "I love that we maintained our love because I know for my end it will never go away." As Drew got weepier, she recalled conversations they had after they split and how she hoped to show him she'd matured over the years. "I feel like we've been through so much together too," she said. "I feel like when we used to, like, talk and FaceTime, I was always like, 'You know, I've really grown up, Justin.' I always wanted to prove what a different person I was than when we dated." When Justin assured Drew she was "the best" back then, too, she noted that there was also plenty of "chaos" in their on-off romance. "We had so much fun, but we were more hedonistic, more immature. We would get together, we would break up. There was chaos … It was h**** fun," she recalled. "Fun chaos. Well, yeah, most hedonism is fun," Justin agreed. Before the stars wrapped up their emotional reunion, they chatted about Justin's current relationship with Kate Bosworth and even made plans to all go out together sometime soon. "I'm just so happy because you deserve to be happy," Drew said. "I'm so thrilled for you."

"I got in the wrong elevator at the wrong time," joked Anna Kendrick after posting about her scary experience getting stuck on an elevator at the Toronto International Film Festival over the weekend. The actress, who was in Canada to promote her new film, "Alice, Darling," shared more details about the incident and subsequent rescue during a chat with Entertainment Weekly at TIFF on Sunday, Sept. 11. "I got out. Some lovely Canadian firefighters had me crawl out the top of the hatch," she explained. "But, yeah, it was, like, seven of us in an elevator just waiting to be rescued by firefighters. It was so absurd that it would happen on a film press tour that it just seemed so immediately comical." She also shared a hilarious video of the whole thing, including the "lovely firefighters'" rescue, on Instagram. "Ah, the classic 'I'm behind schedule at this film festival because I had to be rescued from an elevator' excuse …," she quipped in the caption. "I couldn't stop cracking jokes," Anna later admitted before realizing the humor may have been her way of dodging the anxiety. "Although, maybe that's a defense mechanism. Come on, Anna. Do you know anything about yourself?! she joked. "I think that was probably a defense mechanism."

Prince Harry was not granted permission to wear his military uniform to Queen Elizabeth II's funeral, vigil or other mourning events, despite his decade of service in the Royal Army, multiple outlets reported this week. Harry's uncle, Prince Andrew, however, was photographed in military dress beside his siblings at the queen's lying in state vigil on Monday, Sept. 12. Only working members of the royal family are approved to wear military uniforms to the official events following the queen's death last week, according to The Independent. An exception was made for Andrew at the queen's vigil so he could participate in the Vigil of the Princes, in which the queen's children stood guard beside their mother's casket as it laid in state at St. Giles' Cathedral in Edinburgh, Scotland. Still, given the scandal surrounding Andrew's exit from public life — which included a civil sexual assault case and his close ties to Jeffrey Epstein — Harry's differing treatment with regard to the military dress rule is already drawing attention to his rift with the royal family. That's particularly true since the queen broke tradition last year when she decided no members of the royal family would wear military uniforms to Prince Philip's funeral. Despite the tensions, Harry and Prince William reunited for a rare public appearance with their wives in Windsor over the weekend. The Duke of Sussex also honored both late grandparents in a touching tribute to the queen on Monday. Addressing her as "Granny," he wrote on Instagram that he and his family can "smile knowing you and grandpa are reunited now, and both together in peace."

"Fast & Furious" star Paul Walker's family and former castmates paid tribute to the actor on what would have been his 49th birthday this week. "Happy birthday to my best friend and twin soul," the late star's daughter Meadow Walker wrote alongside a gallery of sweet throwback photos on Instagram on Monday, Sept. 12. "I love you forever and miss you everyday." The model, 23, also included a shoutout to her dad's eponymous foundation's scholarship fund "New @paulwalkerfdn designs out today to celebrate you! Do good, be good 💙," she added in the post. Jordana Brewster also had Paul on her mind Monday as she shared a video featuring her and Paul from the "Fast & Furious" set. "I find these on my phone and feel like he is still here," she wrote in the caption. "Paul's laughter. His beautiful smile and spirit." Like Meadow, Jordana encouraged fans to celebrate Paul's birthday by picking up something from the Paul Walker Foundation's online shop. Paul died on Nov. 30, 2013, in a car crash in Valencia, California. He was 40. 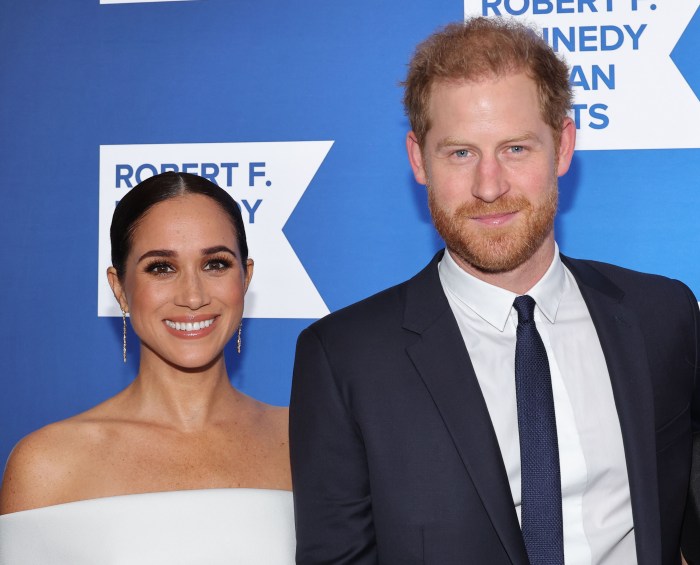 Up Next Sussexes go glam