Dolly Parton's Dollywood to cover full college tuition, plus fees and books, for all employees

Dolly Parton — whose "Imagination Library" program has given kids around the world more than 100 million books and whose foundation has funded millions of dollars' worth of scholarships for students and prizes for teachers — just doubled down on her education support efforts. Beginning Feb. 24, the singer-songwriter's Dollywood Theme Park will cover 100% of tuition, fees and textbooks "for any employee who chooses to pursue further education." That includes more than 11,000 full-time, part-time and seasonal employees at any of the 25 Dollywood parks in America, according to TheNews.com. "When our hosts strive to grow themselves, it makes our business and our community a truly better place," said Dollywood Company president Eugene Naughton, according to local outlet WZTV. "We care about our hosts' development and we want their future to grow because of love, not loans." The move has already spawned calls of "Parton for President" on social media. In 2020, Dolly's $1 million donation to COVID-19 vaccine research helped fund the creation of the Moderna vaccine.

Were it not for the cast and crew of "Better Call Saul," there's a good chance Bob Odenkirk would no longer be with us. The actor and comic opened up about the heart attack he suffered on the set of the show last summer in an interview published by the New York Times Feb. 9. And it's pretty clear from his rehash that his co-stars Rhea Seehorn and Patrick Fabian helped save his life, as did his decision to go watch some baseball and work out after a long shoot. "We were shooting a scene, we'd been shooting all day, and luckily I didn't go back to my trailer," said Bob, 59. "I went to play the Cubs game and ride my workout bike, and I just went down. Rhea started turning bluish-gray right away." Rhea and Patrick reportedly called for help and after everyone waited for assistance to arrive — across the large soundstages — the health safety supervisor, Rosa Estrada, and an assistant director, Angie Meyer, got to Bob and began to give him CPR. They also used an automated defibrillator, according to the Times, but two tries didn't do the trick. "The third time, it got me that rhythm back," Bob said. He also explained that he'd "known since 2018 that I had this plaque buildup in my heart," and was good about staying healthy and exercising. But he'd gotten differing advice on what to do about the problem and ended up not moving forward with medication. "One of those pieces of plaque broke up," he explained, saying later that doctors were able to get to his heart through the veins in his wrist. Once there, they "blew up the little balloons and knocked out that plaque and left stents in two places," he said. The sixth and final season of "Better Call Saul" airs on AMC on April 18.

Now that Megan Fox's divorce from Brian Austin Green is official, the actress could soon press the gas on her wedding plans with Machine Gun Kelly. "MGK and Megan are over the moon and more in love with each other than ever before," a source tells ET. "They are elated to start this new chapter together of being engaged, as well as with their families. The kids really enjoy each other, and their families have integrated seamlessly with one another." Though the "Midnight in the Switchgrass" stars just got engaged last month, ET's insider says planning for the big day is already underway and the bride and groom-to-be hope to say "I do" "sooner than later." "They have talked about wedding plans and want something very dark yet romantic, that shows off their luxe and sexy sides, with black and red colors, lace," says the insider. "Megan and MGK know that they are each other's soulmates, so they want to get married sooner than later." Megan's split from Brian, with whom she shares sons Noah, 9, Bodhi, 7, and Journey, 5, was finalized earlier this week. (Brian recently said he's "happy for" his ex and that they have no bad blood between them.) The two were together for the better part of a decade, other than a brief separation, before Megan filed for divorce (for the second time) in November 2020. MGK shares a 12-year-old daughter, Casie, with his ex, Emma Cannon.

Former "Cheer" star Jerry Harris pleaded guilty to child pornography charges in Chicago Federal court on Feb. 10, according to TMZ. The popular reality star was told he could face up to 50 years in prison when he's sentenced on June 28. Jerry's scandal became part of the hit Netflix show, which chronicles one, and later two college cheer teams as they work towards winning a championship. The FBI reportedly began investigating claims Jerry allegedly solicited minors for sex in the spring of 2019, when he was 19. According to previous reports, he is believed to have asked teenage boys for "sexually inappropriate photos" and videos. He was arrested in September and charged with producing child pornography, according to TMZ.

After years of falling ratings, last year's Academy Awards ceremony hit a record low in viewers, with fewer than 10 million people tuning in. Seth Rogen isn't sure why that matters to members of his industry — after all, these are exclusively honors for and from those involved in making films. "I don't get why movie people care so much if other people care what awards we give ourselves," he explained in an interview with Insider, published shortly after the 2022 Oscar nominees were announced. "To me, maybe people just don't care," he continued. "I don't care who wins the automobile awards. No other industry expects everyone to care about what awards they shower upon themselves. Maybe people just don't care. Maybe they did for a while and they stopped caring. And why should they?" Though he's never been nominated for an Oscar, Seth has attended the ceremony and presented awards in the past. It sounds like he's been contacted about potentially hosting, too. "I'm sure there are comedians out there that want to, right?" he said to Insider. Asked if he'd ever been asked to host, he was initially quiet. Then, laughing, he admitted, "Maybe a soft conversation." This year's Oscars will return to having a host for the first time since 2018, though no host has been announced as of this week. The Oscars air March 27.

Talk about dedication! On Feb. 8, Gayle King revealed she was appearing on "CBS Mornings" from inside the back of a van outfitted with a studio, after testing positive for COVID-19. Her test was likely a false negative, according to her doctor, since her subsequent tests showed no sign of the virus. "I've been so freaking careful. I just couldn't believe it," she said on the show, according to People. "… I had a positive PCR, a negative antigen. Then, we've since taken multiple [tests], they've all been negative. Everybody on my team is negative. I don't even know how to explain this." She added that she'd just spoken with her doctor. "She said, 'Gayle you're fine just put on your mask and carry on.' But it is very, very jarring, I have to say," the anchor admitted. Despite the assurance, Gayle opted to appear from the studio van with a green screen behind her out of an "abundance of caution," she said. The veteran journalist has previously said she's been vaccinated and boosted.

Kim Kardashian has yet to speak publicly about her relationship with Pete Davidson, but according to Caitlyn Jenner, Kim's "very happy" nearly four months into their romance. The "I Am Cait" star was asked about the new couple during a chat with Capital Radio's breakfast show on Feb. 10. "Kim does seem very happy," Caitlyn said, according to the Daily Mail. "I've talked a little bit about it, you know, with my family," she continued, before semi-joking, "I have to be very quiet!" She went on to recall that she spoke to Kim about Pete recently, telling the show host, "I was talking to her the other day and I said, 'you know, I haven't even met him yet … he hasn't been at any function that I've been at.' And she goes, 'oh my God, you'll love him! We have to go to dinner!'" So anyway that's going to happen pretty soon." Caitlyn added, "Honestly, I like to see Kim happy. Kim is the most amazing human being I know out there." Pete, who shared a kiss with Kim in a sketch when she hosted "Saturday Night Live" in October, said in an interview earlier this week that he's moving from New York's Staten Island to Brooklyn. He referred to Kim as his girlfriend for the first time publicly in the same interview.

On Feb. 9 — the same day Snoop Dogg announced his acquisition of Death Row Records, the label that launched his career — a woman filed suit against the rapper in Anaheim, California, claiming he and another man sexually assaulted her after a concert in 2013. According to Pitchfork, the woman is only identified as Jane Doe. She claims that after a Snoop Dogg performance, Snoop's friend and associate Bishop Don "Magic" Juan drove her to his home despite her request to be taken to hers. She claims Don assaulted her while she was there, before allegedly taking her to Snoop's studio, where she says the rapper sexually assaulted her "in a bathroom stall." Jane, a dancer, model and actress, says Don encouraged her to go to the studio for a taping in the interest of her career, according to NBC News. In the filing, she goes on to claim she felt pressured because of Snoop Dogg's "dominance and his position of power over her, including his ability to hire and fire her and ensure that she would never be hired in his industry again." Reps for the rapper have reportedly denied the allegations to TMZ. Snoop's slated to perform at the Super Bowl Halftime Show this weekend. the filing notes the woman attempted to resolve the matter in mediation but no agreement was reached. She's now seeking a jury trial, punitive damages and recovery of her legal fees. Snoop and Don, meanwhile, are accused of sex trafficking, sexual battery and sexual assault. In the early hours of Feb. 9, Snoop shared a post on Instagram that read, "Gold digger season is here." 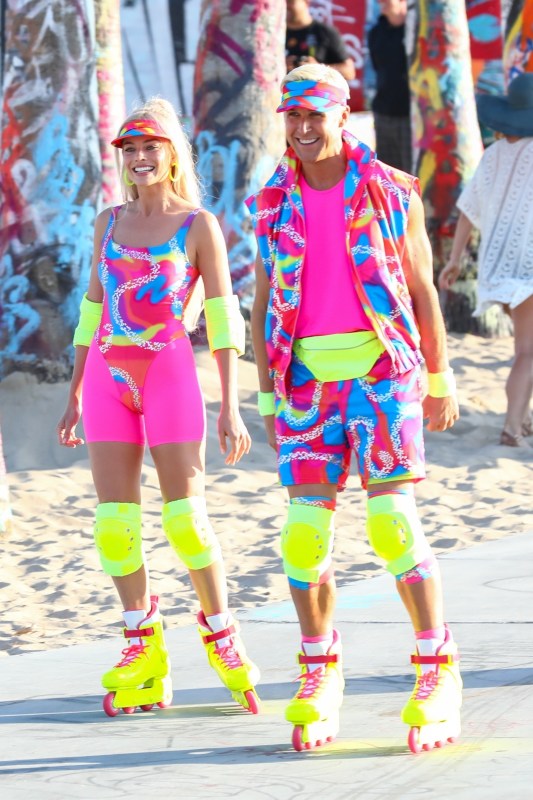