In 2012, Angelina Jolie was named a special envoy of the United Nations High Commissioner for Refugees. She was promoted to the role after serving as a Goodwill Ambassador to the UNHCR from 2001 to 2012, during which time she brought attention to the plights of refugees on her nearly 60 field missions. In her expanded role, the mother of six focuses on major crises that result in mass population displacements, undertaking advocacy and representing the organization on a diplomatic level. But while the actress-director might be the most famous U.N. ambassador, she's certainly not the only one. Wonderwall.com has rounded up more celebrities who lend their star power to the U.N.'s agencies. Keep reading to see more…

RELATED: Celebrities who founded their own charities

Emma Watson was appointed a U.N. Women Goodwill Ambassador in July 2014. In the role, she works to empower young women and serve as an advocate for the group's HeForShe campaign, which promotes gender equality.

In December 2013, Katy Perry was named a UNICEF Goodwill Ambassador. "I believe young people have the power to change their own lives, with our help," the pop star said when she was appointed. "I am honored to join UNICEF as a Goodwill Ambassador, and committed to doing everything I can to help children and adolescents who come from such different backgrounds but want the same thing: a brighter future."

Sarah Jessica Parker has been a UNICEF Goodwill Ambassador since 1997. One of her main focuses has been to serve as a frequent spokesperson for Trick-or-Treat for UNICEF. "My involvement with UNICEF is particularly important to me because it is UNICEF that introduced me to volunteerism, thereby helping me to set my own personal standard of contributing my time and giving back to others," she's said. "Working on behalf of UNICEF's lifesaving efforts is one of my most valued roles."

In November 2018 when she was 14, Millie Bobby Brown was named UNICEF's youngest ever Goodwill Ambassador. "It's a dream come true to become a UNICEF Goodwill Ambassador," the "Stranger Things" actress said at the time. "It's a huge honor to join such an impressive list of people who have supported UNICEF over the years. I am looking forward to meeting as many children and young people as I can, hearing their stories, and speaking out on their behalf."

Good Charlotte rocker Joel Madden was named a UNICEF Goodwill Ambassador in 2008. After visiting a water project in Africa in November that year, he said, "I see 25,000 fans in stadiums we play to regularly. I can visualize that number, and it gives me chills to think that many children under 5 die every day from preventable causes. One major way we can tackle this and help reduce that number to zero is by making sure schools and communities get better access to safe water and sanitation facilities."

UNICEF Goodwill Ambassador Lucy Liu took up human trafficking as her cause. In September 2009, she spoke at a symposium organized by the U.S. Agency for International Development, where she described girls' experiences in being trafficked. "With no options and not enough protection," she said, "the world's poorest children are being recruited more and more into a gruesome array of practices that include trafficking for sex, soldiering, begging, scavenging, working in factories and on farms, and domestic servitude."

Former child star Alyssa Milano has been a UNICEF Ambassador since 2003. "I think that celebrity is a really important thing, because we have the voice that's recognizable, that can educate and empower people to make a difference," the "Charmed" alum has said.

Tea Leoni has been a UNICEF Ambassador since 2001 and a UNICEF USA national board member since 2006. The United Nations' children's charity is very important to her family — Tea's grandmother, Helenka Pantaleoni, co-founded UNICEF USA in 1947 and served as its president for 25 years.

Orlando Bloom was appointed to be a UNICEF Goodwill Ambassador in October 2009. "UNICEF is known all over the world for delivering humanitarian aid," he's said. "But they also educate and provide tools to help women and children. I responded to how UNICEF works as much as I did to the work itself. I look forward to learning more and to supporting UNICEF any way I can." In May 2019, he visited Mozambique to help children in the aftermath of two tropical cyclones.

Kristin Davis has been a Goodwill Ambassador to the United Nations High Commissioner for Refugees since April 2017, after working with them for three years. "I can't imagine going through what these children and their families have gone through, much less having the strength, resilience and extraordinary bravery these children possess," the mom of two said after visiting refugees in Bangladesh in 2017.

In April 2017, United Nations Secretary-General Ban Ki-moon designated Leonardo DiCaprio as a U.N. Messenger of Peace with a special focus on climate change. "I feel a moral obligation to speak out at this key moment in human history — it is a moment for action," the Oscar winner explained. "How we respond to the climate crisis in the coming years will likely determine the fate of humanity and our planet."

"This cause means a lot to me because I really want to be able to have an opportunity to help UNICEF make the world aware of challenges that children face," tennis champ Serena Williams said when she was appointed a Goodwill Ambassador in 2011. "I want to be the best at what I do and whether it's tennis or anything else, I definitely want to stand out and make a lasting impression."

Brazil-born model Gisele Bundchen has been a Goodwill Ambassador for the United Nations Environment Program since 2009.

UNICEF has called Selena Gomez a Goodwill Ambassador since September 2009. "This generation of children believes they can make a difference, and they take action. It starts with quality education and leadership opportunities, like those UNICEF is providing," she said after a 2014 trip to Nepal. "I'm so proud to serve as a UNICEF Ambassador and be part of a greater movement to help the world's children."

Ricky Martin is a long-time UNICEF supporter who was first associated with the United Nations Children's Fund in 1984 when he was in the pop group Menudo. In 2003, he was named a Goodwill Ambassador.

"As a mom myself, it's devastating to know that children are suffering because they don't have adequate nutrition. All children should be able to grow up strong and healthy, with the opportunity to reach their full potential," pop star Pink said when she was appointed as a UNICEF Ambassador in November 2015. "I want to use my platform to help end global malnutrition, which is why I'm so excited about UNICEF Kid Power — which gets kids and families involved in saving children's lives."

After working with UNICEF since 1997, Liam Neeson was named a Goodwill Ambassador in 2011. He started his relationship with UNICEF as the face of the "Change for Good" program, which collected unused currency from airline passengers.

Whoopi Goldberg was appointed as a UNICEF Goodwill Ambassador in 2003. She began her relationship with the organization by working to ease the burden of HIV/AIDS on children around the world.

Connie Britton joined the United Nations Development Programme as a Goodwill Ambassador in April 2014. "When we empower women to take control of their lives, their finances and their future, entire families, communities and nations benefit," she's said. "I have witnessed these life-changing results during my travels with UNDP, and for me, empowering women has become personal. Fighting poverty has become personal. And I believe the two go hand in hand."

During a visit to Cambodia in April 2004, Jackie Chan was named a Goodwill Ambassador for both UNICEF and the Joint United Nations Programme on HIV/AIDS (UNAIDS).

The United Nations Development Programme named Antonio Banderas a Goodwill Ambassador in 2010 to help with the fight against poverty. "Poverty robs us of our potential as a people, preventing us from being all that we can be," the actor said. "This is why it is so important to mobilize all of our efforts to defeat it, especially if today we have the knowledge, the tools and the resources to do it."

When Shakira was named a Goodwill Ambassador for UNICEF in 2003 when she was 26, she was the youngest ever person ever assigned to the role. "UNICEF has done tremendous work in my home nation of Colombia and I have seen first-hand the difference UNICEF makes," the singer — who was also the first Colombian to be appointed as a global Goodwill Ambassador — said. "It's rewarding to know that I join such a great list of stars supporting UNICEF, and can personally contribute to improving the lives and futures of children."

"Children uprooted from their homes by war and disaster endure the most disruption to their lives," Priyanka Chopra said after making a May 2019 trip to Ethiopia with UNICEF as a Goodwill Ambassador. "They miss out on education, healthcare and stability, which makes them extremely vulnerable to violence, abuse or exploitation."

David Beckham was named a UNICEF Goodwill Ambassador in 2005 and has focused his efforts mainly on UNICEF's Sports for Development program.

"This is the beginning of an important journey for me. As a woman and a mother, I have a responsibility to support other women," Victoria Beckham said when she was named a UNAIDS International Goodwill Ambassador in 2014. "I am proud and honored to be working with UNAIDS in this new role to help to raise awareness to support and empower women and children affected by HIV."

As a U.N. Women Goodwill Ambassador, Nicole Kidman, who was appointed in 2006, helps to raise awareness about the infringement on women's human rights around the world.

U.N. Women named Anne Hathaway a Goodwill Ambassador in 2016. "I feel honored and inspired by this opportunity to aid in advancing gender equality," the Oscar winner said at the time of her appointment. "Significant progress has already been made but it is time that we collectively intensify our efforts and ensure that true equality is finally realized."

The United Nations High Commissioner for Refugees has been working with Cate Blanchett since 2014. The Goodwill Ambassador and mother of four has said that since getting involved, her life has been "both shaken and enriched."

Susan Sarandon has been a UNICEF Goodwill Ambassador since December 1999. Through the organization, she's participated in HIV/AIDS youth advocacy events in Tanzania and has traveled to India, where she met met women and girls who were victims of gender discrimination.

Laurence Fishburne has been a UNICEF Ambassador since 1996. In June 2004, he traveled with the group to South Africa to see UNICEF-supported programs for children affected by HIV/AIDS. He went back to Africa in 2007, visiting Ivory Coast and Liberia's UNICEF-supported centers for war refugees and former child soldiers.

Mia Farrow became a UNICEF Goodwill Ambassador in September 2000. Although she advocates for all children, she has a special focus on children impacted by armed conflict.

Angie Harmon's first act of duty as UNICEF Goodwill Ambassador was appearing in public service announcements to raise awareness of child trafficking in 2013. 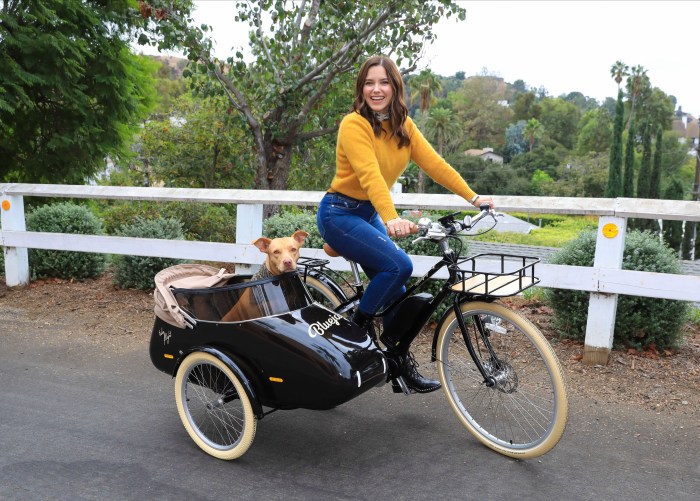